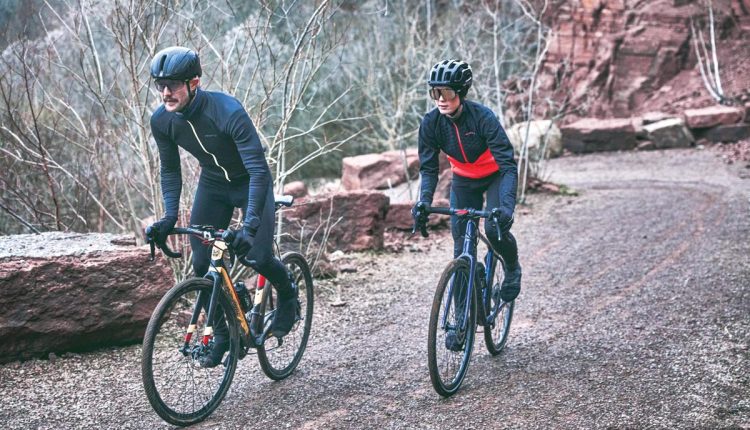 The third hour is the proving ground for winter cycling gear. You can make it through one hour with mediocre gear. Mid-level cycling apparel will keep you warm enough for a two-hour ride, or at least allow you to get home before you’re too miserable. But deep into hour three, the strengths and critical flaws of winter gear come to the fore. With this in mind, I chose a chilly Saturday in December to put an ensemble of Craft winter cycling apparel to the test.

My personal history with Craft apparel dates back about 20 years to a thermal, wind-front base layer I purchased and have used every winter since. I still have it and wore it a few days before cracking open a box containing a brand-new Active Extreme X Wind base layer. The new one is a great update to one of my favorite pieces of winter gear. The wind-protection panels have been extended from the front-facing portion of the torso to include the front and top of the shoulder caps. This is a welcome change, as the shoulders are leading edges exposed to the wind for cyclists in performance-oriented positions.

The fit of the Active Extreme X Wind base layer ($99) was familiar. It’s a body-hugging design with flat-lock seams, but the polyester fabrics are soft and the fit is not constrictive. The Seaqual fabric, made from 100 percent recycled plastic (including 10 percent from plastics removed from the ocean), is a nod to the company’s initiatives to incorporate more sustainable and eco-friendly products.

On top of the base layer, I was trusting only a Craft Adv SubZ Lumen cycling jacket ($199) to keep my body heat in and the cold wind out. If I’m honest, foregoing a long-sleeved jersey between the base layer and jacket seemed like the biggest risk of the entire ensemble. I grew even more apprehensive when I realized the jacket was considerably lighter weight than the winter jackets I normally rely on. For added insurance, I put a long-sleeved jersey into one of the jacket’s three rear pockets, which are generously sized to accommodate extra layers without notably tightening the fit across the belly. They also feature drain
holes, and the right-side pockets (zippered and main) include ports for wired headphones. 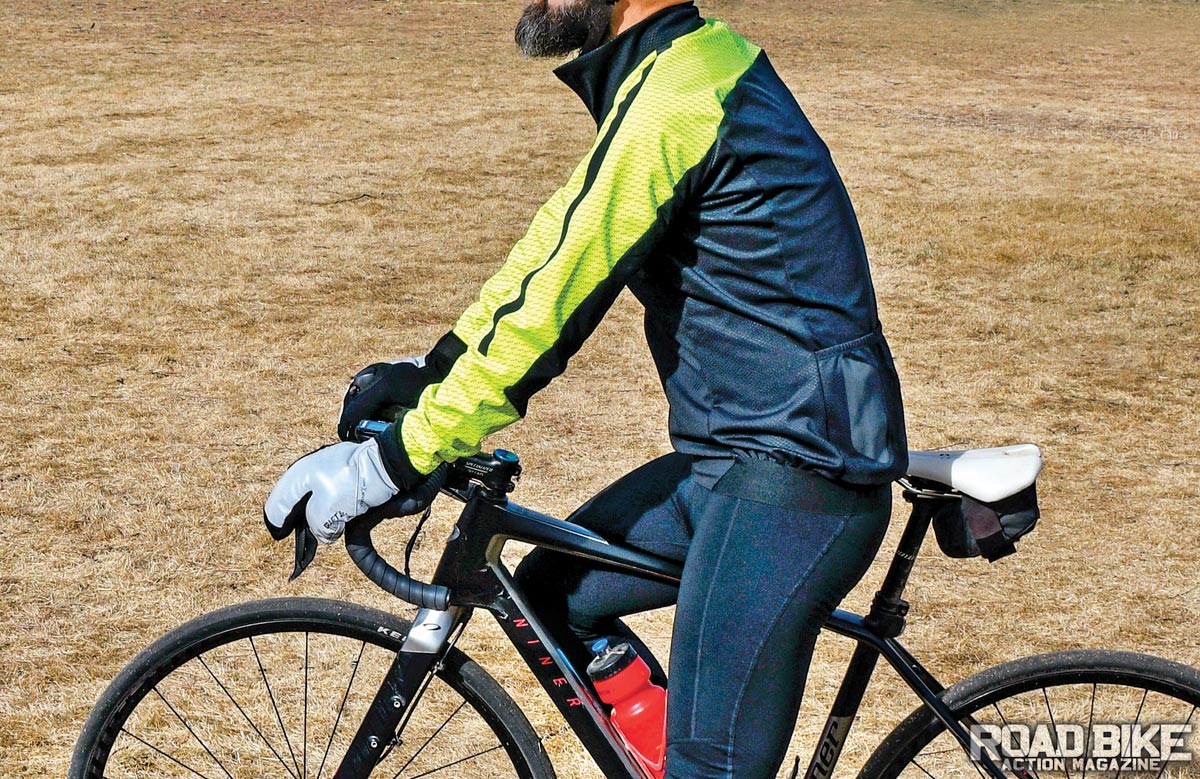 With just the base layer underneath, the fit of the SubZ Lumen jacket was roomy for me at 5-foot-9 and 145 pounds, but that also meant there was room to add an insulation layer if needed. The sleeves were notably long for me, and even in a forward road cycling position, smoothing out the sleeves required rolling the cuffs three times. Thankfully, the material is thin enough that rolling the cuffs didn’t affect the fit of the Siberian Glow Split Finger gloves ($75).

To keep my lower body warm, the jacket and base layer were paired with Adv SubZ Lumen bib cycling tights ($179). With a 31-inch waist and 30-inch inseam, the men’s medium was a little longer and roomier than I expected but comfortable. The flat-lock seams around the knees and the zippers at the cuffs are thoughtfully positioned to minimize bunching or chafing—another winter gear issue that seems to crop up after three hours.

The Craft ensemble was finished off with the Siberian Glow Split Finger gloves and an Active Extreme X Wind hat ($40). The hat’s construction was similar to the base layer, with a wind-protection panel across the front and soft, warm polyester around the rest of the head. The contoured shape allowed for full coverage low across my brow, down over my ears and low across the base of my skull. The gloves feature huge reflective panels across the entire back of the hand and fingers, just in case you need to direct a taxiing aircraft.

OUT ON THE ROAD 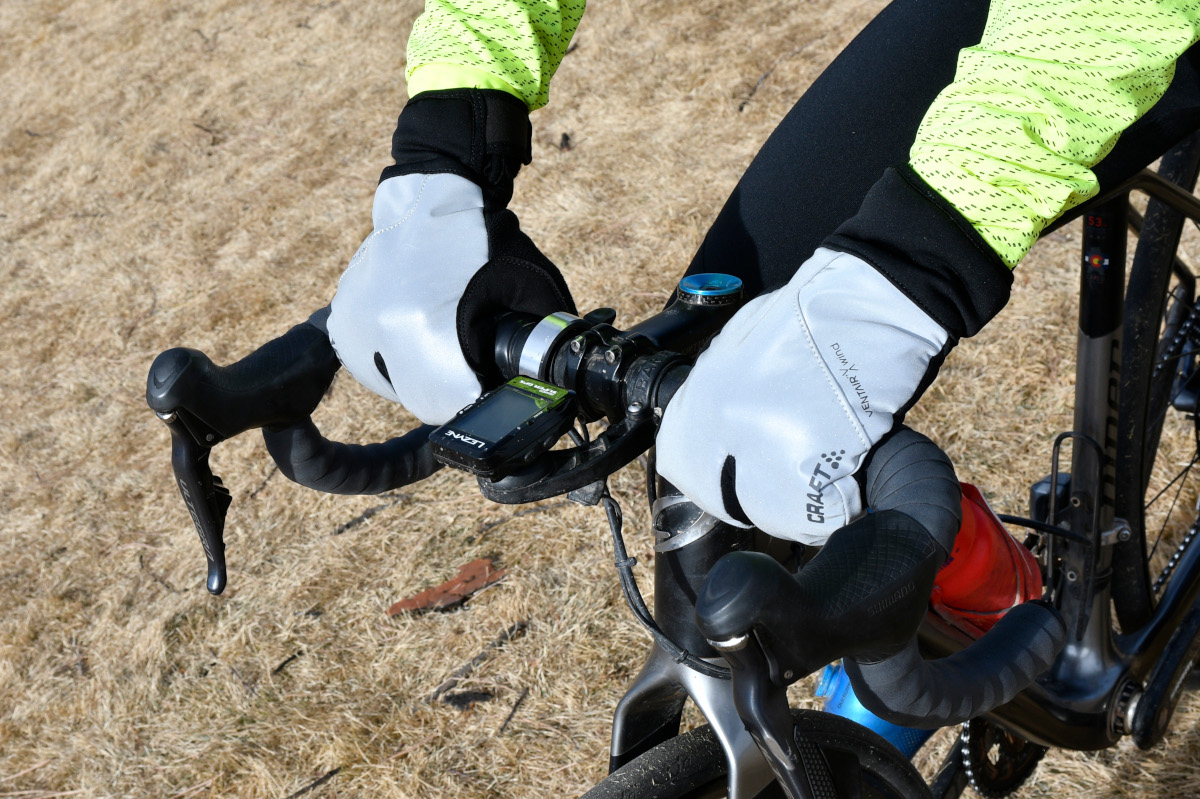 Here’s the thing, I hate being cold, and I don’t perform well when I’m cold. My legs feel like blocks of wood, my power output drops, perceived exertion goes up, and all I can think about is how soon I can get home. During the test, though, my legs felt great and my performance (power output, heart rate and perceived exertion) was comparable to a day 30 degrees warmer. Besides the cold air on my face and my slowly chilling feet, I didn’t really notice the air temperature was hovering around the freezing mark.

On test day, the temperature in Colorado Springs, Colorado, was between 31-35 degrees Fahrenheit, with sunshine and light wind at 5–10mph. The first 90 minutes of the ride was slightly uphill with a crosswind, a combination that could very easily result in overheating and sweat-soaked layers. Instead, I stayed warm and dry and, best of all, strong.

I planned my route specifically to see how the apparel would handle the transition from sweating on a gradual climb to mostly spinning on a prolonged downhill into a headwind. Turning into the headwind and gaining speed, I anticipated a sudden chill across the front of my body accompanied by a crushing ice-cream headache. Nothing. Twenty minutes later, at the bottom of the descent, my nose and toes were the only parts of me that were notably cold.

I had also arrived at a critical junction. A left turn would commit me to a route of nearly four hours with no early cut-off options. That would get me home after 4 p.m. on December 18, just three days before the earliest sunset of the year and at least half an hour after the sun dips behind Pikes Peak. Straight ahead would offer plenty of options for getting home before the temperature dropped with the sun.

A week earlier, in similar conditions, I went straight; on test day, I turned left. I wasn’t counting the miles and minutes until I could get off the bike. I wanted to keep riding. Even my feet, which were not clothed in anything related to Craft, weren’t as cold as normal, perhaps because the rest of me was warm enough to keep some circulation moving all the way to my toes.

As I cruised through the final few miles of the ride, in the cold shadow of Pikes Peak after four hours on the bike, I only wished Craft made winter socks and/or cycling shoe covers. If I were to change anything else, it would be the gloves. My hands were plenty warm enough throughout the ride, and even rewarmed pretty quickly following a stop when I took them off for several minutes. However, the squared-off shape of the fingertips made operating the shifters and brakes somewhat clumsy, even for split-finger gloves, and the placement of the thumb-to-palm seam limited the comfortable options for hand placement.

The latter could be mitigated with a larger size, potentially, but that might also exacerbate the problem of excess bulk at the fingertips. I don’t necessarily think it’s a flaw in the design of the gloves as much as it is related to the shape of my hands and the setup of my brake hoods, but if you’re ordering a pair, I’d recommend ordering two size options (read the return policy first), trying them both on and keeping the pair that might seem a bit large.