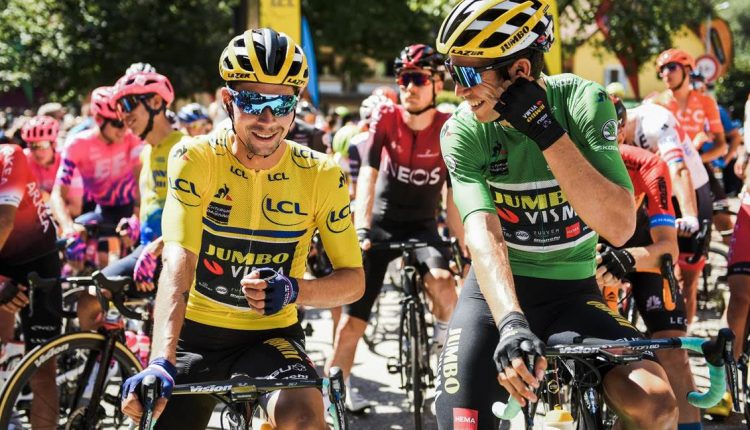 As large as the Tour de France looms on the race calendar, we wouldn’t be able to get there until we pass though the early days of June with the Criterium du Dauphine – now in its 74th running.  This is the last chance for many riders to prove themselves capable of getting chosen for La Grand Boucle that kicks-off less than a month later.

Ø Among the riders of the 74th edition of the Critérium du Dauphiné, which will start in Ardèche on 5 June and finish on 12 June on the Plateau de Solaison in Haute-Savoie, the yellow and black jerseys of Jumbo-Visma are the most likely favourites. The Dutch team has a similar line-up to the one that dominated Paris-Nice with Primož Roglič and Wout van Aert, but with the addition of Denmark’s Jonas Vingegaard.

Ø Facing this armada, the Ineos Grenadiers will not be left behind with Tao Geoghegan Hart as the leader. The competition could also come from American Brandon McNulty, Australian Ben O’Connor or Frenchmen David Gaudu and Warren Barguil.

With July approaching, yellow is the fashionable colour. This year, the tendency should not be an exception, and the colour will be the most observed when the peloton sets off, as the Jumbo-Visma team has chosen to go to the Critérium du Dauphiné to try to show its strength. With Primož Roglič and Jonas Vingegaard as leaders, the two runners-up to Tadej Pogačar in the Tour de France in 2020 and 2021, it is clear the yellow and black team has more than its fair share of the pre-race favourites. The rest of the line-up indicates that the Jumbo-Visma riders certainly will have the opportunity to excel every day by establishing a hold on the race as they did a few months earlier on Paris-Nice.

The stages in the Ardèche could be suitable for Wout van Aert or Christophe Laporte, whereas the time trial in La Bâtie d’Urfé could be a good opportunity for Rohan Dennis to star. In the mountains, the big names will also be able to count on the support of lieutenants like Tiesj Benoot and Steven Kruijswijk. The list is impressive, but the future is never so easy to read in the entry lists, and the potential rivals of the “Primož gang” will also have their say throughout the week.

The most logical choice to compete with them is Ineos Grenadiers, the British team that has won seven of the last eleven editions of the Dauphiné, including last year with Richie Porte. The role assigned to the Australian in 2021 will this time go to Tao Geoghegan Hart, who has not had the opportunity to take on the leadership role for his team since winning the Giro in October 2020. On a different note, his teammates Filippo Ganna and Ethan Hayter are also expected to impress. The anticipated match could be troubled by several riders, who at times have performed well during the season. For example, this is the case for the winner of the Tour of Sicily, Damiano Caruso and his teammate at Bahrain Victorious Jack Haig, 6th on Paris-Nice; or Brandon McNulty, twice winner at the beginning of the season on the roads of Ardèche.

A rider like Wilco Kelderman (4th in 2021) should not be excluded from the list of contenders, as the valiant Dutchman plans to ride the Giro d’Italia and the Dauphiné in a row. Among the French teams, AG2R Citroën Team is counting on Australian Ben O’Connor for the Alps challenge. The Dauphiné could also be a chance for David Gaudu, who won a stage on the Tour of Algarve, but was then troubled by crashes and physical problems, to get back to serious business, while Warren Barguil has honed his calves by winning on the roads of the Tirreno-Adriatico and the GP Indurain.

THE 22 TEAMS OF DAUPHINE’