When an old guy takes control 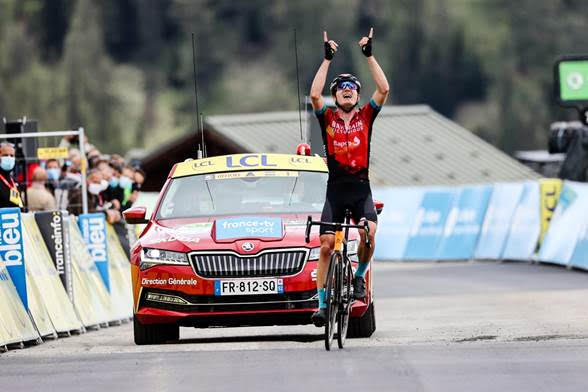 As the Criterium du Dauphine climbed into the clouds on an Alpine summit finish on Saturday Australia’s
Richie Porte emerged with the overall lead with a single stage remaining. 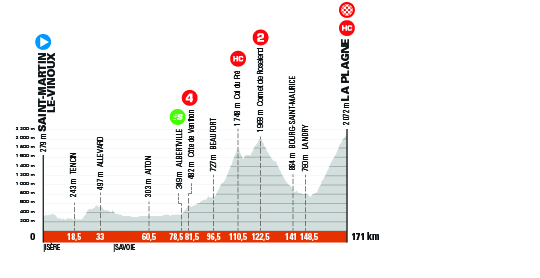 The stage itself was won by an exultant Mark Padun of Bahrain Victorious, who threw back his head and laughed as he crossed the line at the La Plagne ski resort at 2072m above sea level. Ineos new recruit Porte, third in last year’s tour de France, attacked from a kilometer out and only Miguel Angle Lopez was able to follow, the Colombian
coming third on the day.

“When I crossed the line I thought I’d wake up in my bed,” said the 24-year-old Ukrainian who admitted attacking so that his mum would see him on
television.

“We have the numbers so we worked the numbers,” explained the affable Porte who rode with team-mates Thomas and Tao Geoghegan Hart for most of the stage.

Overnight leader Alexey Lutsenko is now second overall at 17seconds with Geraint Thomas in third.
The stage took in the tough ascent and tight descent of the Cormet de Roseland with its hairpin bends and breathtaking lake below.

Sunday’s final stage in the Upper Savoy features some tough climbing but the finish line comes 16km after the final summit.

HOW TO WATCH UNBOUND GRAVEL LIVE