Jumbo rider Primoz Roglic won the Criterium du Dauphine on Sunday at the Plateau de Solaison, less than three weeks before the start of the Tour de France. The Slovenian took second on the eighth and final stage won by his Danish teammate Jonas Vingegaard. The two Jumbo riders worked together on the final ascent of a stage that included four climbs. Vingegaard, with Roglic following his rear wheel, delivered the decisive attack with 3 miles to go. After shaking off their rivals, the two men crossed the line holding hands with Roglic allowing Vingegaard to lead by half a wheel.

“We had a plan that I would attack and he would follow me and we would try and drop everyone,” said Vingegaard. “We can be very happy.”

Australian Ben O’Connor of AG2R finished 15 seconds behind to take third on the day and in the race. In the final classification, Roglic was 40 seconds ahead of Vingegaard with O’Connor at 1:41. Jumbo dominated the race, with another of their stars Wout Van Aert winning a stage and leading for three days.

Vingegaard, who appeared even more comfortable than Roglic on the final climb, took his first win in the Dauphine, a year after showing his potential by finishing second overall in his Tour de France debut. That was the second straight second place in the Tour for Jumbo, who also had a rider finish third in 2019. The Criterium is designed as a rehearsal for the Tour, but Vingegaard said it did not prove Jumbo could dominate the three-week race.

“It will be hard for us to be one-two in the Tour because there are so many more general classification contenders and the competition will be harder,” he said before abandoning his caution: “But we go for at least one of us trying to win it.”

The 32-year-old Roglic took his second WorldTour stage race victory of the year in the absence of fellow Slovenian and Tadej Pogacar, winner of the last two Tours de France. In March, Roglic won Paris-Nice, a race he lost on the final day in 2021.

On Sunday, he made up for more last-day disappointment in the 2020 Dauphine when he abandoned on the morning of the final stage while wearing the leader’s jersey, following a fall. 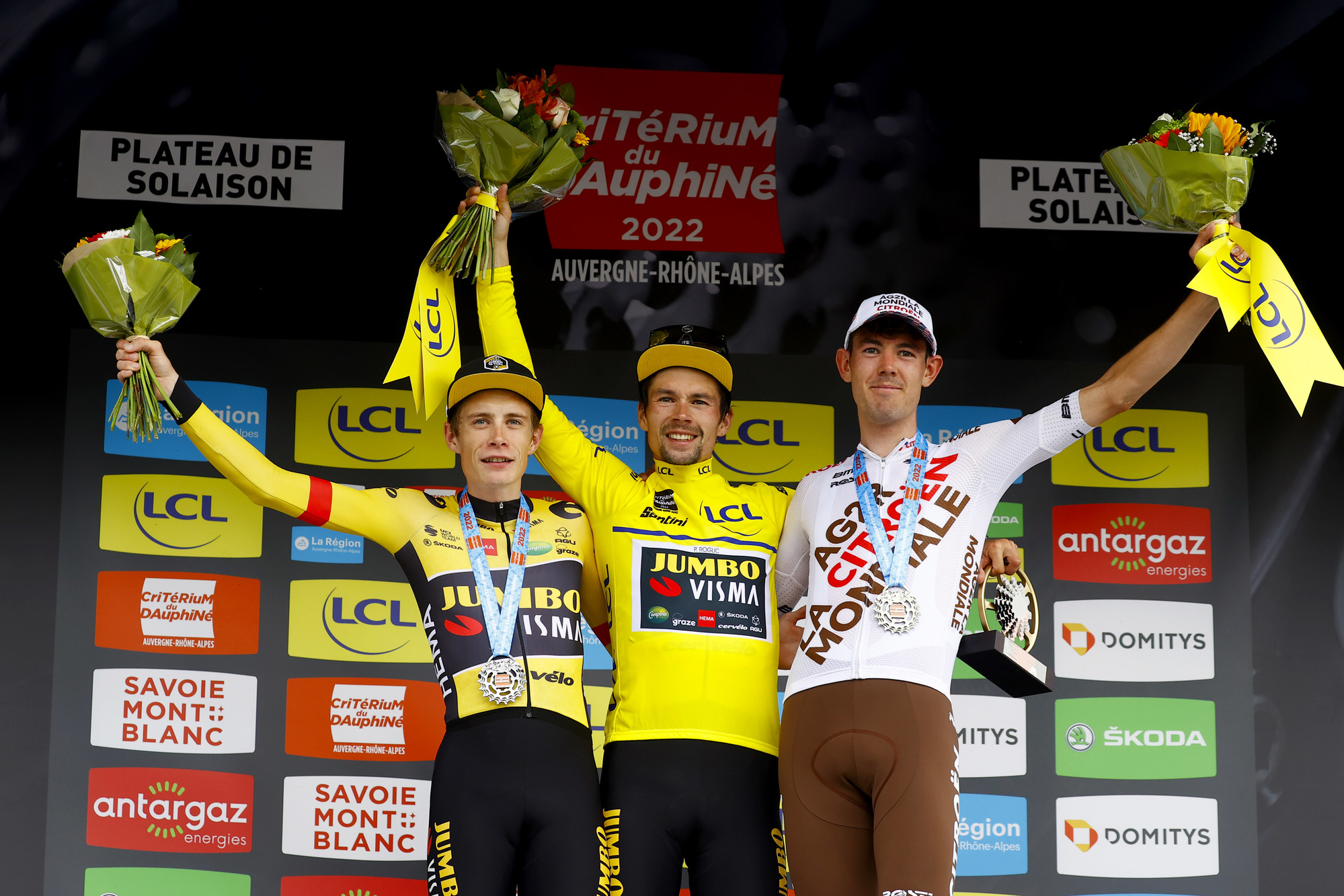 ONE MAN’S WAY WITH WHEELS – INSIDE BOYD CYCLING