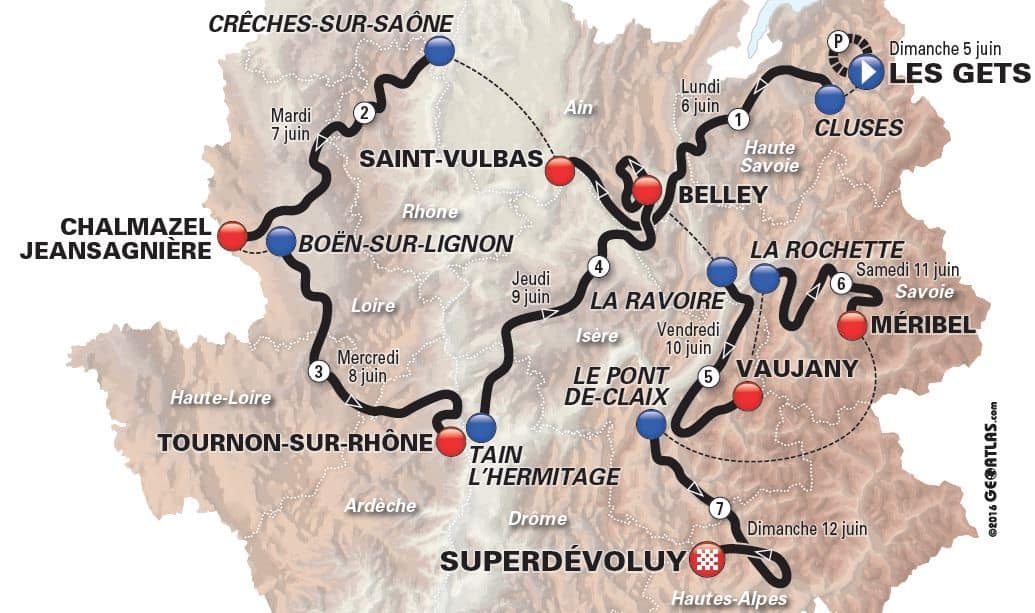 Contador, who has never won this race before, suggested on the eve of the Dauphine that he was unsure of his form and was more interested in improving his physical condition than eyeing overall victory.  “It’s a bit of a surprise to beat Froome and Porte but I knew that I could do well. I didn’t think that I could win,” said Contador.

Yet he mastered the tough prologue course which, although short, at a 9.7 percent average gradient was as tough as any climb the riders will face on the race this year and a useful gauge to who has the best climbing legs a month out from the start of the Tour.

Froome, who won the Dauphine in both 2013 and last year — the same years he won the Tour — set the early pace with a time of 11:49 having decided to go out early over concerns it might rain later in the afternoon.  “It was tough. I was running out of legs,” he said before Contador and
Porte had finished. “I’m happy with that. Just the feeling makes me happy. I feel like I’m in
good shape now. I still have some work to do and I hope to keep the momentum till the Tour
de France.”

Starting in the final five riders, Tinkoff’s Contador set an incredible pace and took the lead before Froome was also beaten by his former Sky team-mate Porte, now with BMC. It was, by contrast, a miserable day for several potential Dauphine winners and Tour challengers with Italy’s Vuelta a Espana champion Fabio Aru finishing 36th at 1:08 and Frenchman Thibaut Pinot 17th at 52sec, both well off the pace.

Contador has not won the Tour since 2009 — he was stripped of his 2010 victory after failing a doping test — and last year finished a disappointing fifth. His best result in the Dauphine was second in 2010 and 2014 but while last year he arrived at the Tour following a victory in the Giro d’Italia, this year he has been 100 percent focused on the Grand Boucle. He had not raced since winning the Tour of the Basque Country two months ago.

Before that he had been in fine form, finishing second at the the Tour of Catalonia and Paris-Nice, as well as third at the Tour of the Algarve — the latter two won by Froome’s Sky team-mate Geraint Thomas while Nairo Quintana triumphed in Catalonia.

Froome has not raced since a disastrous Tour de Romandie in April where a puncture on the second stage left him well out of contention, although he did fight back to win the penultimate stage.

Quintana has been in good form, winning the tours of Catalonia and Romandie while finishing third in the Basque Country and Tour de San Luis. He is skipping the two traditional Tour de France warm-up events — the Dauphine and Tour of Switzerland — to concentrate on altitude training.