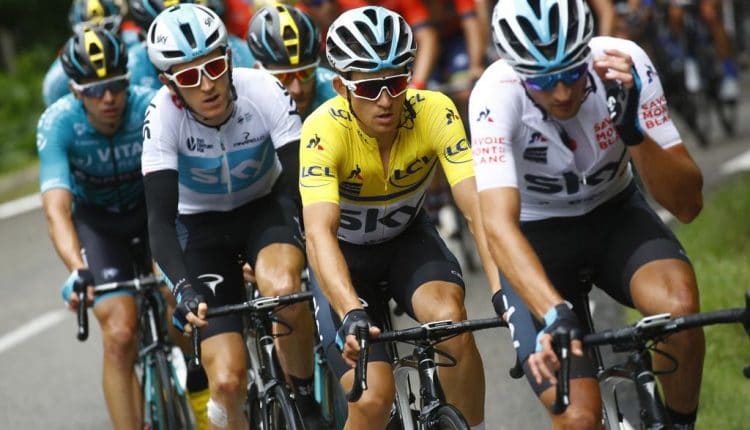 RBA/AFP – Daryl Impey of the Australian Mitchelton team punched the air in victory after unexpectedly dominating a bunch sprint on Monday’s stage of the eight-day Criterium du Dauphine.

A smiling and relaxed Impey, 33, told reporters at the finish line he had not expected his win, nor to feel so strong as he easily outpaced Frenchman Julian Alaphilippe into second. Sky’s Polish rider Michal Kwiatkowski retains the yellow overall leader’s jersey after his victory in the prologue, a 6.6km time trial on Sunday.

Alaphilippe tried to drop the peloton 4.5km from the Loire finish line at Saint-Just-Saint-Rambert when he accelerated up the final climb, which may have cost him dearly in the eventual bunch sprint.

Just a kilometre from home, Italy’s Vincenzo Nibali also made a break for the line only to suffer the same fate as Alaphilippe when he too was reeled in by Sky’s efforts to keep 2014 world road race champion Kwiatkowski, who finished fifth, in yellow. “I didn’t think I had the legs today,” Impey said. “But when the sprint started I was in a great position, really, I wasn’t expecting it.”

Tuesday’s 181km rolling run from Montbrisson to Belleville includes four category 3 climbs and one category 4, but may also finish in a bunch sprint. The race culminates with four consecutive summit finishes as the peloton slogs over some of the most challenging Alpine climbs in cycling. 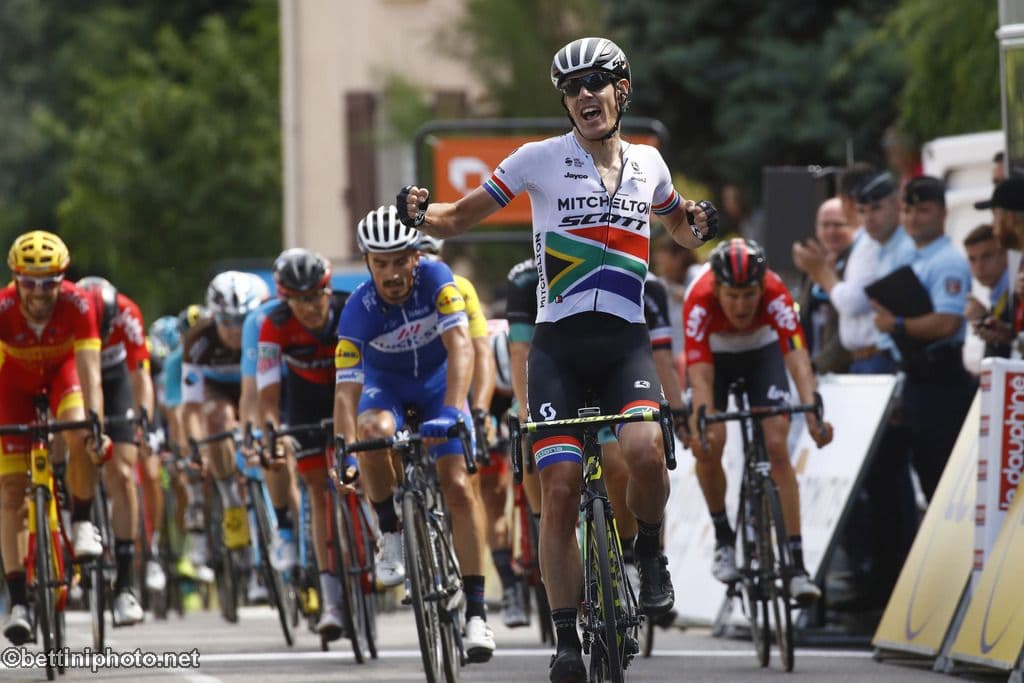