Belgian racer Thomas De Gendt of Lotto held on to the overall leader’s
yellow jersey after the fourth stage, 27sec ahead of Porte and 51 ahead of third placed Alejandro Valverde. Spain’s Alberto Contador is at 1min 02sec and Sky leader Chris Froome a further 2sec adrift of the pace on the eight-stage race which is seen as a form indicator for the Tour de France.

Froome had predicted that the time trial would be key to determining an eventual victor as anyone taking advantage would have less work to do in the mountains. Porte flew round the course at an average speed of more than 50kph, finishing 12sec faster than German speed specialist Tony Martin in second and 24 ahead of the on-form veteran Valverde.

Thursday’s stage looks to be one for the sprinters before the race heads to the mountains and culminates with two summit finishes at Alpe d’hues and Plateau de Solaison, where Froome and Contador are expected to lock horns with Porte. 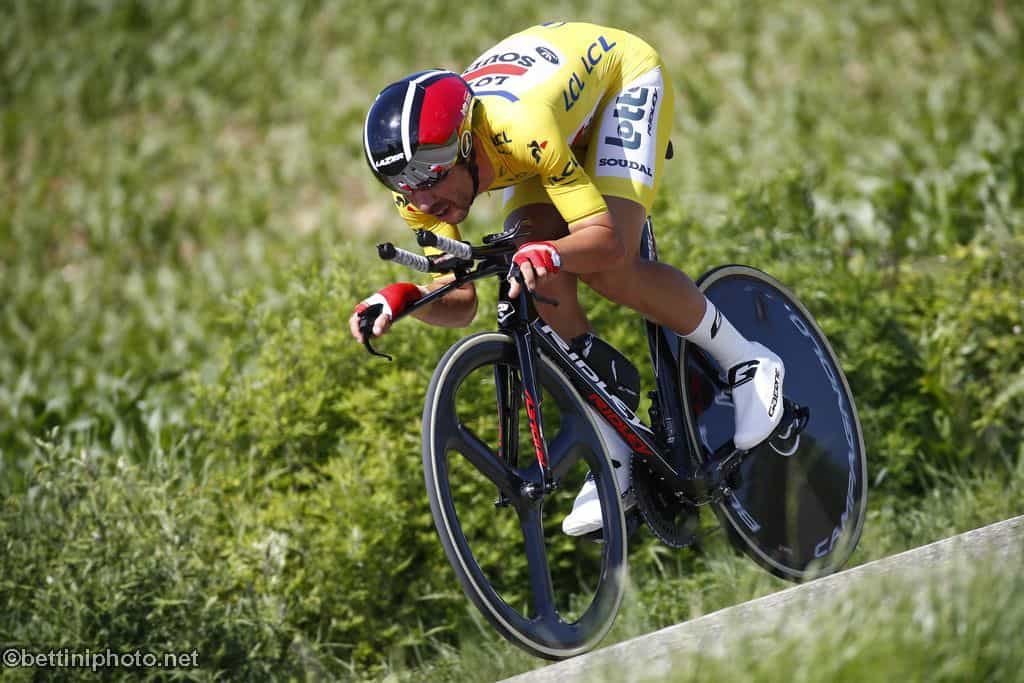 From NFL To Cycling: Jeff Byers