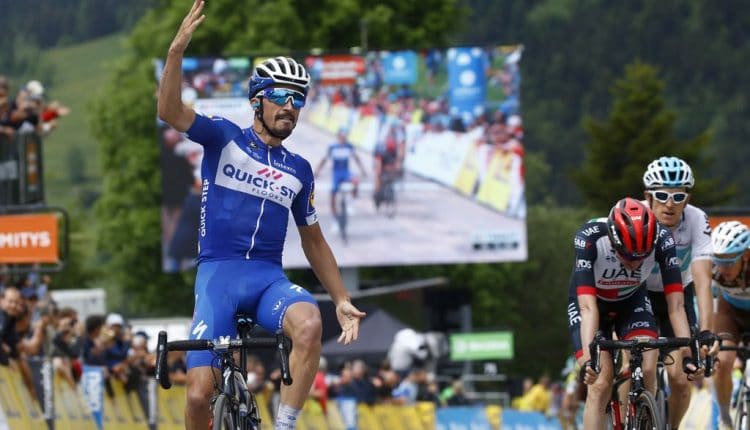 RBA/AFP – Quick Step’s Julian Alaphilippe beat a bevvy of top-drawer climbing talent to win the fourth stage of the Criterium du Dauphine in a summit finish in lashing rain on Thursday.

Sky’s Gianni Moscon emerged as the new yellow jersey after finishing in the winning pack along with Ireland’s Dan Martin, Welshman Geraint Thomas and the great French hope Romain Bardet of AG2R.

This first foray into the Alps saw an early escape which only ended with 400m to go when Martin dug in and caught the last survivor the Italian Dario Cataldo of Astana.

Martin, who rides for Emirates, went for the line setting a pace too hot for overnight leader Michal Kwiatkowski. Despite losing a little ground, the Pole is still level second with Sky teammate Geraint Thomas at 6sec in the overall classification. Martin, Bardet and Thomas were all overtaken a couple of metres before the finish line as Alaphilippe, who rides for Quickstep, timed his late burst to perfection.

“I felt great and knew I had a chance to win just looking at the race profile before the race,” said the Frenchman who is fourth in the overall at 48sec. “I was uncomfortable in all that rain but I just gave it everything I had in the last 50 metres,” he said.

Friday’s stage culminates with a 12.7km climb at an average gradient of 7 percent, which may suit a climber such as Briton Adam Yates of Mitchelton or Bardet, who are 7th and 9th respectively at 1min 11sec and 1min 49sec. 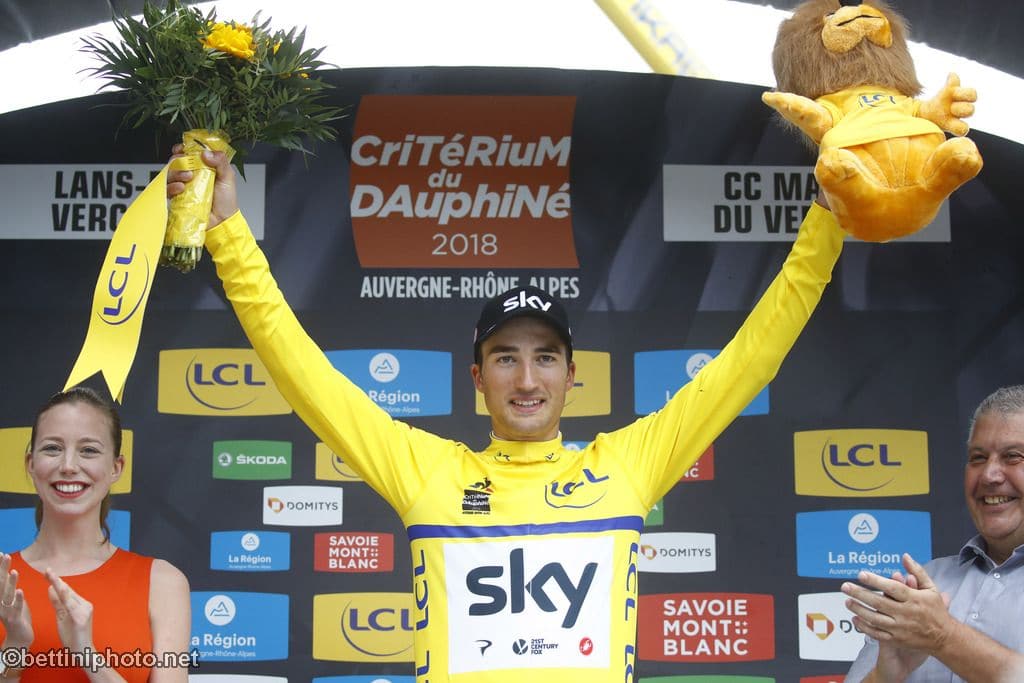