Keeping the Amy D legacy at the races 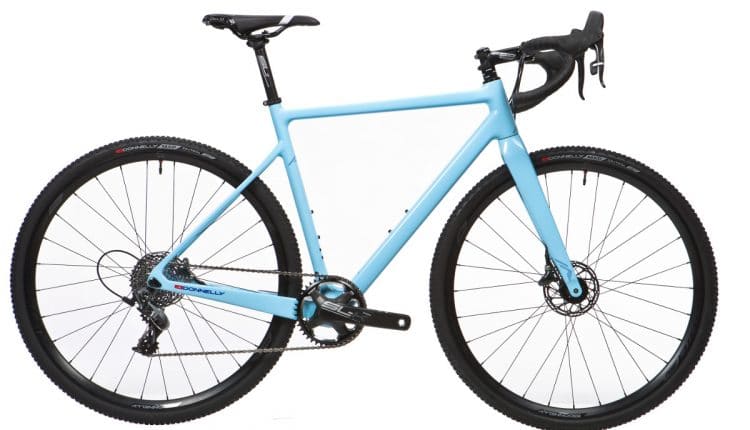 Donnelly Bikes is rolling into the cyclocross and gravel season with two lines of bikes, each optimized for their respective pursuits, well as a fully decked-out ‘cross team (below).

AS FOR THE TEAM

Haidet, the 2016-2017 U-23 Cyclocross Champion, will be building upon a successful 2017 season of strong results with several wins and podiums. Haidet has spent his off-season racing with Team Aevolo, a road development team that has, by all definitions, shocked the socks off the pro peloton in some of the biggest domestic races of the season including the Tour of Utah and the Colorado Classic. Haidet and his teammates rallied around Luis Villalbolos to give the 20-year-old Mexican into the Best Young Rider jersey and biggest story of the Tour of Utah. Prior to that, Haidet’s team swept the U-23 national road championships with both a TT and road race victory.

Rejoining Haidet in Donnelly’s signature red, white and black kits for her fifth season is Laurel Rathburn who moves out of the U-23 category and up to the elites. Like Haidet, Rathburn has spent much of her off-season road racing with Team Colavita. Late summer training has included a return to Marian University for track work with her Marian Cycling teammates as she enters her final college year. “Racing on an Amy D. Blue bike presents an amazing opportunity to remind the cyclocross community and beyond what a strong, determined, funny and happy person Amy was and to carry on her legacy,” said Rathburn. “She possessed so many qualities that I admire. I’ll never forget an announcer once telling me that if I kept working hard, I could follow in her footsteps. That memory flashes through my head pretty regularly and is a terrific motivator. “

Cyclocross race fans will get a healthy dose of Amy D Blue this season as Donnelly just announced last week they would be sponsoring the Amy D Foundation developmental cycling program with the Amy D Blue framesets and tires. Additionally, Donnelly has pledged a portion of proceeds from the sales of those framesets and complete bikes to the Foundation.

The Donnelly Pro team will select from a quiver of tubular and tubeless-ready cyclocross tires depending on conditions and terrain. Among the battery of weapons are the Donnelly LAS, the PDX, the MXP, and the BOS. The bikes will be built with FSA components including their new K-Force WE electronic groupset. Additional sponsors include Giro helmets and shoes, Vision, Lizard Skins, Selle Italia saddles, and Sock Guy.