Dario Pegoretti To Star At The Handmade Bike Show

The Italian framebuilder's spirit lives on at NAHBS 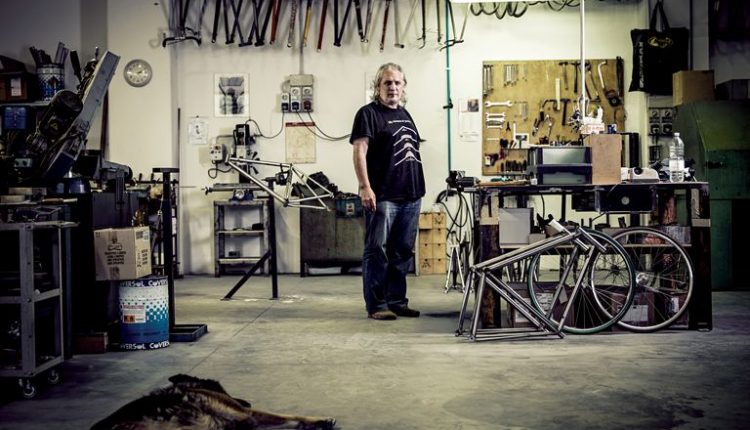 The North American Handmade Bicycle Show is pleased to announce that “Officina” Dario Pegoretti — the team that Dario trained for many years — will be exhibiting at NAHBS 2019, showcasing the technical and artistic vision of their legendary founder. NAHBS will be held at the Sacramento Convention Center, March 15-17, 2019, in what will be the show’s 15-year anniversary.

Pegoretti, a legendary Italian bicycle framebuilder who passed away unexpectedly from heart failure this past August, was widely considered to be one of the greatest contemporary bicycle framebuilders. He used only steel and aluminum to build his frames, and created awe-inspiring custom paint and graphics designs that were coveted by his customers. Pegoretti was a multi-time NAHBS award winner, receiving the President’s Choice award in 2007 and winning Framebuilder of the Year in 2008.

Read the tribute to Dario Pegoretti

In a statement released from Gita Sporting Goods, importer and wholesale distributor of high quality bicycle equipment and soft goods based in Charlotte, NC, longtime Pegoretti frame builder Pietro Pietricola said, “We can’t yet talk about losing our amazing friend – it’s still too near. But if Dario taught us anything, it was the ability to continue his work, developing the excellence and artistry of Italian frame building. And of course, to never turn the music down. We’re going to respect his wishes.”

Don Walker, founder and president of NAHBS, added, “Dario was the total package– an exceptional designer, meticulous frame builder, mind-blowing artist, and all around nice guy. The impact Dario had on his fellow builders and within our entire industry is immeasurable. To have his legacy live on at NAHBS is truly an honor.”

This will be the third time in the show’s history that its being held in Sacramento. Over 100 exhibitors have already signed up for the 2019 show, and event organizers are anticipating that booth space will sell out. Historically, Sacramento has always been one of NAHBS’ strongest locations.

New for 2019 is a special offer for New Builders, which includes booth space for just $600. In order to qualify as a New Builder, you must not have produced more than 50 bicycles total, nor been in business more than 3 years. For more information or to register, please visit https://on.spingo.com/es/nahbs_2019

About the North American Handmade Bicycle Show
Established in 2005, the North American Handmade Bicycle Show is the largest and oldest handbuilt bicycle show in the world. NAHBS is a space for the sharing of ideas and innovation, promoting custom bicycles, and the companies that support the market. NAHBS keeps itself fresh by traveling to a different city each year, and over 175 vendors make the trip for the annual show. For more information, please visit http://www.nahbs.com. Connect with NAHBS socially on Instagram, Facebook, and Twitter.