DAVE TOWLE – GETTING PAID TO MOUTH-OFF 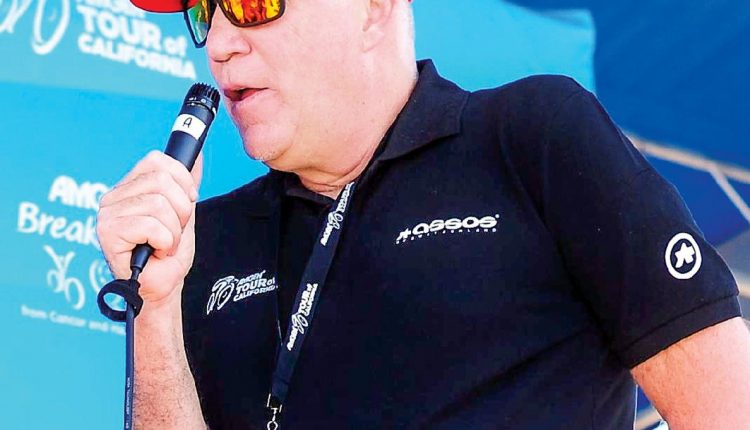 For anyone who has attended any number of U.S. road races over the last three decades, there is a good chance that you’ve heard Dave Towle’s voice booming from the loudspeakers. Not just a super fan, the Boulder, Colorado, resident is a veritable bike freak with an encyclopedic knowledge of all things bike racing.

Being big fans of bike freaks ourselves, after running into him at the Belgian Waffle Ride last summer, we decided to sit down and find out more about his side of the sport and how he’s evolved from announcing outdoor races to virtual Zwift racing.  Being as friendly and passionate about bicycles and racing  as he is, I would encourage anyone who hears Dave’s voice at an event  to introduce yourself in the hopes that some of his enthusiasm might rub-off on you!

WHO IS DAVE TOWLE? 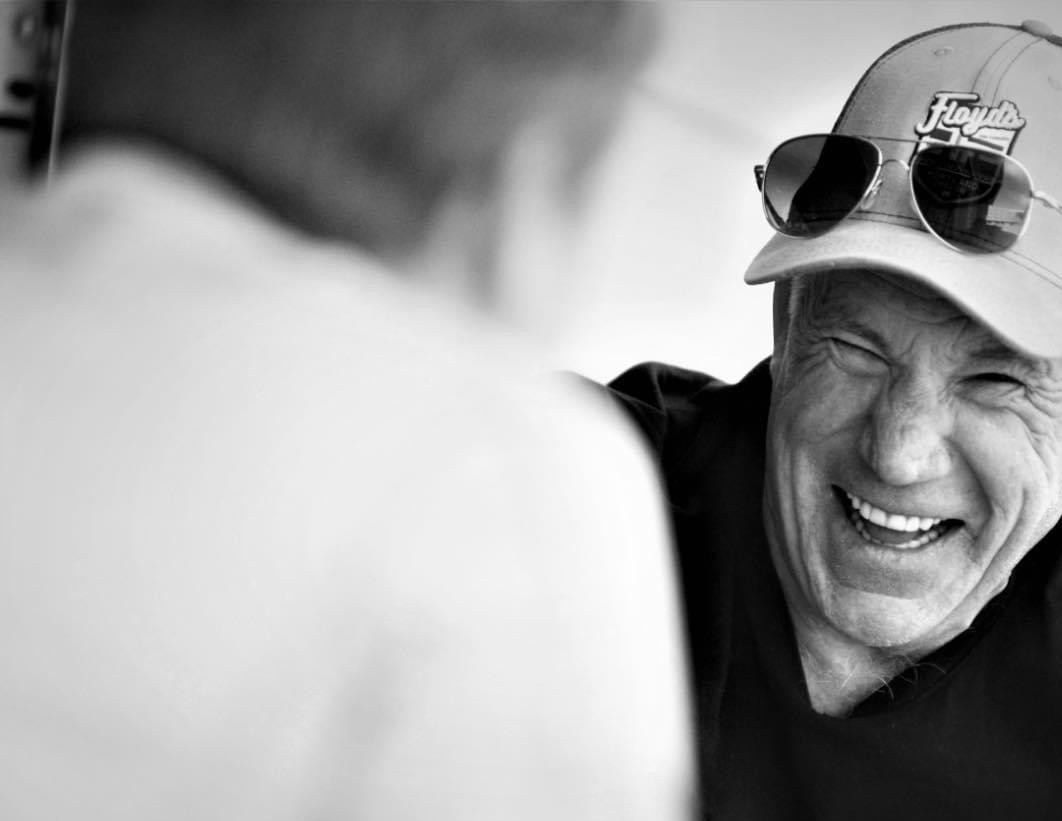 How did you get involved in cycling?
I grew up near the Coors Classic race office and was always fascinated by the goings-on there. I loved everything about bikes from then on—riding, racing, the culture and all the incredibly cool people I’d met. The first team I worked with at the Coors Classic in 1981 was as a “gopher” with the incredible Soviet team. Funny story, but when I was just 15, I got to drive them around Boulder like a tour guide and I got pulled over! I was in awe and never really looked back.

How did the commentator gig come about?
I was a lifelong mechanic and journeyman in the cycling industry when I started working for the Saturn Cycling team doing a virtual bicycle race at auto shows around the U.S. to promote the team. I ended up at the Saturn Cycling Classic working out of the booth when the announcer that day in Breckenridge, Colorado, in 2002 was unable to make the finish. I was more than happy to give it a shot, and one year later I was announcing the first Tour de Georgia. I never really paid my announcer’s dues I guess.

What is the hardest part about the job?
The fact that you have to keep your energy up all day long doing the Cat 4s in the morning all the way to the pros 10 hours later. Doing the bigger races is always way easier as far as burning calories goes.

Is there a “best” race that you’ve announced?
That’s really tough, as there are a lot of metrics to consider. The biggest race I’ve done was the road Worlds in Richmond on Libby Hill. It was nowhere near as crazy as announcing the final race for Brad Wiggins at the Kupke in Ghent where I was the only English-language announcer in the Ghent six-day history; I’m really proud of that.  The day I was on Taylor Street in San Francisco for the San Francisco Gran Prix in 2005 was probably the day I remember most fondly. It was insane and intoxicating to be in a crowd like that.

Do you have a favorite race to call?
The Tulsa Tough has the best crowd in the USA. Their energy is unmatched, and I really feel a level of validation for what I do for them; I love it. The race has been in the same city for years with the same people in the crowd. I started when some kids were 7 years old, and now they come up to the booth and they’re old enough to be drinking their first beer!

Have a favorite racer?
Not really, but when I was growing up, the one rider who meant the most to me was Andy Hampsten. Andy is the kind of racer who deserves worship but doesn’t want it.

Is there a secret to being a successful announcer?
Quite a few, I guess, but ironically, I would say one of them is to know when to not talk. Everyone who announces has their own timing and technique, but I often liken the job to being a stand-up comic where there’s a fine line between using your own material and stealing someone else’s.

Announcing can actually be quite exhausting, and one rule of the job is that you can’t be at a crescendo all day. Your voice is a muscle, right? And, I remember calling the Tour of Georgia once when Lance was racing, and I was physically exhausted at the end of the day with a headache that lasted a few days afterward.

Why is that we’ve seen such a big move away from road races and towards gravel events? What happened to all the big races in America?
It’s just an unfortunate reality that cycling has never been part of the social fabric in America, and we’re just not a good country for it. And, to a large degree it comes down to a single fact—permitting. No one in Belgium complains when the Tour of Flanders takes up a city street; in fact, they see it as an honor, but in America, shutting down public streets for a bike race is a major ordeal.

Have you done races in Europe? How do they compare?
have; every Tour of Ireland was a highlight. The comparisons from my experience is night and day. The intensity, the knowledge and, to be honest, the respect for the sport is really something to behold when you are in Europe. It’s another level by multiple factors.

What was the first/biggest race you’ve worked?
I’ve announced every edition of the Tour of California, Tour of Utah, Tour of Missouri, the World Championships (in Richmond), Pan Am Games, and U.S. Nationals for every road discipline and ’cross as well. The Saturn Cycling Classic was my first time ever on the mic at a real race, and it was massive, but the Worlds in Richmond were away the biggest crowd. 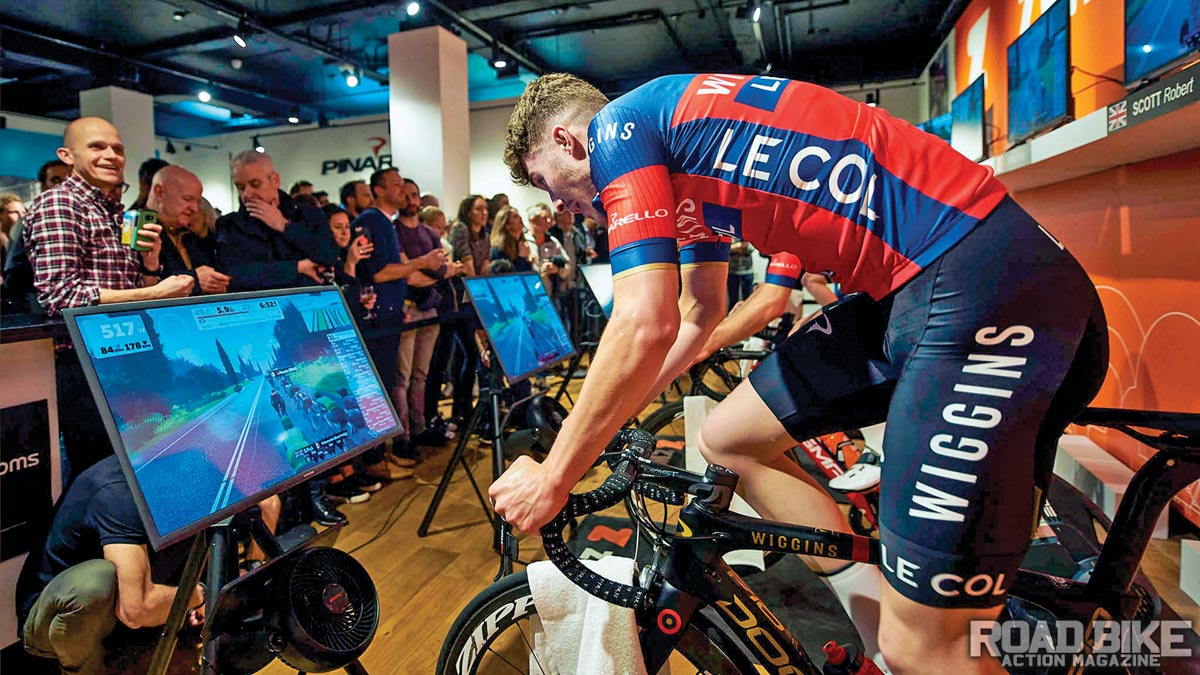 You’ve gone from spending your days announcing live races to being the announcer for the Zwift virtual races. What’s that transition been like?
It’s been great, and I’m super appreciative of Zwift because they invested in a home studio for me to announce from. I have to say that while it’s completely different, the same assets that have served me well outdoors works just as well for virtual racing. Most important has been to continue honoring the racers’ passion and effort on the bike, and that goes from the winner to the last-place finisher. The world of virtual racing still has a long way to go, and Zwift is doing a great job creating and supporting that community.

What is it about racing that means so much to you?
Competition is an inherently human trait, and when you hear stories like Graham Obree using old parts from a washing machine to set a world record, it just leaves me feeling really inspired. I think it’s really pathetic that so many people aren’t more interested in bike racing, but then maybe it’s the fault of the storytellers. I do wish more young racers knew about the history of the sport. Recently, I was talking to a young American who rides for a WorldTour team, and he didn’t even know who Andy Hampsten was or what he accomplished. How crazy is that?!

And as for the bike?
I know this sounds so cliché, but the freedom you feel from riding a bike is inescapable. The bike gave me my first taste of freedom, my first trip from home on my own. Not being a mainstream sport was also part of the attraction, and actually, seeing the movie Breaking Away when I was kid had a huge impact. And the fact that (the actor) Dennis Christopher follows me on Twitter lets me say that “Dave Stoller” is a friend of mine, and I am committed to his lifestyle!