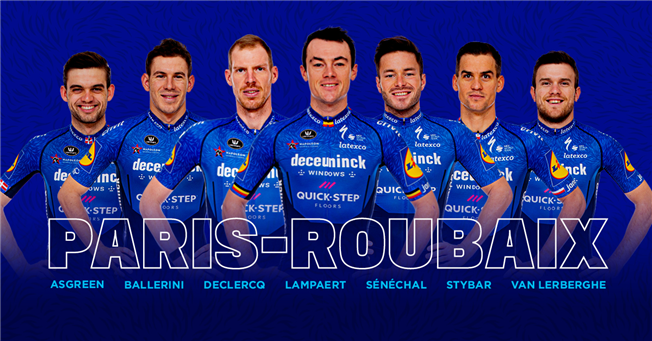 Paris-Roubaix is back after 903 long days. Cancelled in 2020 for the first time in almost eight decades and rescheduled this year, the “Queen of the Classics” will take place at the beginning of October – a first in its 125-year history, but other than that there are no significant changes for this 118th edition.

Starting from Compiègne and finishing on the iconic Roubaix velodrome, the French Monument will run over 160 miles and feature 30 cobblestone sectors, including the five-star rated Trouée d’Arenberg, Mons-en-Pévèle and Carrefour de l’Arbre. The last of these – which will be preceded by the ancient Roman road of Camphin-en-Pévèle – will be tackled inside the final 12 miles and could be again the springboard to victory, as it happened so many times in the past.

“We are happy that Paris-Roubaix is finally back. It will be an interesting edition, because being held in October means that the weather could play an important role in the outcome. If the riders will have to race in rain here after almost two decades, it will completely change the scenario. We have a strong team, with many riders fresh off the World Championships. It’s obvious we hold several cards to play and we’ll try to do our best to get a good result”, explained Deceuninck – Quick-Step sports director Tom Steels.

BIKE OF THE WEEK: 2022 TREK CHECKPOINT