INSIDE THE CLASSIFIED POWERSHIFT DRIVETRAIN 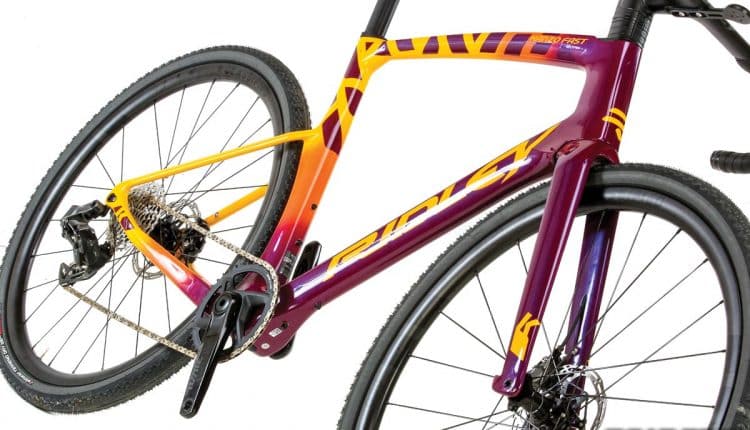 Few changes to bicycle technology were as impactful as the creation of multi-geared drivetrains in the 1880s and the eventual adoption of gears in the Tour de France in 1937. Since then, the technology has been meticulously modified to get us to the streamlined, 12-speed wireless shifting available to us today. Bringing a unique take on the increasingly complex world of drivetrain tech is Belgian start-up Classified.

While we first started seeing Classified news in the summer of 2021, it wasn’t until we attended the Sea Otter Classic in April that we got our first hands-on experience with the Powershift system where it was making its North American debut. Despite getting the low-down on the gear-reducing tech during a quick ride around Monterrey by Classified backer and cycling legend Tom Boonen, we came away skeptical, wanting a more thorough review.

Classified has a relatively simple pitch; keep the benefits of a 1x drivetrain without compromising the gear range offered by 2x. The magic happens inside the rear hub, which houses a planetary gearbox that reduces the gearing by 30 percent, or a .7 ratio. So, if you have a 50t chainring, when the hub gear is reduced, the ratio changes to essentially how a 35t chainring would perform. This all happens wirelessly over a Bluetooth connection between a shift button located on the handlebar and a receiver in the rear axle.

Due to the unique hub design, a proprietary cassette is required. Classified offers a total of eight 11- and 12-speed cassettes that range between 11-28 and 11-34. They feature a one-piece steel construction that generally saves weight over a traditional cassette. For example, our 11-28 cassette is 18 grams lighter than the comparable Dura-Ace cog.

A Bluetooth connection facilitates communication when the shifter is called upon. Classified claims their system shifts faster than SRAM or Shimano and can handle up to 1000 watts of power during a shift. While we’re not sure when we’d be shifting what is essentially a front derailleur while pedaling at over 1000 watts, it is a reassuring statistic.

Since our first ride at the Sea Otter Classic, Classified has announced a flurry of deals with wheel brands like DT Swiss, Enve and Mavic, who have agreed to partner with the company to manufacture compatible wheelsets. This expansion is one of many we see in Classified’s future. Beyond just the wheel market, partnerships with major drivetrain manufacturers will be the key to Classified’s mainstream adoption. Once the proprietary Classified shifter can be integrated into a SRAM, Shimano or Campagnolo shifter, the process will be sufficiently streamlined; although, the value of such a proposition will likely have drivetrain manufacturers vying to build a wireless hub of their own.

To test the Classified system, we got a hold of a Ridley Kanzo Fast equipped with the Powershift system. The Kanzo is Ridley’s aero gravel bike, which we reviewed right after it launched in 2019. Designed with speed and stability in mind, Ridley combined a 102.6cm wheelbase with a 71.5-degree head tube angle. The Kanzo sports a high stack and reach of 58.7cm and 38.5cm respectively.

We’re not exactly sure what the gravel scene is like throughout Europe, but on paper, the Ridley is optimally geared for all-out speed, like the flat gravel terrain and 90-degree turns found in the heartland of America. While aerodynamics might seem out of place for the traditional slow-going that defines gravel where we ride, just like on the road, wind resistance is still the biggest obstacle facing any cyclist, and those looking for marginal gains will appreciate the minimal aero refinement the frame shaping of the Kanzo provides.

Thanks to the Powershift drivetrain, the Ridley’s 1x 46t chainring rides like a 46/32t 2x. It ups the ante on the 1x-specific Kanzo frame and adds an unmatched level of utility to the race-focused frame. Shifting under power while climbing or pedaling hard results in a clunk. The shift is quick, but the resulting noise had us second-guessing its effectiveness.

It’s worth noting that the Powershift system is only available through Classified’s dealer network, who will be responsible for the installation. Theoretically, the shifter can be installed at any place on the drivetrain side of the handlebar. This ensures a clear connection to the receiver axle. Our shifter was placed midway down the drop, much like a Shimano sprint shifter. On our first few rides, we found ourselves accidentally grazing the button on rough terrain, resulting in an unintended shift. This happened less often the more we rode the bike, and it reminded us of similar shifting miscues when switching between SRAM and Shimano drivetrains.

Classified is on to something promising and has created worthwhile tech. With the news of a handful of European and American wheel makers like Enve set to produce compatible hoops, as well as bike brands offering the system as an OEM option, we could see ourselves finding a stock bike built with the Powershift system by one of Classified’s partners shortly. Currently, it is a major commitment to purchase the system as an upgrade, but once the idea is accepted by some of the major drivetrain manufacturers, we imagine Classified’s Powershift system will be a mainstay for many.

While we tested the Classified system on a gravel bike, it’s worth noting that Classified offers road configurations as well, and they recently notified us of plans for mountain bike compatibility. While it’s nice to see so many former WorldTour riders like Tom Boonen and Marcel Kittel endorse the Classified system, the technology is still in its infancy. It will be interesting to watch how Classified continues its growth in the cycling industry.