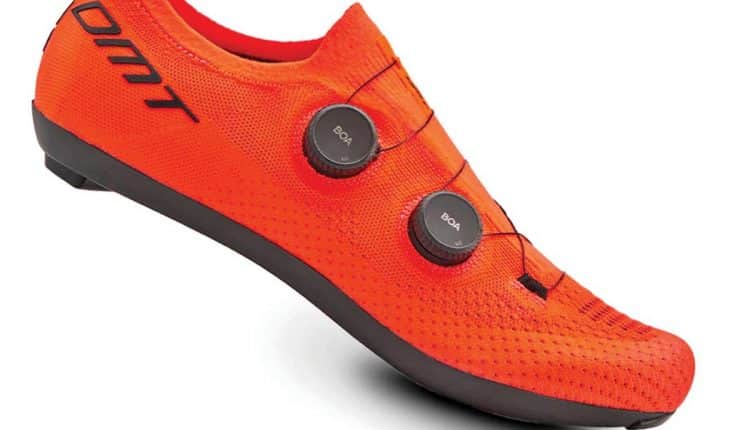 It’s been five years since the cycling shoe market was introduced to the practicality of knit uppers by Giro. Since then, the conforming material has seen success under the likes of two-time Tour de France champion Tadej Pogacar among others with a series of knit shoes by DMT. DMT’s top-tier knit design, dubbed the KR0, takes the original base design of the KR1 and adds more support with a second Boa dial.

For what seems like forever, cycling shoe technology has been dominated by microfiber uppers with either retention dials or Velcro straps. DMT has invested in a new era of shoe design with its line-up of knit shoes. The design proved its utility in the WorldTour and has since been further developed for improved performance on the road for recreational riders.

As one of the three touch points on the bike, a proper-fitting shoe can prove invaluable for a rider. The supple nature of the knit material ensures a form-fitting result, which is enhanced by the two Boa dials. In addition to its impressive fit characteristics is the enhanced breathability of the knit upper.

Tacky anti-slip rubber bits are placed in the heel cup to prevent movement and reduce the occurrence of injuries like tendonitis. Further securing the heel is a tacky neoprene-like material that wraps around the ankle.

A full carbon sole is bonded to the upper. While there is no generic stiffness rating given by DMT, the soles are on the higher end that we’ve tested. In addition to the stiffness, the soles feature four vents to enhance airflow. 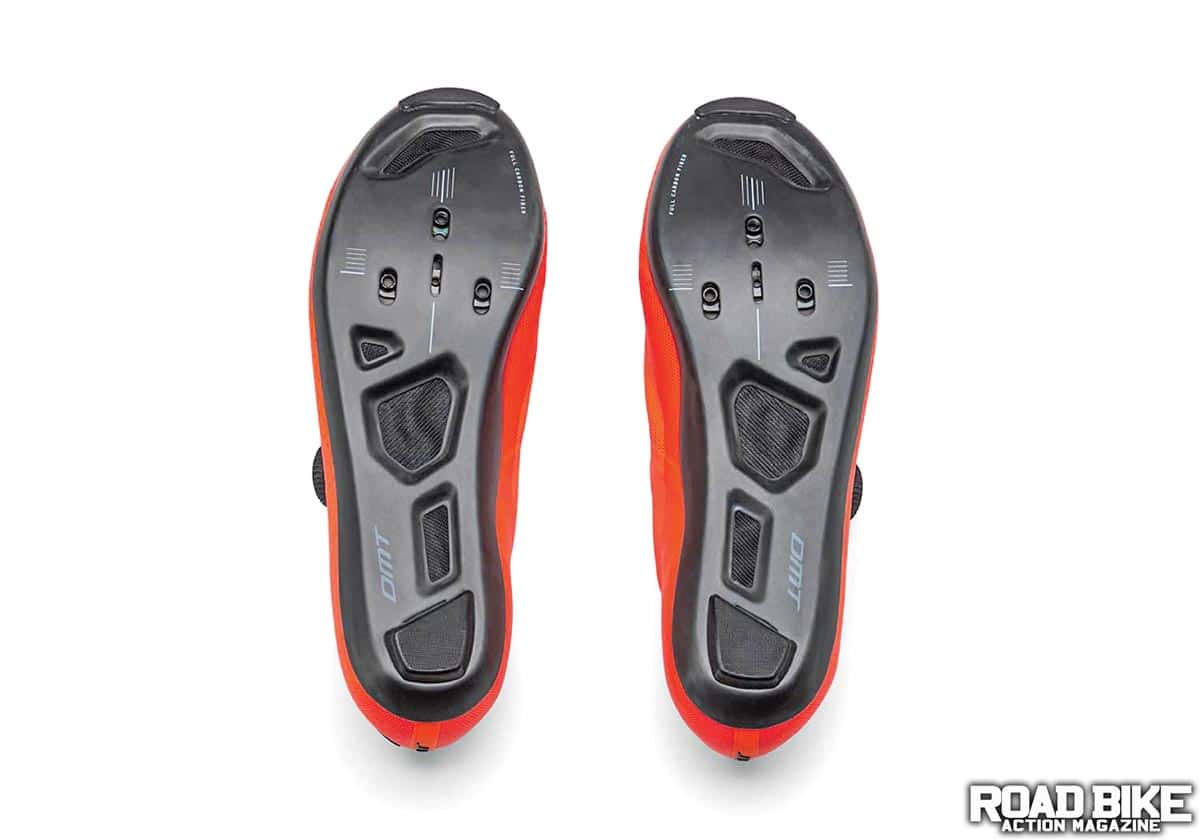 It was a bit awkward to put the shoes on at first and required some tugging that was out of the ordinary. This subsided over time and became second nature as the material began to form to our feet. A few miles into our ride the breathability of the knit material was evident. There’s a noticeable difference between the KR0s and a pair of
shoes that use the more traditional microfiber uppers.

Aside from subjective comfort claims, the DMTs were significantly stiffer than expected. Combined with their relatively low weight, the KR0s blended breathability, fit and performance at a heretofore unmatched level.

We were skeptical about how the Boa wires would bind the fit given the slim amount of padding over the top of the foot. The wires are noticeable at first but the slightly reinforced tongue provided sufficient protection to prevent hot spots when pedaling.  There was a bit of scrunching in various spots across the shoe. The more we rode we began to notice the material stretching, but through nearly 2000 miles of use, the shoes have maintained the shape for the most part.

We were impressed with the performance of the DMTs given their minimal construction. While many other lightweight shoes are forced to compromise comfort or breathability for performance, the DMT KR0s enhance these characteristics while maintaining a competitively stiff sole.

At $400, the DMTs are an investment, but we found that their knit material is scuff-resistant, and we’d expect them to last as long as any other top-tier cycling shoe. The KR0s are available in five colors and sizes 37 to 48.

7 TIPS WORTH KNOWING FOR ALL RIDERS TO MASTER A PACELINE