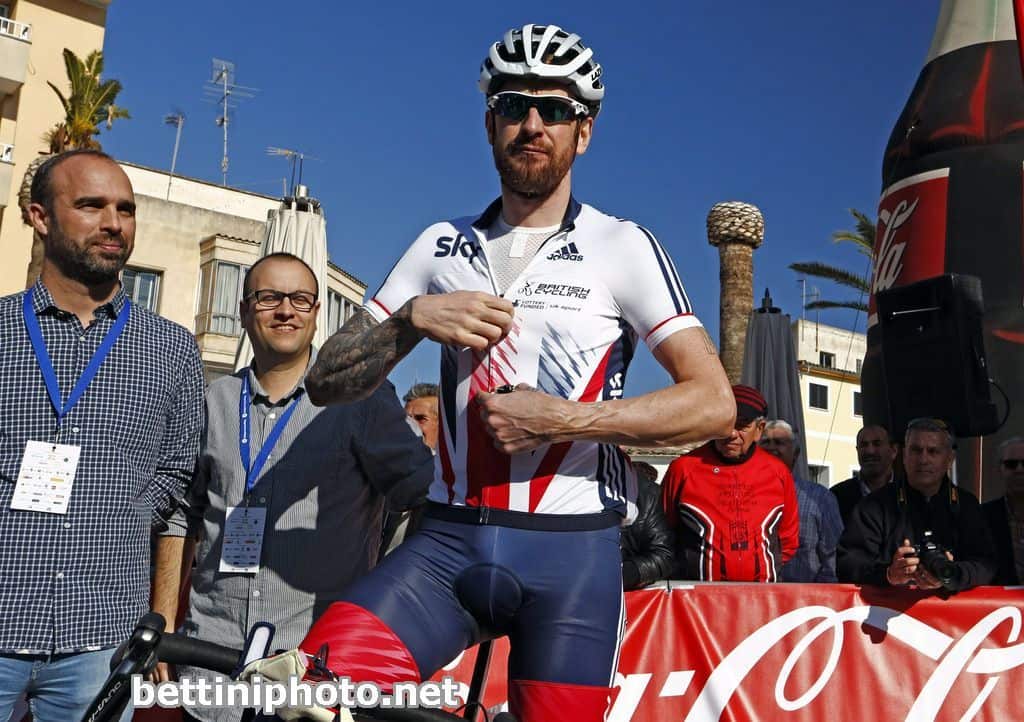 The doctor at the center of a doping rules row involving British cycling great Bradley Wiggins has insisted he gave the multiple Olympic champion a legal decongestant. UK Anti-Doping is currently investigating just exactly what was in the contents of a now infamous ‘jiffy bag’ sent to Dr. Richard Freeman at the end
of the 2011 Criterium du Dauphine race in France amid suggestions it could have contained a banned substance. Richard Freeman, the then Team Sky doctor, has said the package contained the legal decongestant Fluimucil.
Freeman had been due to appear before a committee of British lawmakers on March 1 but was too ill to attend. In that hearing Nicole Sapstead, the head of United Kingdom Anti-Doping, said it was impossible for her to be certain about the contents of the package
as Freeman had told her the relevant medical records had disappeared when his laptop was stolen while on holiday in Greece in 2014. It has been alleged that the package contained the banned corticosteroid
triamcinolone. Freeman was due to appear before the same committee of MPs on that date but withdrew, citing ill health. However, the House of Commons Culture, Media and Sport Committee has now published a letter it received from Freeman in which he said the package contained “only Fluimucil.” Freeman said the Fluimucil was for use in a nebuliser and that many doctors believe it to be “helpful in managing stage riders, who… are prone to chestiness and excess respiratory mucus production” because of the demands of elite-level cycling. Freeman added he had gone to the trouble of sending the medicine via a British cycling employee because he wished to avoid a repeat of the 2002 incident that cost British skier Alain Baxter an Olympic medal when he bought an over-the-counter nasal spray in the United States that contained a banned substance not used in the UK version.
Team Sky, Wiggins and Freeman have all repeatedly denied any wrongdoing. Freeman said it would have been “desirable” if he kept a copy of his medical notes, adding: “I regret not doing this.” Last week five-time Olympic gold medallist Wiggins promised to “shock a few
people” when he finally comments on the case after the UKAD inquiry is complete. Wiggins retired in November last year, some two months after his medical records were revealed by the Russia-based Fancy Bears computer hacking group.
British Cycling, which has presided over one of the country’s most
successful Olympic sports of recent Games, has also come under fire for how it dealt with sexism allegations involving former coach Shane Sutton. Tuesday saw Britain’s Press Association publish a letter from Liz Nicholl, the chairman of UK Sport, the national funding agency, to British Cycling in which she revealed her “serious concerns” about the way it was dealing with those allegations. Sutton resigned in April last year after rider Jess Varnish alleged he had told her to “go and have a baby” following her failure to qualify for the Rio Olympics.
Later an independent review of British Cycling’s performance program was set up. According to a leaked copy of the review published this month by the Daily Mail, British Cycling looked to change the conclusions of its own original inquiry into Sutton in a bid to retain the highly-regarded Australian.