What's the deal with riding 200 miles? 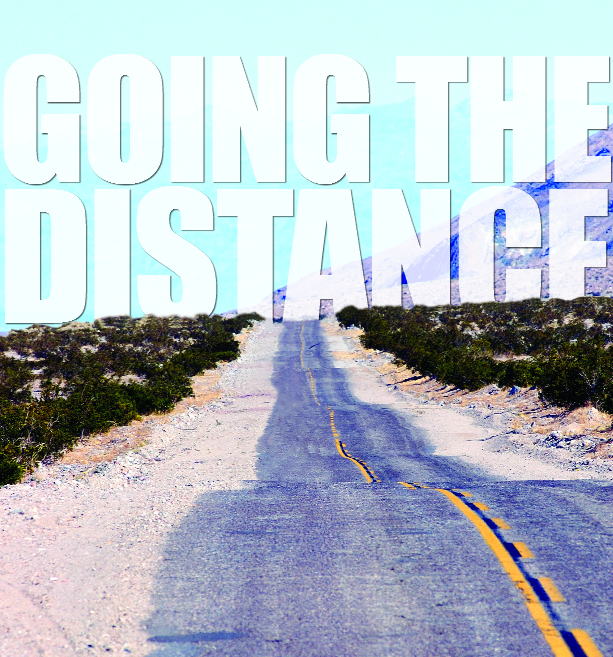 The Double-Century trend is an odd phenomenon.  That’s a lot of miles. Most of us would be honored, or just plain crazy, to finish an all-day, 200-mile epic. Of course, we’re talking about road riding here and not the sort of 20+ hour gravel adventure of the Dirty Kanza 200.  If up to 15 hours in the saddle, spent with a hundred or so like-minded cyclists sounds like your idea of a weekend ride, have a look at these ten Double-Century tips before you commit to the adventure.

TIP ONE: YOU CAN’T FOOL YOURSELF INTO FINISHING
Two hundred miles is not the stuff for beginners-or seasoned cyclists who have been off the bike and lost a bet. Ride a trial century well beforehand. A ballpark time for completing your first double is twice your 100-mile time-plus another two hours. Organizers have time limits, so do the math and abandon hope if your ETA approaches the 15-hour mark.

TIP TWO: 200-MILE WEEKS ARE NOT GOING TO CUT IT
We are talking 12 to 15 hours to complete a double. A handful of 50-mile training rides each week is not going to prepare your emotions-or your rear end-for that level of endurance. Plan on burning 100-plus miles two or three weekends in a row before you commit to the big ride.

TIP THREE: IT’S THE BODY, NOT THE BIKE
Top Double-Century riders run very conventional road bike setups and don’t stress about the weight of their bikes. Fit, however, is everything-and that theme continues beyond the bike, to your shoes, clothing and helmet. Don’t try anything new for an endurance event of any magnitude. Comfort is king.

TIP FOUR: RACE BIKES BEHAVE BADLY
Lightweight racing equipment is the demise of many would-be finishers. Skinny, 25-millimeter tires have no business on a Double Century. The more comfortable and flat-resistant are 28-30 millimeter tires. Few good riders use aero bars, because many miles are covered in pace lines where you can’t use them. ‘Paired-spoke wheels are popular, but they are the number-one mechanical problem we notice when picking people up,’ explains Brian Bowling of Planet Ultra, who also remarked that tall gearing (39-23 or 39-25 lows) is the number-two reason for failure. Get a 27-tooth low and don’t be afraid to use it.

TIP FIVE: TRY AN ELECTRONIC COACH
The best Double riders use cycling computers that record mileage, time and altitude gained. The computer will help you stay on course, and keeping track of your climbing helps you pace yourself.

TIP SIX: READY, SET, CRUISE
By far, the greatest error novices make is starting hard. Stay within yourself, which means go out at a pace that is very easy-especially for the first 50 miles. Riders who set a comfortable pace in the beginning will start reeling people in by the end. Go slower than you would normally ride.

TIP SEVEN: EAT. DRINK, AND BE MERRY
A fit rider may do a Century without eating, but not a Double. Start eating early and keep a 300-calorie-an-hour intake going the whole time. Most don’t eat solid food during a Double. They will ingest products like Hammer Nutrition’s Sustained Energy or Unipro’s Endura, and will hydrate with energy drinks. Sip; don’t chug.

TIP EIGHT: HEROES DIE PREMATURELY
The front group always race the entire distance-don’t get suckered into going anaerobic. If you stay below your anaerobic threshold, you’ll be amazed that you can keep your intensity level up for the entire ride. Keep moving steadily and avoid the temptation to chase faster riders. The rocket-and-rest approach will defeat your legs for that last 50-mile stretch.

TIP NINE: PREPARE TO HIT THE WALL
The toughest part of a Double Century is right smack in the middle. Most fit cyclists are mentally fit for the first hundred, after which pain and doubt can be extremely persuasive. The most likely time that you’ll throw in the towel is between mile 80 and mile 120.

TIP TEN: KNOW WHEN YOU HAVE IT IN THE BAG
Fifty-miles may seem like a long way, but the last 50 are the most rewarding. Once you pass the 15-mile mark the horse will smell the barn-you’ll feel the finish line coming to you with every revolution of the crankset.

(Special thanks to Brian and Debra Bowling of www.PlanetUltra.com for their assistance with this story.)