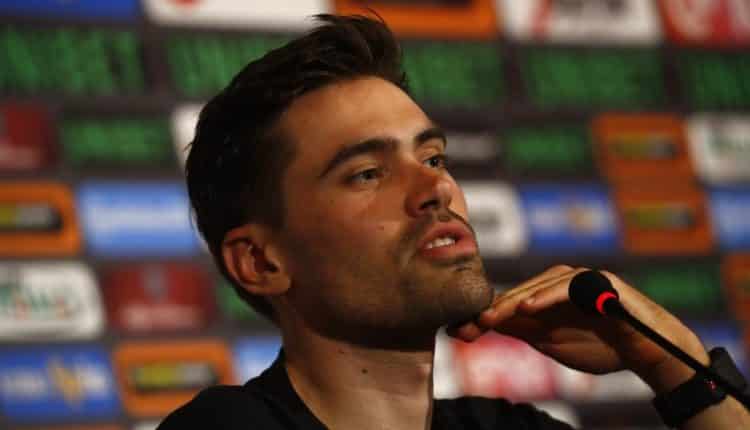 Four-time Tour de France winner Froome is competing despite having returned an adverse analytical finding (AAF) during his victory at the Vuelta a Espana in September. Froome had elevated levels of the asthma medication salbutamol in his system and is fighting a case with cycling’s world governing body, the UCI to avoid a doping suspension.

And Dumoulin, the shock winner of the Giro 12 months ago, said that had he similarly returned an AAF, he would have been forced to stand down due to his Sunweb team’s membership of the Movement for Credible Cycling (MPCC). “That’s a good one to start with,” quipped Dumulin when asked about Froome during his press conference in Jerusalem. “It’s his decision to be here. I said it before — my team is part of the MPCC — and if I was in the same situation as him, I wouldn’t be here.

“It’s his decision and it’s not up to me to have an opinion about it.” The MPCC is a group many top-level teams have voluntarily signed up to in order to promote clean cycling. They are required to suspend riders if they return a positive doping test result pending a decision on their guilt or otherwise.

It also requires riders to be stood down for eight days minimum if they request a therapeutic use exemption allowing them to take an otherwise banned substance. Froome’s Team Sky are not MPCC members and thus the rules don’t apply to them, which has left the Briton free to compete normally while his lawyers wrangle with the UCI to try to prove his innocence. 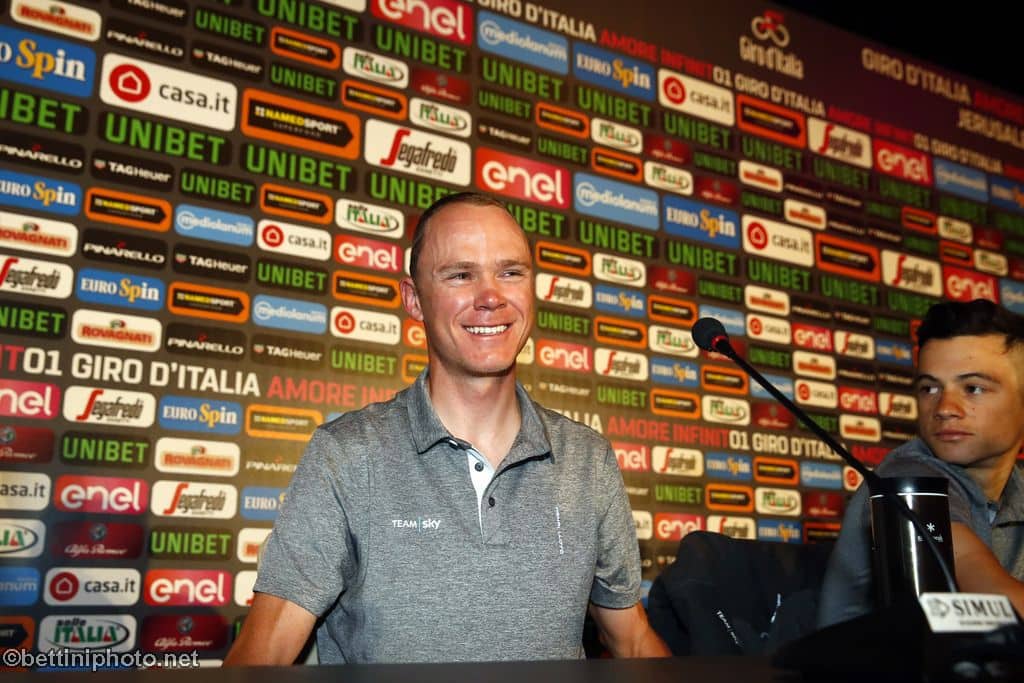 But the fact that his case has dragged on and that no final decision has been taken, is damaging to cycling’s credibility, Dumoulin said. “It’s definitely not good for cycling. Everyone would like this to not happen, including Chris Froome,” he said. “To be starting with doubts or uncertainty — maybe he’s winning this Giro and a few weeks later they decide he’s losing this title (if he is hit with a ban).

“That also may be not nice for him. It’s not good for anyone but the situation is like this and I cannot change it.” Dumoulin may not be right there as UCI rules do not specify that any ban resulting from an anti-doping rule violation after an AAF would be backdated. That means Froome would keep his results obtained up to any eventual ban, but that would nonetheless cast a dark cloud over his success and whether it was fairly obtained.

Dumoulin is widely expected to be Froome’s primary rival over the next three weeks and 21 stages — the first three of which take place in Jerusalem and Israel before the Giro returns to its homeland with three stages in Sicily.

But Dumoulin insisted it would be wrong to put him on the same pedestal as Froome. “We will know in three weeks‘ time (if he’s capable of beating Froome). I can’t tell you now, but I feel good,” said the 27-year-old Dutchman, who last September beat Froome into third while winning the world time-trial title in Bergen, Norway. “Froome’s palmares (results history) is way bigger than mine: I won the Giro once, he’s won the Tour de France four times and the Vuelta once.”