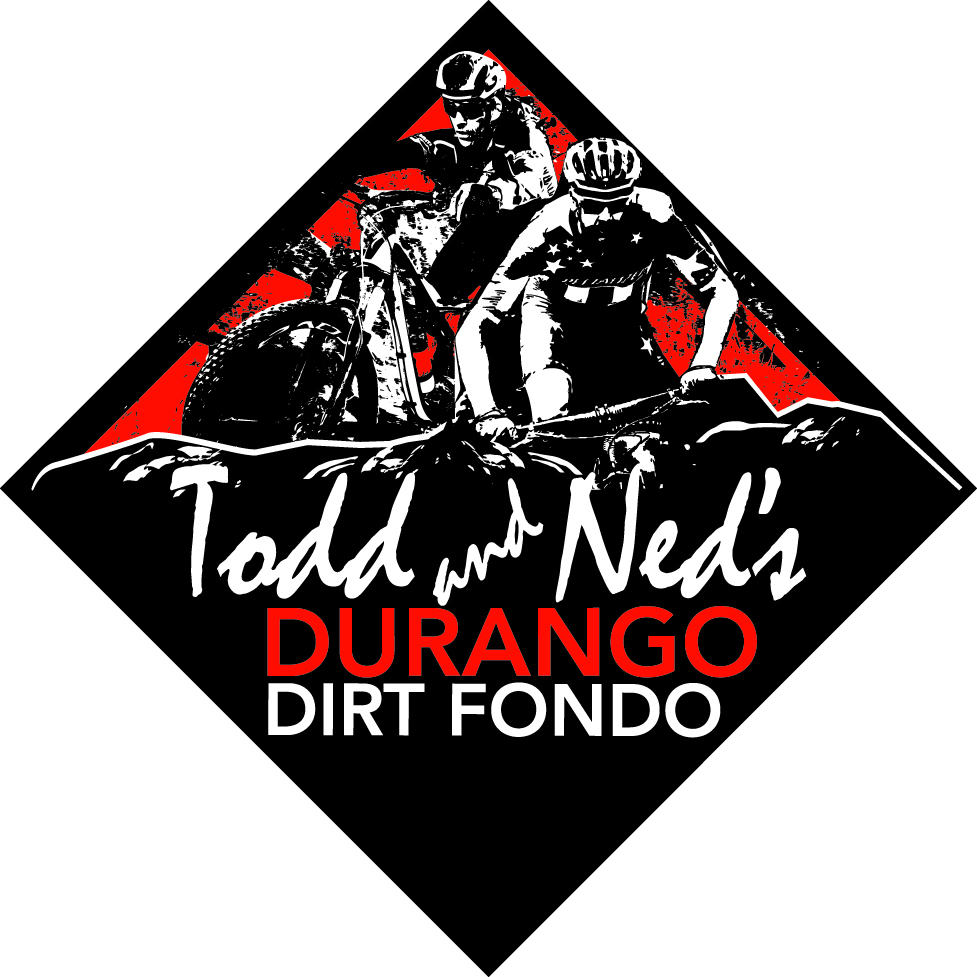 The legendary Ned Overend and multi-time USA National Champion Todd Wells are reuniting for the second annual Todd & Ned’s Durango Dirt Fondo presented by Fort Lewis College.  Limited to 500 spots, participants are invited to join Ned and Todd in their backyard training grounds on September 17 for a mountain bike adventure that this year will not only feature challenging single-track but will play host the following day – Sunday, September 18 – to the first La Strada La Plata gravel ride.

Commented Ned Overend who’s been doing reconnaissance for the 2016 gravel section, “We had a great response from riders last year, and many pressed us to add a gravel stage.  The new format accommodates those that just want to experience our trails, those that want gravel and those that want an epic weekend of both.”

Riders are invited to register for just one or both of the back-to-back rides.  Those who complete both the Dirt Fondo (mtb) and the La Strada La Plata (gravel) events will receive a King/Queen of the Dirt exclusive commemorative gift.

Todd and Ned’s Durango Dirt Fondo will offer 30-mile and 50-mile MTB course options, each with on-course nutritional, mechanical and medical support and prizes awarded for timed segments.  For 2016, the 50-mile Fondo may include a section of high-country singletrack in addition to traveling through the lower elevation trail systems and transitions of hard pack bike paths and roads.

La Strada La Plata gravel ride will offer 70-mile and 35-mile routes that include quality dirt roads with several timed sections.  Nutritional, mechanical and medical support will also be provided for the gravel event as well as prizes for timed segments. Each course will start and finish in downtown Durango where all finishers will enjoy a post race feed party (mtb) and pre race coffee and pastries (gravel).

In addition to world-class singletrack, the Durango area offers miles of challenging and scenic gravel roads often used on the legendary Durango group rides where Todd and Ned hone their fitness.   Durango is also the home of Fort Lewis College, the title sponsor for the 2016 event and one of the top Division I cycling colleges in the United States.  Wells is one of the first cyclists to come through the FLC program and turn professional and stands as an example of the possibilities for those with cycling aspirations.

“Fort Lewis is my alma mater,” said Wells.  “Without that program, and without the support the Durango community has afforded to cyclists for so many years it’s unlikely that I would have been able to accomplish what I have in the sport.   We’re honored to have FLC as the title sponsor.”

A portion of the event proceeds will benefit Ned and Todd’s favorite causes.  Beneficiaries include Trails 2000, a local organization that builds and maintains trails and has been largely responsible for the growth of the trail systems; Fort Lewis College Cycling Team Scholarship Fund, and the Mercy Health Foundation, which supports Durango’s Mercy Regional Medical Center.
#  #  #
Todd and Ned’s Durango Dirt Fondo is a production of the The Iron Horse Bicycle Classic.  The Iron Horse Bicycle Classic began in 1972 and has run continuously on Memorial Day offering road and mountain bike events for all ages and abilities.  The Iron Horse organization has also facilitated 17 national championship level events, the 1990 Mountain Bike World Championships, and the 2001 UCI Mountain Bike World Cup. The Iron Horse Bicycle Classic is a Colorado non-profit entity. www.ironhorsebicycleclassic.com.