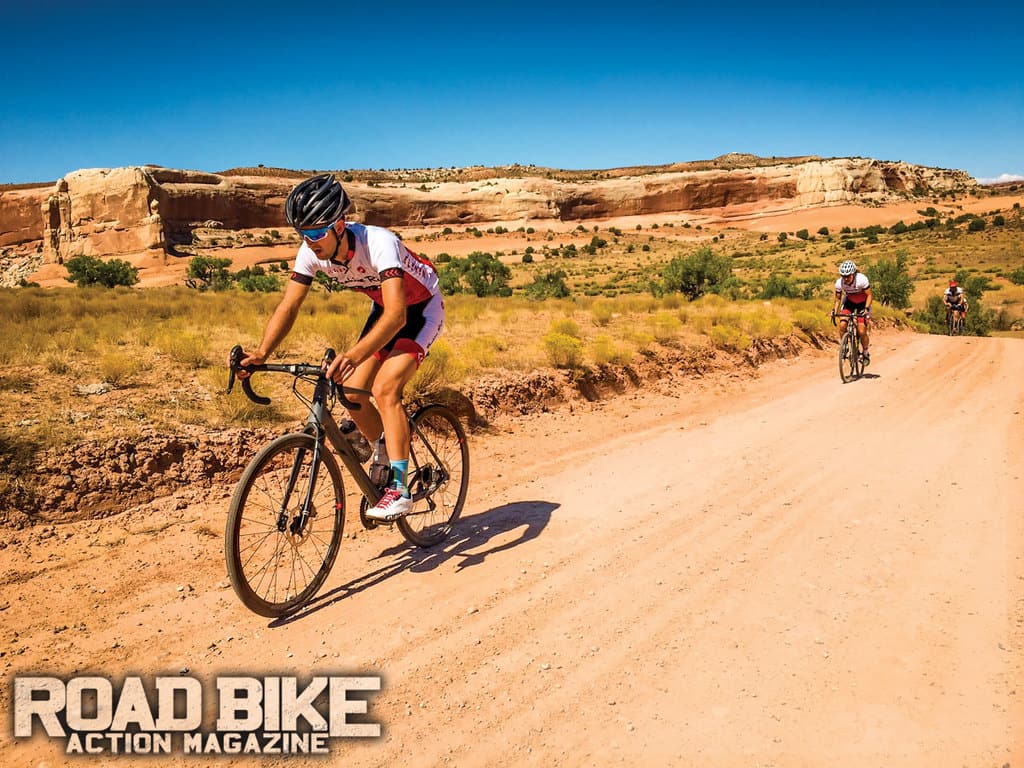 Yes, even Merckx has discovered gravel

In a nod to the importance of the ever-growing gravel segment, nearly every traditional European company now has a bike in their line designed around drop bars with fat tires. Last year Eddy Merckx Cycles jumped on the bandwagon with the introduction of the Strasbourg 71 alloy gravel bike. Pedal forward one year and they have added a carbon version by the same name.

Even if such a segment as gravel riding is non-existent in Belgium, Eddy Merckx Cycles did well in delivering what has come to be expected from such a bike. Ample tire clearance for up to a 40mm-wide tire, hidden rack and fender mounts, relaxed geometry, and disc brakes are some of the essentials to make it a credible option.

We were happy to find a couple of other frame features that most of the time are not a must, until they are, and that’s a third water-bottle cage mount on the underside of the downtube for the rides where the water stops are few and far between. Also, the underside of the downtube and behind the seat tube feature a Kevlar-reinforced section molded into the carbon to ensure errant bouncing rocks won’t put an end to the life of the frame.

The frame itself doesn’t have much in the way of compliance trickery, and mostly relies on the large-volume tires for pneumatic suspension, along with a 27.2mm-diameter seatpost that does wonders for delivering compliance at the saddle. It uses the latest standards in thru-axles, with a 12x100mm up front and 12x142mm in the rear, along with flat-mount disc calipers. Neither thru-axle has a quick-release-style handle, so forgetting your 5mm hex key during a ride could pose a problem if you get a flat. Another relatively standard yet much appreciated design is a modular cable-stop system that allows internal routing for mechanical, electronic and 1x systems.

Eddy Merckx is offering three models of the carbon Strasbourg: the one we rode with Shimano Ultegra mechanical ($4999), a Shimano 105 option ($4499) and a SRAM Rival 1x build ($3999). Our model wasn’t entirely stock, since the stock DT Swiss R23 spline wheels were swapped out for the new Clement Ushuaia wheels (page 40).

Over three days and 200 miles
riding across Utah, we did a little bit of everything on the Merckx. From smooth pavement miles to make-your-spleen-bleed washboard dirt roads to even a stretch of singletrack trail, in those three days we covered a month’s worth of terrain. Surprisingly, not one of us had any issue beyond a flat tire in all that time, not even a single wreck. Maybe we weren’t riding hard enough, or maybe the Strasbourg is just that good in the dirt. The latter is what we settled on, and much of that comes down to the geometry.

The 42.7cm-long chainstays (for a size large) and an overall wheelbase of 101.7cm give it steady, consistent characteristics when descending. Although there is a growing trend towards shorter chainstays on the likes of some quicker-handling gravel bikes including the 3T Exploro, most riders will appreciate the more relaxed ride the additional centimeter of chainstay length provides.

The parts spec was on mark, and we were happy the 36mm-wide Clement X’Plor MSO tires came stock rather than a slimmed-down, 32mm road model. Gearing is something that could be argued either way, but we felt an 11-32 cassette combined with 50/34 chainrings up front was well balanced for both on- and off-road use. And, considering the Strasbourg is available in a single-chainring version as well, there should be an option to fit most riders’ needs.

From racing the Dirty Kanza 200 to doing a mixed-surface tour through Utah, or even the road group ride, the Strasbourg has everything needed to compete with anything else out there in the gravel segment. Rather than just copying designs already out there, we appreciate the fact that it offers some better solutions in the form of a third bottle cage mount and extra frame protection from the Kevlar pieces.

Eddy Merckx is still offering the Strasbourg 71 alloy as well, which knocks a considerable amount of money off compared to
the carbon model. Three versions of the Strasbourg alloy are available, starting at $2299 for a SRAM Rival build.