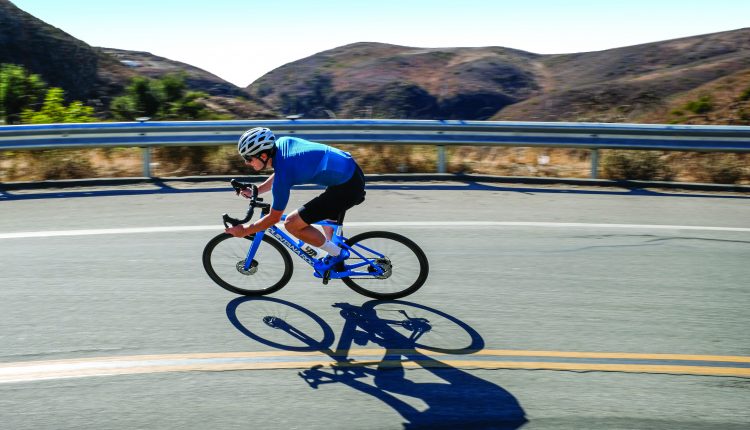 It seemed like pro cycling wouldn’t return in 2020, but thankfully it did, and it brought some of the best racing with it. The Tour de France was first up to prove a three-week Grand Tour could take place without wreaking havoc. A week later the WorldTour embarked on a 41-day stretch of racing. That’s right, no days without a race for nearly six weeks. There were a few days where I had split screens up of the Giro and the Vuelta, but none of this likely could have happened without the stringent protocols put in place by race organizers. Unfortunately, Paris-Roubaix was canceled, but the drama at Liege-Bastogne-Liege and the Tour of Flanders more than made up for it. 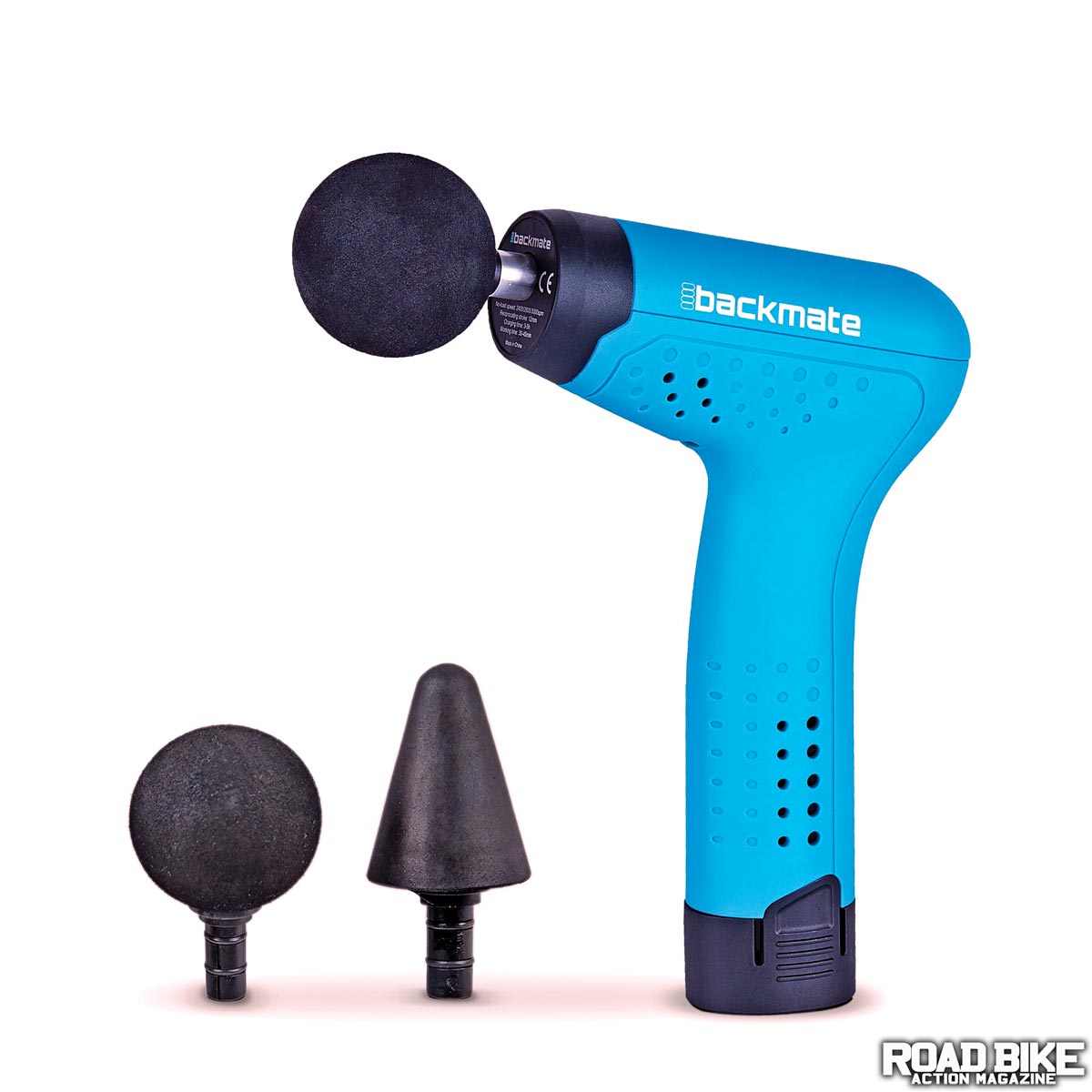 My old pre-ride routine was pretty minimal. It wasn’t much more than drinking a black coffee and a cup of water. But, after breaking my leg, I quickly found out that I needed to do a bit more to warm up my body properly. I now thoroughly prepare myself with a 10-minute massage session with the Backmate Power massager. Five minutes on each leg wakes up the muscles and prevents much of the post-ride soreness that has come around since the injury. A healthy squirt of AMP Human on each leg aids on the rides that require extra effort, thanks to its ingenious bicarbonate lotion that takes minutes to activate.

As the WorldTour calendar was just getting underway in the Middle East, reports began surfacing about the outbreak of something called the coronavirus. But in late February, COVID wasn’t much of a concern until it struck the UAE tour. The week-long race was canceled after two Italian team staff members tested positive for the virus. All 20 teams competing were forced to quarantine in their hotels, while the entire country only had 16 confirmed cases. Cofidis team president Thierry Vittu described it rather dramatically as a hostage-taking: “We are being held against our will at a place, which is not of our choosing and for an unknown period of time.” 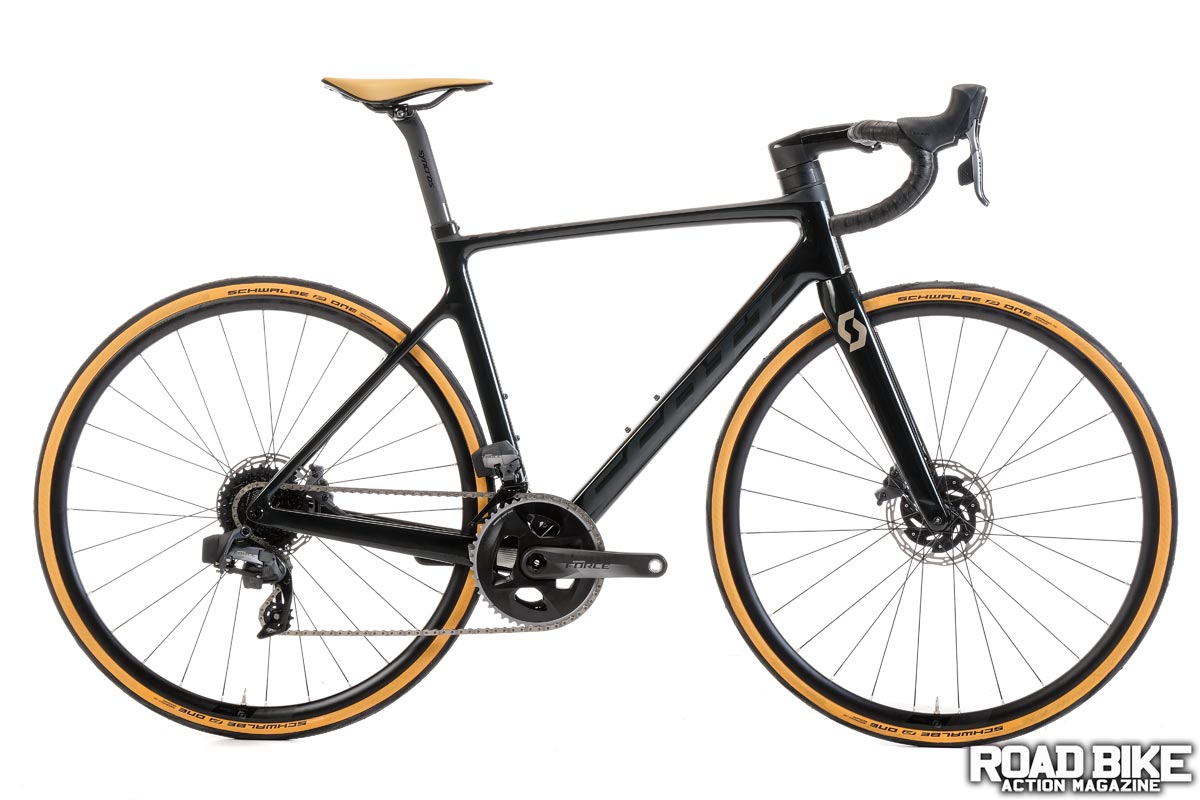 While the salary isn’t one of them, there are still many perks for working at a bike magazine. And as enjoyable as it is to be able to ride the latest superbikes, the fact I’ll likely never be able to afford them any time soon is always in the back of my mind. Therefore, I’m constantly trying to rationalize which all-new tech is worth its price.

Priced at $4800, I think the Scott Addict RC 20 is one of the best all-around bikes for the money. The 12-speed SRAM Force AXS drivetrain offers a wide range of gear options for nearly half the price of its top-of-the-line Red counterpart. The 10-33 cassette is paired with 48-35 chainrings for top-end speed higher than a mid-compact setup and a low gear at nearly a 1:1 ratio. Scott spec’d 28mm tires (but unofficially there’s room for 32s), which give the bike a modern ride feel.

The Addict RC 20 uses the same frame material as the higher-end Pro version, although weight weenies would likely prefer the Ultimate build that hits the scales at just over 15 pounds ($12,000). My favorite part is the clean frame lines, thanks to the internally routed cables via the Syncros handlebar and stem. The tan-wall Schwalbe tires match perfectly with the Syncros saddle to make the subtle Chameleon Green frame that much more attractive.

At 17.68 pounds, the Addict isn’t the most responsive or lightest build available, but its steering is stable and provides a solid platform for future upgrades when the time—and any money—comes.

As the Tour of Flanders was in the closing stages, the finale was shaping up to be a real thriller, as Mathieu van der Poel was off the front with Julian Alaphilippe, who were soon joined by Wout Van Aert. As the trio neared the final 20 miles of the race, disaster struck Alaphilippe when he collided with a motorcycle that had pulled to the side of the road just as the world champ was reaching for his team radio. The video was graphic, with the audacious Frenchman lying in the road screaming in agony. X-rays showed multiple fractures in his right hand, which forced an early end to the champ’s 2020 season.

Ale’s Gravel Stones cargo gravel bibs are the latest addition to my closet. The thigh pockets provide easy access to the items I use most during long gravel rides, like snacks, multi-tools and my camera. Instead of taking the time to reach behind my back then scrounging through my jersey pocket on rough gravel, simply being able to see what I’m reaching for keeps me confident in the saddle. 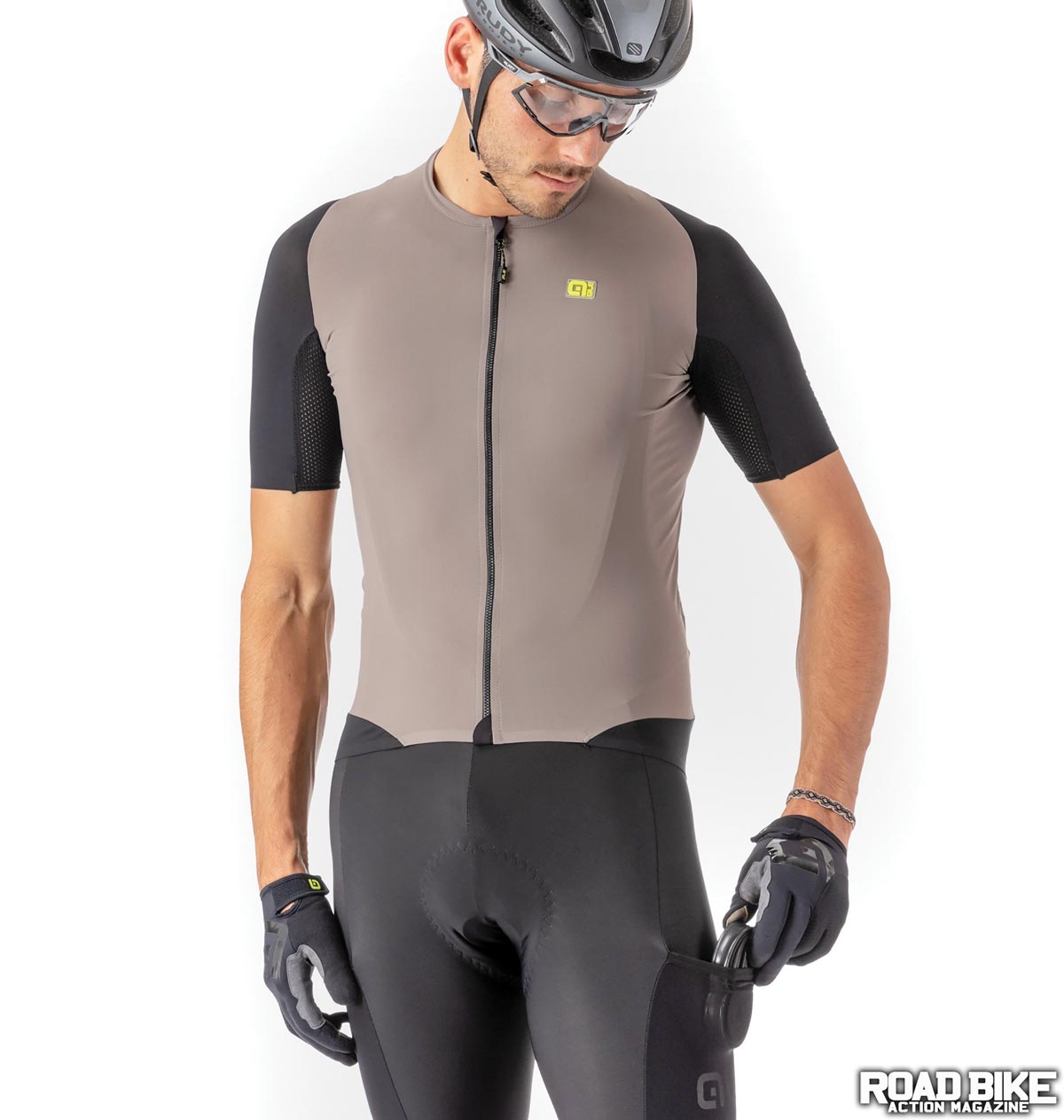 End of the Saddlebag?

I began leaving my saddle bag at home and instead used the BikeTube TubeSock to hold my repair essentials. Although the Tube Sock is intended to protect a spare tube from the tools in a saddlebag, I found the TubeSock can fit a multi-tool, two CO2s and a tube. It’s compact and fits in my jersey pocket. I feel like my situation is unique because I switch bikes weekly, and not having to swap a saddlebag makes the process a bit simpler. I’d recommend a saddle bag for longer rides, but I prefer the TubeSock for a quick swap to new bikes. Best of all, you can get a free TubeSock with the purchase of five tubes from biketubebrand.com. 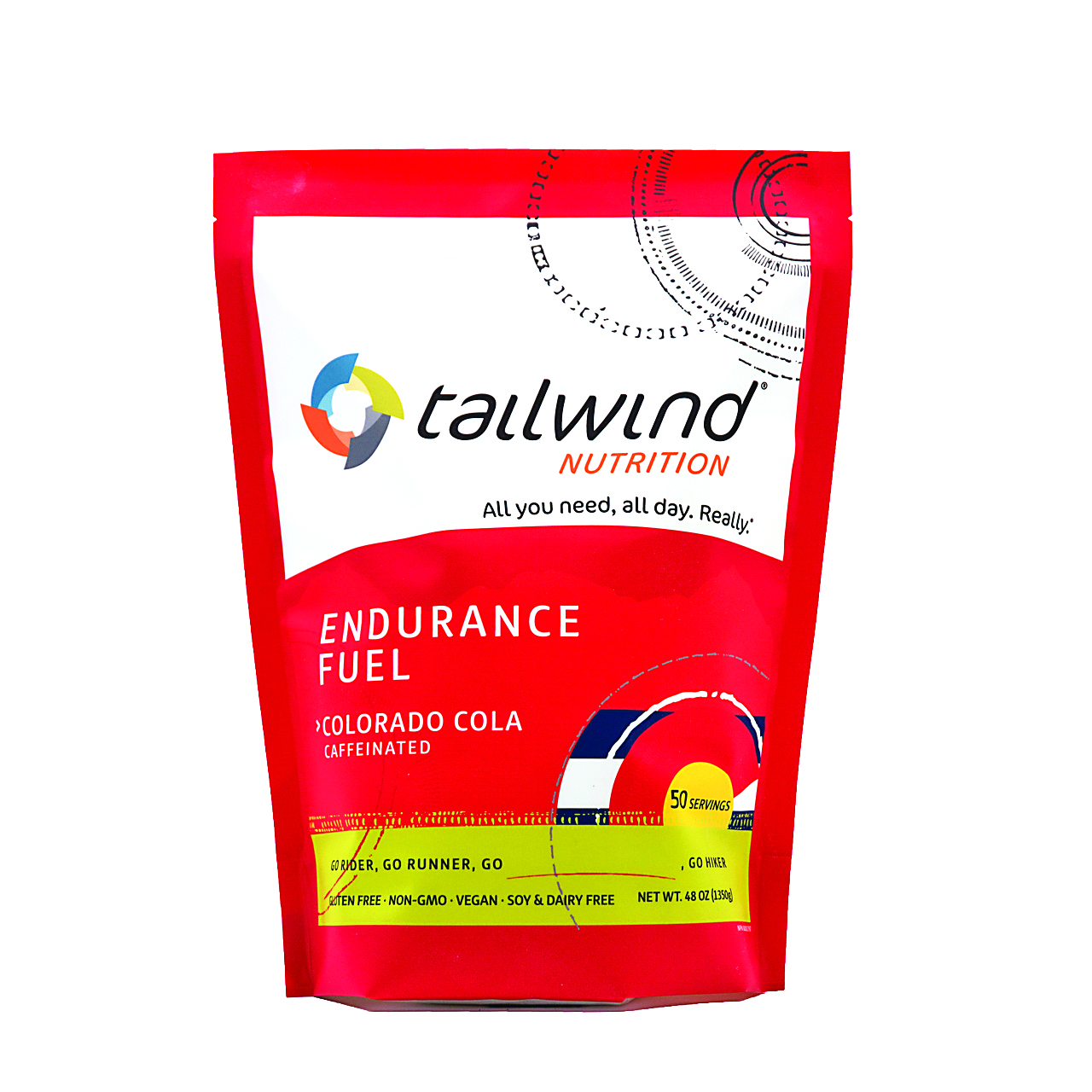 I’ve been hooked on Tailwind ever since trying the cola Endurance Fuel during my Leadville effort in 2019. Each scoop of the drink mix contains 100 calories, and a few bottles’ worth was all the nutrition I required during those ten hours in the saddle. The liquid-only diet didn’t cause any stomach problems and I haven’t heard of any major issues when I let friends try it. On any ride over two hours, I’ll bring three or four scoops worth of Tailwind along to get myself through the journey.

Best Way To Navigate The Lockdown

Looking back at how I spent my time during the pandemic, there are three distinct chapters: the uncertain beginning, the “new normal” and the part that came after breaking my leg. The uncertain beginning was about a week long in mid-March and included buying some extra Clorox wipes and toilet paper.

Then came the “new normal.” And as much as the term bothered me when I saw it in the news, not being able to even go to a movie theater made cycling one of the only socially acceptable activities. With a new work-at-home schedule and the restricted ability to go out with friends, I challenged myself to ride every day in April. The idea started as testing myself to find out how many days in a row I could ride the same climb before getting sick of it. But, the climb turned into the one thing I looked forward to completing every day for four weeks.

Perhaps the key was to keep the efforts manageable, but throughout the month I improved upon my PR by about a minute. When May came, I felt as fit as I have ever been. We received a couple of trainers, and I decided to take my marathon efforts indoors for that month. But then part three of my pandemic came about. Create a habit, ride consistently and stay safe.

Chloe Dygert was on track to defend her rainbow jersey in the individual time trial at the World Championships when she lost control of her bike in a fast-descending turn and crashed into a guard rail. The accident sidelined her for a few weeks, but by November she started walking again. Over the years she has won an Olympic silver medal in the team pursuit and seven world championships on the road and track. Just 24, Dygert already has a handful of successful comebacks in her career, and now with the postponement of the 2020 Tokyo Olympics, she will have a chance to go for gold in August. 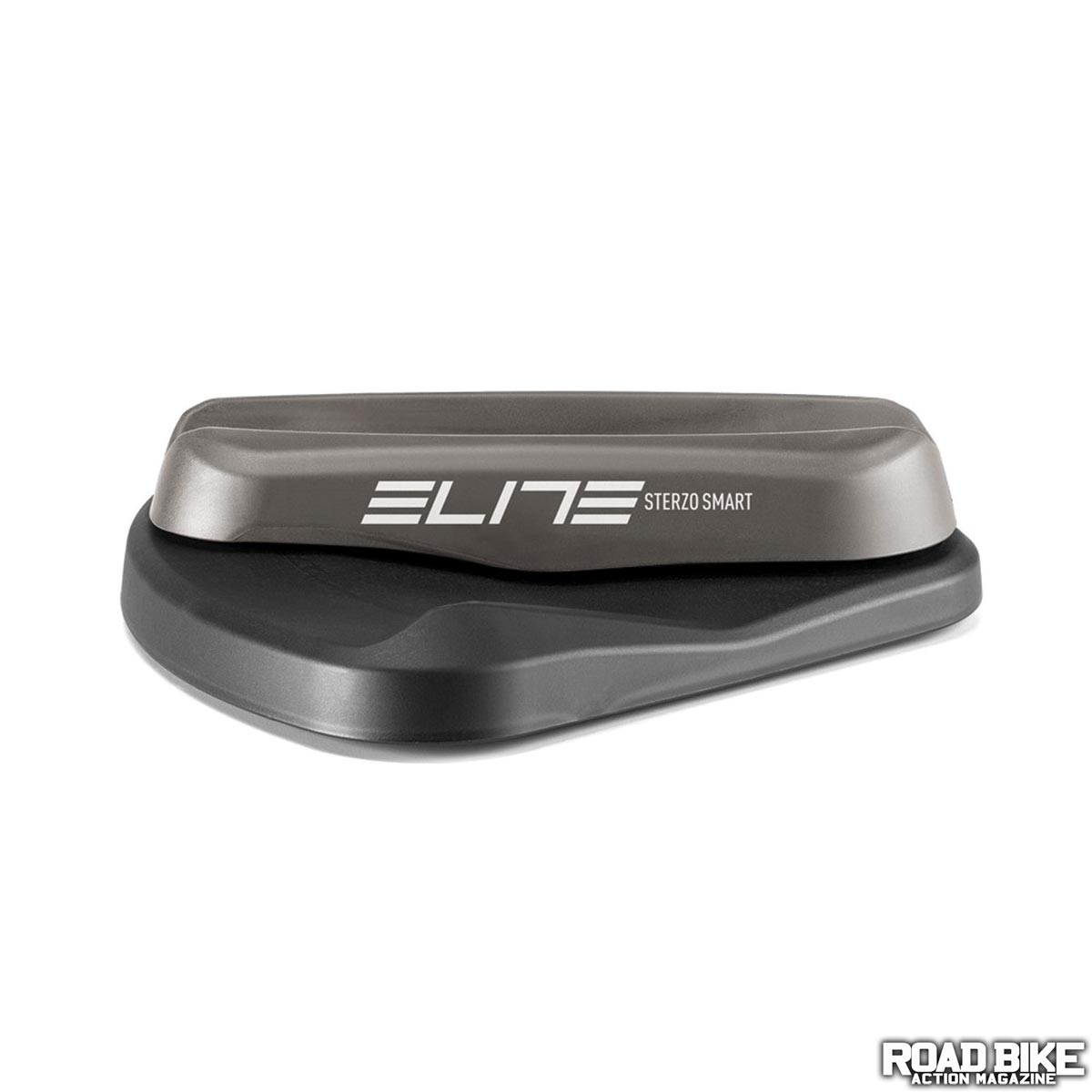 Elite’s Sterzo Smart is essentially a lazy Susan for your front wheel while you ride your trainer. When paired with Zwift, it relays your steering in near real time to the app, allowing you to control your avatar across the virtual roads. I spent most of my recovery time getting familiar with the steering plate. It adds an extra layer of concentration that is lacking from every other indoor riding app. It’s what kept me coming back to Zwift, although the $110 price tag is a bit much. If the price was lower and the steering faster to respond, I’d call it an indoor essential.  Hopefully, it will improve shortly.

While the penultimate day of the Tour de France was a sign of the changing of the guard in the pro peloton, it left me with a bit of a sour taste in my mouth for Primoz Roglic. His Jumbo-Visma squad had protected Roglic as well as they could, but Tadej Pogacar was simply the stronger rider in the final week of the Tour. Thirteen days later, Roglic got involved in another upset, except this time he was the one coming out on top. At Liege-Bastogne-Liege, Tadej Pogacar, Primoz Roglic, Marc Hirschi and Julian Alaphilippe were in the lead in the final kilometer. Alaphilippe shook off the other riders with a squirrelly move, and believing the win was his, he began to celebrate with 10 meters to go. And then Roglic came up beside him on the inside of the barriers and nipped the premature Specialized rider for the win. It was close and it was dramatic, but Roglic rightfully earned his top step on the podium.