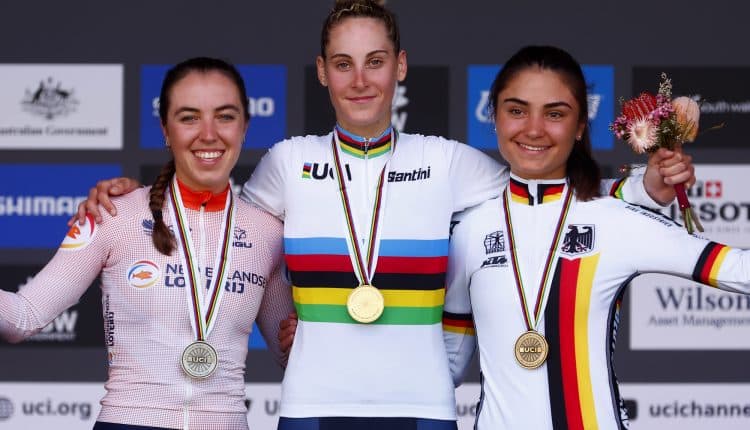 Dutch ace Ellen van Dijk successfully defended her time-trial crown at cycling’s road world championships on Sunday for her third career title, outpacing Australia’s Grace Brown and European champion Marlen Reusser. The 35-year-old was the final rider down the ramp and chased down Brown’s blistering early pace to win by 12.73 seconds in 44:28:60 and clinch another title, having also won in 2013. Switzerland’s Reusser was third, 41.68 adrift at the opening event of the eight-day road world championships at Wollongong, a coastal city 50 miles south of Sydney.

In a major upset, two-time title holder and Olympic champion Annemiek van Vleuten failed to make the podium, with the Dutchwoman managing only seventh, a huge 1:43:02 behind Van Dijk.

“I never expected to win. I didn’t think it was a perfect course for me but I had a good mental and physical approach with my coach,” said Van Dijk.

She made a point of not looking at the times set by the other cyclists, instead concentrating on her own riding.

“I wanted to focus completely on myself, but I was so surprised to cross the finish line first,” she said.

For the first time at the worlds, women covered the same distance as the men, sharing a 21.2 mile route running along two laps of a technical and twisting circuit with a small climb.

Commonwealth Games time-trial champion Brown was among the first riders out with her time standing until Van Dijk’s exploits. Reusser appeared on track to challenge Brown after setting a faster pace through the first split, but faded as Van Dijk, who was following her, rose to the challenge.

“It was a very long and nervous wait,” said Brown.

“I thought there was still a chance I could win the race overall, but Van Dijk had a phenomenal day. She’s a seasoned time-trialer and she deserved the win.”

In another first, under-23 women competed for their own championship as part of the same race with Italy’s Vittoria Guazzini, who finished fourth 00:52:11 behind Van Dijk, taking the U23 gold. 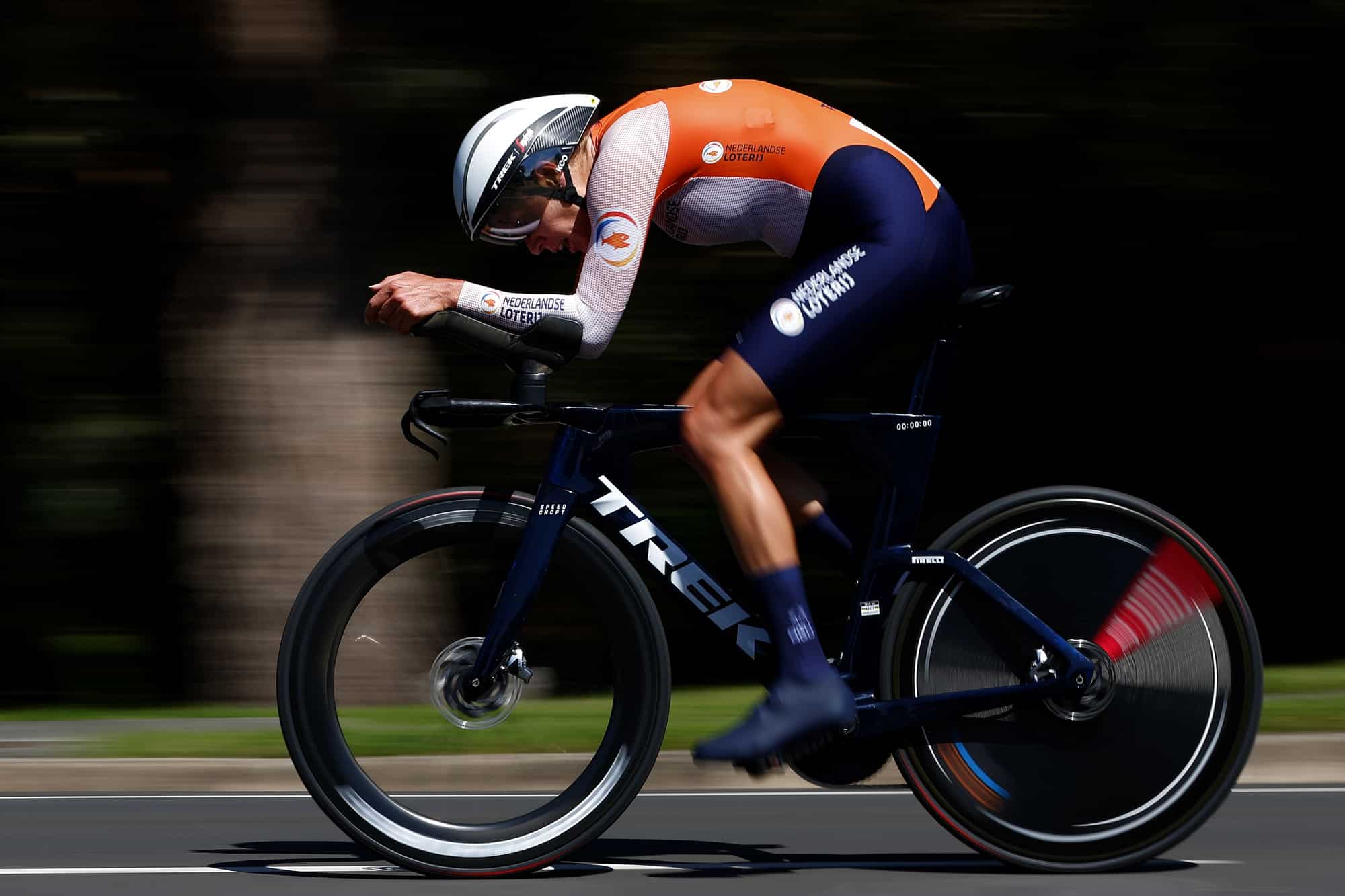