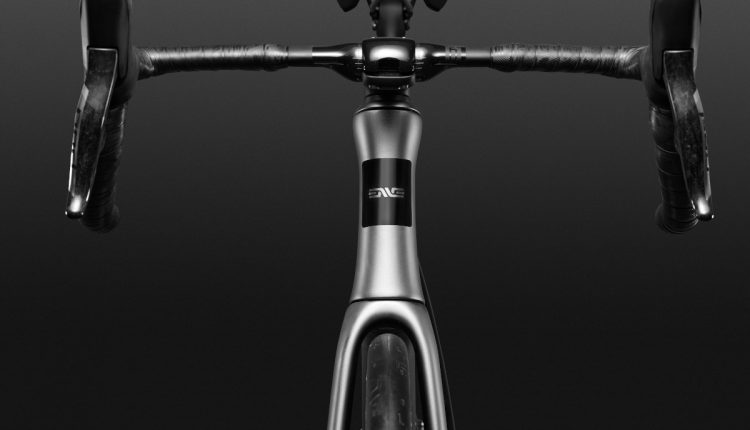 Enve revealed an all-new road bike, the Melee, further plunging the American brand into road bike design and production. While the Melee is manufactured in China, the design and testing was done at Enve’s Ogden, Utah, HQ. The bike has already proven it’s performance-oriented claims after being ridden to victory by Alexey Vermeulen at the Belgian Waffle Ride.

For as much as Enve went from being a noted carbon component and wheel maker to an actual bike brand with last year’s  introduction of their American made Custom frame, that evolutionary step is now official with the release of their second frame.

Our first look at Enve’s new Melee road bike came at Enve’s open house event in June which was soon followed by the bike’s official launch party held during last week’s EuroBike show in Frankfurt, Germany.  The Melee is a bold departure for the American composite brand due to the fact that unlike their wheels and current Custom frame that are all American made at their Utah factory, the Melee’s monocoque frame is made in China.

Where the price for a Custom Road chassis currently retails for $8000, the Melee chassis (frame, fork, stem and seatpost and handlebar) will sell for $5500.

WHAT DOES NEIL SAY?

As soon as we got home from EuroBike we gave a call to former RBA editor Neil Shirley who is now  Enve’s Director of Marketing to chase some additional info on the bike. 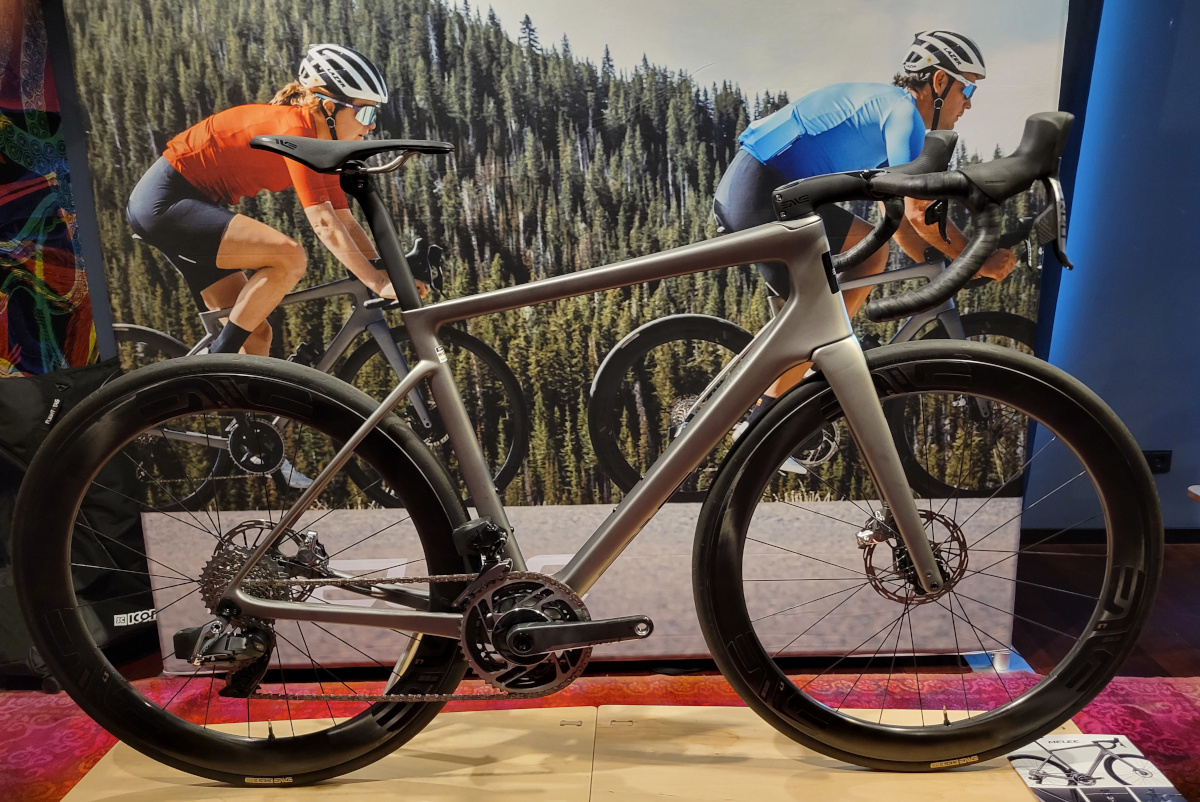 The Custom debuted just last year and now the Melee has arrived. Had they been parallels in the development calendar?
You could say that the Custom was a works project for us. This was the bike that helped us understand the frame building process and it was through those learnings that enabled us to jump into the Melee.  It was important for us to understand each step of the building process through and through, versus just handing over some blueprints to a factory.

What does it mean that “the Melee’s tube shapes to complement their own SES rim profiles”?
It’s a subtle thing, but when the Melee was being designed in CFD (computational fluid dynamics) all the shaping was done following the ideals of our SES designs. What we were looking at was how they would work most efficiently versus just standard tube shapes.

What are the actual differences between the two frames?
Beyond the place of manufacture and the price difference, the Custom frame uses tube-to-tube construction whereas the Melee is a monocoque frame.  And that monocoque construction allows the frame to be slightly more aero due to the lack of overlay at the joints. The Melee frame is also about 100 grams lighter, although most of that is in the paint.

Of course, each Custom frame is made to order with custom geometry, while the Melee will be available in seven stock sizes which includes a choice of forks with five different rakes. The Melees will only be available through Enve dealers and not on the website.

How are you defining a “modern race bike”?
The Melee is a road racer, but in recent years the concept of what that is has evolved. Having room to run bigger tires is just one example. Actually,  I think a good example of what we’re talking about is seeing Alexey Vermeulen use a Melee to win the Belgian Waffle Ride in San Diego, and then after switching out his Kenda tires, using the same bike and wheels to race at the US Pro road nationals.

And what was that about the handlebar spec?
Right now the frames will be sold with our AR because it is the only handlebar we make that has a rear window for cables/hoses to run through.  By the end of the year we will have more handlebar choices available. 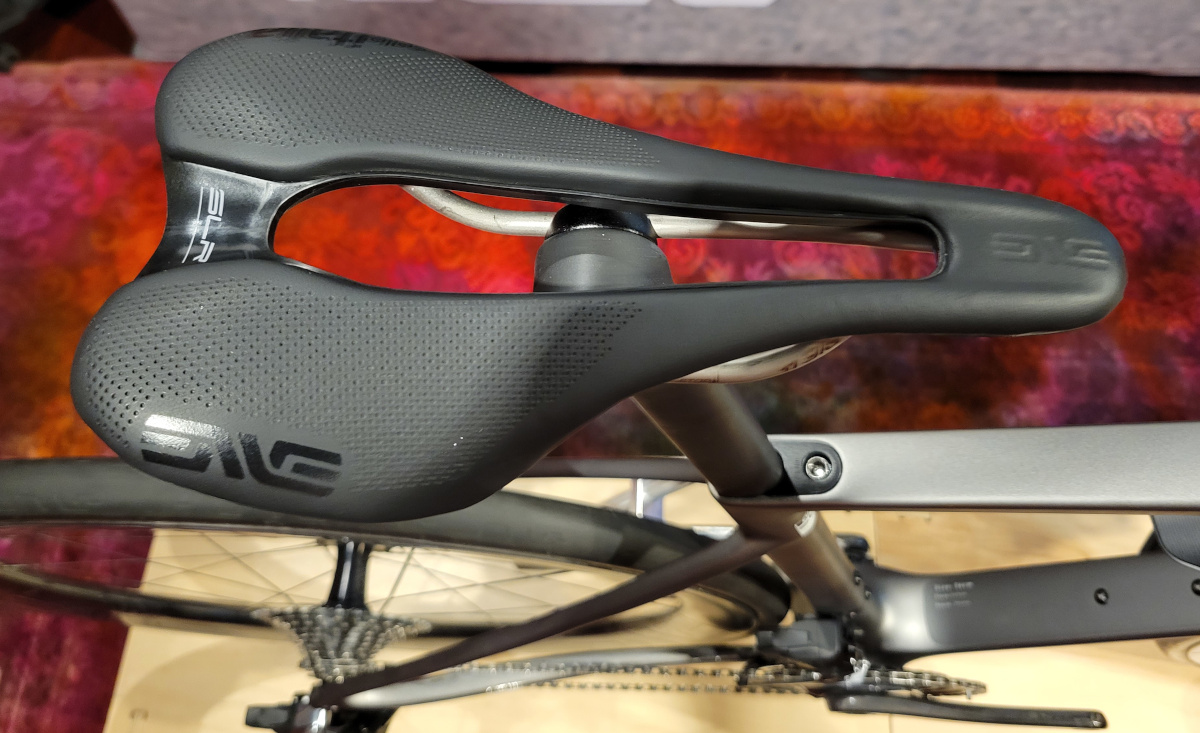 Speaking of the components, there is now an Enve branded saddle made by Selle Italia?
That’s right, the saddle is available now with either carbon or titanium rails.

Okay, you’re stuck on a desert island and get to choose only one bike – Custom or Melee?
The Melee is designed to be a quick-handling race bike and I like that about it, but for me, the Custom is the best of the best and it also has room to run up to 35mm tires.