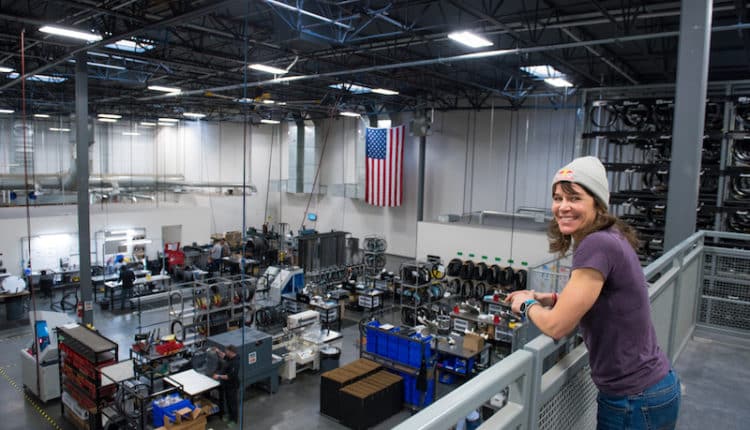 The word epic is used loosely these days, yet if there’s one person who truly epitomizes the term it would be none other than the “Queen of Pain” herself, Rebecca Rusch. From crushing course records at endurance events, to riding up Mt. Kilimanjaro, to being the first cyclist to complete the 1,200-mile Ho Chi Minh Trail, Rusch has become an icon through her adventures and activism. That’s why ENVE Composites is proud to announce a partnership that will provide Rusch access to ENVE’s collection of road, gravel, and mountain bike wheels for her two-wheeled pursuits in 2018. ENVE will also support all three Rusch Academy camps, and Rebecca’s Private Idaho, the gravel event Rusch founded in her hometown of Ketchum, Idaho.

“We couldn’t be more excited to welcome Rebecca to the ENVE family, said ENVE’s Director of Marketing Jake Pantone. “Rebecca embodies all the desired attributes of the ideal ENVE ambassador. She’s decorated on and off the race course, invested in growing the sport, and able to provide the type of feedback that drives innovation. I can’t wait to see what we can accomplish in the coming years.” 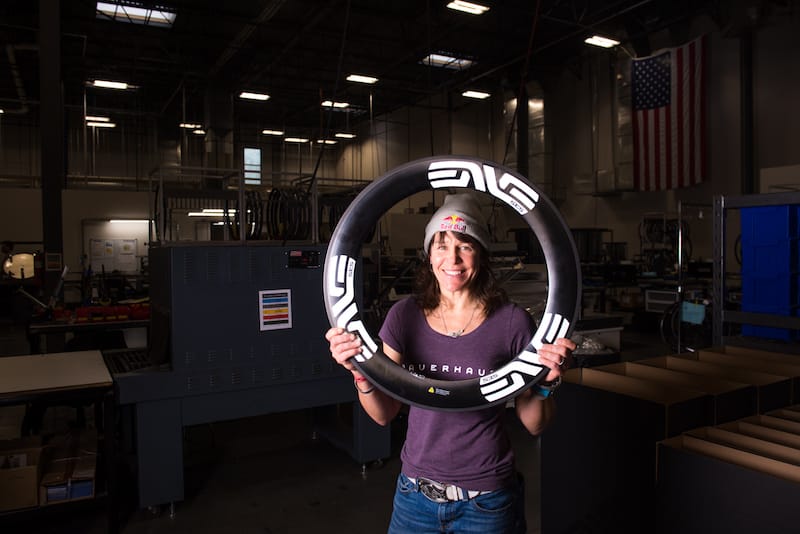 Rusch’s sporting accomplishments reach far beyond the bike and include being a member of the US National Whitewater Rafting Team and multiple expeditions on the Discovery Channel program Eco-Challenge. She first made her mark in cycling through endurance racing, having won the Leadville 100 four times. She’s also a three-time winner of Dirty Kanza 200 and current holder of the Kokopelli Trail women’s course record.

“I feel like ENVE’s history, founding principles and future goals are perfectly in alignment with my values and that’s the recipe for a great partnership”, said Rusch. “They have an uncompromising performance goal and are always striving to be better. As an endurance athlete I can relate to the mindset of always pushing to improve.”

The award-winning documentary Blood Road was released last year and chronicled Rusch’s emotional journey along the Ho Chi Minh Trail to find the location where her father’s plane was shot down in the Vietnam War. Rusch also authored Rusch To Glory and is an avid supporter of numerous charities, including ongoing work with PeopleForBikes and World Bicycle Relief.

Follow Rebecca Rusch and her 2018 pursuits on social at @rebeccarusch 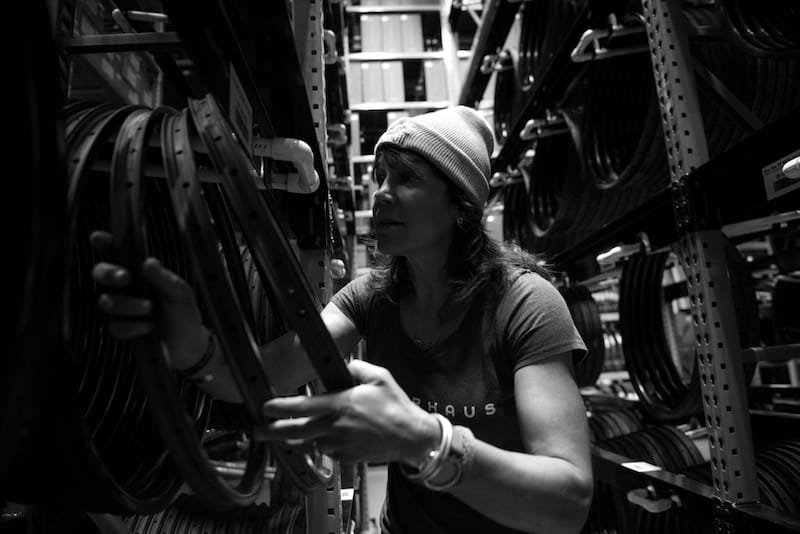