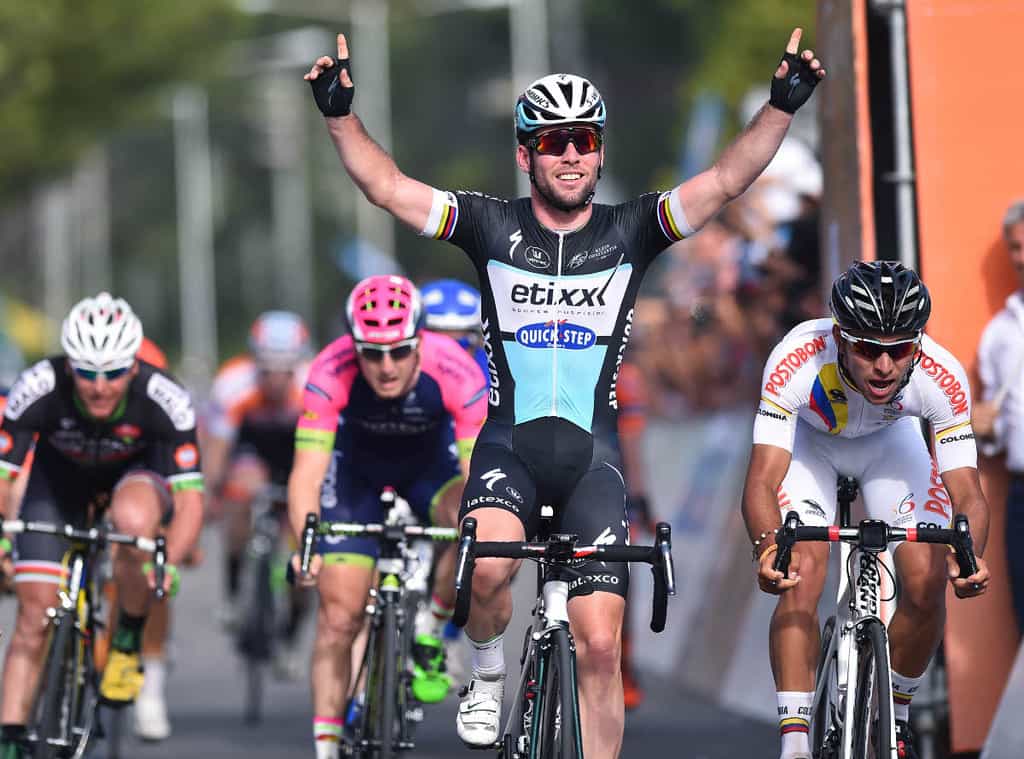 Etixx – Quick-Step has announced the selection that will participate in Dubai Tour, a 663km stage race in its 2nd year. Dubai Tour is part of the UCI Asia Tour, and it has been upgraded to 2.HC status for 2015. The race is held from February 4th until February 7th. The parcours of the stages normally favor a bunch sprint, as was the case in three out of four stages in the first edition. Unlike the 2014 edition, there will not be a prologue.

Mark Cavendish will be the leader of the team, and his leadout train will include Mark Renshaw and Fabio Sabatini. Tony Martin, three-time UCI ITT World Champion, is also part of the selection.

“I’m looking forward to riding Dubai for a second straight year,” Cavendish said. “It’s well organized and it is an important early season race to prepare our leadout train. We’ll be going with Mark Renshaw and also Fabio Sabatini, who is a new part of our leadout. It will be the first time the three of us work together in a competition. I worked really well with Sabatini at Tour de San Luis. He fits in really well. I think he will be great to position Renshaw as the final leadout man, and to also keep the train smooth. We’ll be looking for wins at this race just as we did at Tour de San Luis, and I’m looking forward to seeing what we can do and further fine tuning our leadout.”

“We go into Dubai Tour with a team set up around Mark Cavendish in anticipation of the sprints,” Sport Director Brian Holm said. “Stage 3 is one that can likely make the difference with the GC, with some uphills at 10% and 7%, as well as a finish at Hatta Dam with a steep ramp of 17 percent. But even with the other stages that are predicted to end in sprints, we aren’t taking anything for granted.”

With the upgrade in UCI status, the race has drawn tougher competition for 2015.

“There are some good teams here with some talented riders,” Holm said. “But we also have Mark Renshaw here as the final leadout man for Cav, which is something we didn’t have at Tour de San Luis last week. Fabio Sabatini did a nice job in his first race with the team filling in that role, but even though this is very early in the year, I’d like to see what these three guys can do together in Dubai with the support of other very hard working, strong riders like Tony Martin, Julien Vermote, Carlos Verona, Lukasz Wisniowski, and Petr Vakoc. This is a well organized race and everyone is excited to come back here with even better competition. In the first edition none of the teams knew what to expect from the conditions and the parcours. This year we return with a better understanding of Dubai Tour. But of course, this is cycling. Anything can happen at any stage. We need to be awake at all times. We are here with a strong team, racing against good competition, and we will see what can happen.”