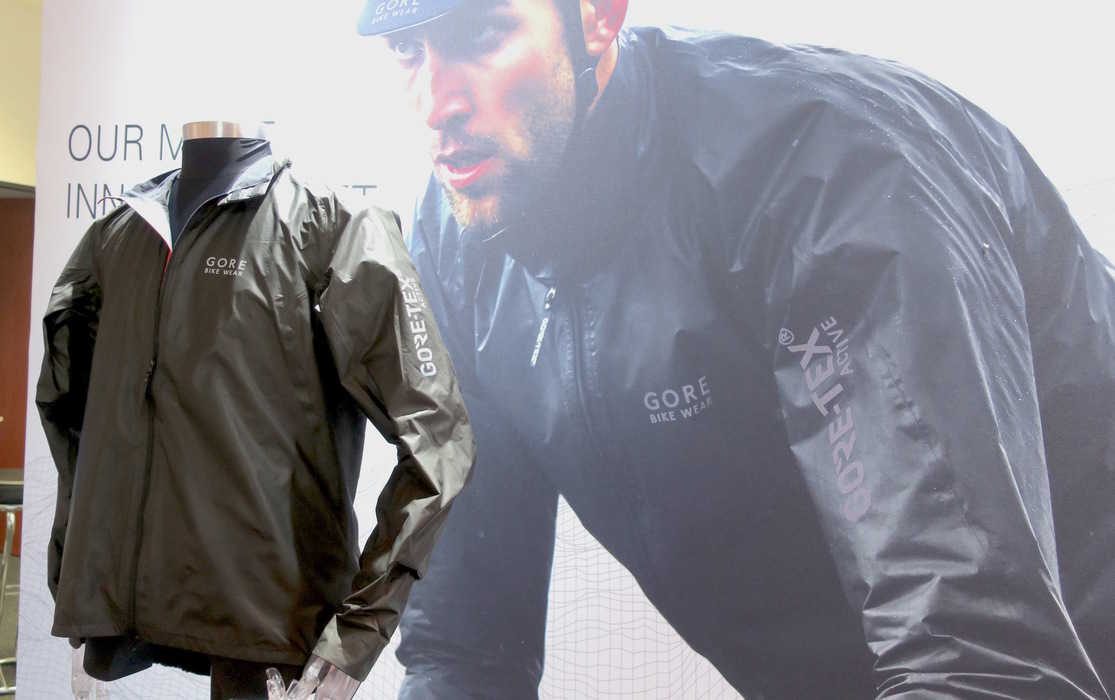 It easy to forget that Gore isn’t only a “rain jacket company” considering the stranglehold they have with waterproof and windproof technology that’s found in their own products, in addition to the numerous other brands they license their fabrics to. Even though Gore has full lines of apparel for any season, it’s their Gore-Tex heritage they’re best known for, and the jacket that started all of that over 30 years ago was prominently displayed in their Eurobike booth. Going back to 1985, company founder Bob Gore introduced Gore’s first waterproof cycling-specific jacket called Giro, and now they’ve decided to commemorate the occasion with a new model called the One 1985 GTX.

One year ago Gore did a limited-release of the lightest waterproof jacket they had ever made, the One GTX. It reduces weight and size of previous Gore-Tex jackets because the outer layer of the membrane doesn’t require a layer of fabric over it and instead uses what Gore calls Shakedry that allows water to simply bead off. It amounts to an incredibly lightweight (100 grams in size small) waterproof jacket that folds up small enough to easily stow in a jersey pocket.

For 2017, the new One 1985 GTX will be available using the very same design as the One GTX, but with a slightly more forgiving fit that allows a broader range of riders to enjoy it. It features a two-way zipper and a cycling-specific cut with a shorter front and dropped rear. Claimed weight is only 16 grams more than the One GTX at 116 grams and it will be available in two colors: black and orange. Retail price is $300.

Gore is also expanding their Oxygen Classics GSW line with a new bib short and jersey made of Windstopper material that uses a different membrane than Gore-Tex, but still delivers a water resistant-and-windproof garment. Both pieces of apparel are designed to be highly-breathable while delivering the warmth needed for cooler weather. The jersey offers three standard rear pockets in addition to a zippered pocket. Regarding the bibs, they are the first ones Gore has made in Windstopper that have a four-way stretch so they feel like a regular pair of bibs, plus they have a built in undershirt.

Riding With Diabetes: A How-To From A Team Novo Nordisk Athlete