Evenepoel wants to see routes before deciding on Tour or Giro 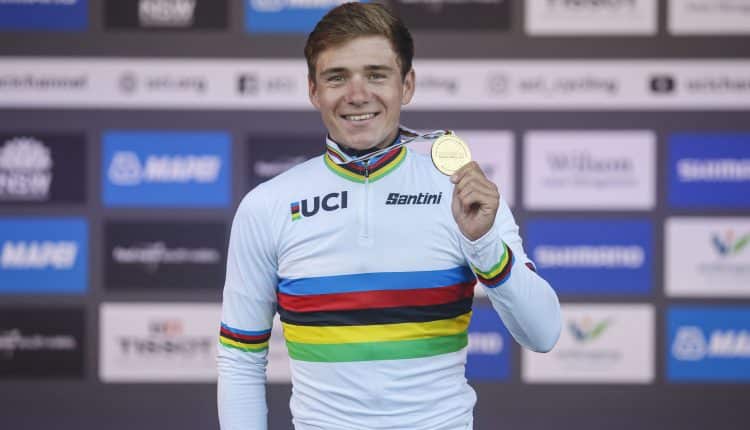 World road race champion Remco Evenepoel said on Monday he will wait to see the routes of the Tour de France and Giro d’Italia before deciding to compete in one of them next year. Belgian Evenepoel, 22, claimed the rainbow jersey in Australia on September 25 after winning the Vuelta a Espana two weeks earlier. Last month Evenepoel’s sporting director at Quick-Step Alpha Vinyl Patrick Lefevere said the Liege-Bastogne-Liege winner would not be on the Grande Boucle before 2024.

The Giro’s full 2023 program will be announced on October 17 with the Tour’s route published ten days later.

“I know after my success in Spain, there are a lot of comments from people who want to see me soon on the Tour de France,” Evenepoel told reporters.

“We will see the routes and notably their profiles and time-trial distance. When we have that information, we can decide which race we’ll do,” he added.

On Tuesday, he will race Binche-Chimay-Binche in Belgium, his first outing since his victory in Wollongong.

Evenepoel, his country’s first Grand Tour winner since 1978, has recently been linked with a move to Ineos.

“I’m surprised by what I’ve heard,” he said.

“I still have three years of my contract left. I trust my teammates. They trust me. I have no reason to leave,” he added.