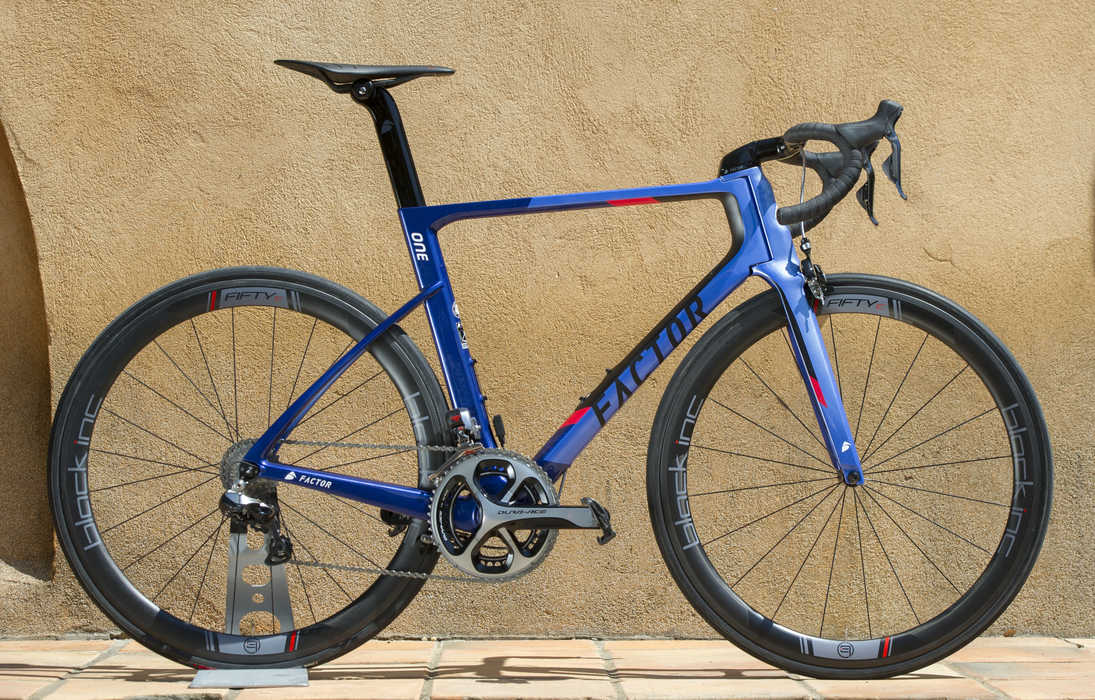 Factor Bikes is pleased to announce its partnership and entrance into the World Tour as the official bike supplier to AG2R La Mondiale Team for the 2017 season. AG2R La Mondiale Team has been a force in the professional peloton in various formations for 24 years since it’s induction in 1992. The team has won 17 stages of the Tour de France most recently with Romain Bardet’s solo victory on stage 19 this year, securing him second on the overall General Classification.
In 2017, the team will race on the new range of Factor bikes – the O2, ONE, ONE-S and the soon-to-be released Time Trial Bike, the Factor Slick. All Factor bikes are designed and developed with input from Factor owner and former Tour de France Green Jersey winner, Baden Cooke. Decorated former professional cyclist, David Millar, is also a key member of the Factor development team and together the pair bring over 30 accumulative years of racing experience in the professional peloton to the brand.
Co-owner of Factor Bikes and former pro cyclist Baden Cooke said of the partnership: “I am very proud that Factor will be entering the World Tour with a team as strong as AG2R La Mondiale. We are highly motivated to continue to develop our machines with the feedback from the riders to stay ahead of the game. We hope that this partnership will help Romain Bardet become the first Frenchman to win the Tour de France since Bernard Hinault in 1985. AG2R La Mondiale have a very rounded team and we believe that they can not only be a Grand Tour winning team, but also a force to be reckoned with in the Classics.”
Team AG2R La Mondiale General Manager, Vincent Lavenu, said: “A partnership with a new brand of bicycles is always an adventure. We approach this collaboration with great enthusiasm. We feel that with Factor we will be surrounded by highly motivated people, we are certain that the bikes that have been proposed as well as the technology and the skill set that will be put to our service, will allow our leaders to shine at the highest global level operating on very high qualitity bicycles. It’s certain, we have beautiful things to build with Factor.”
Team AG2R La Mondiale Cyclist, Romain Bardet said, “I am very happy with this commitment with Factor, a dynamic and innovative brand of cycles. I hope that together we can develop the best products to evolve at the highest global level.”
Factor Test Pilot and former World Tour professional cyclist, David Millar said, “It will be a very proud moment seeing the bikes I helped develop being raced in the Tour de France next year. Factor have allowed me more say in development than any manufacturer during my racing career, the collaborative effort has produced not only the road bikes but the Time Trial bike which I named the “Slick” (for no other reason than the first time I saw it for real I said, “Wow, looks slick”).  I hope the bikes and experience we bring can help AG2R La Mondiale and Romain Bardet, one of the most exciting racers in the peloton, win the Tour de France.”
WHAT ABOUT THE  BIKES?
Factor ONE The Factor ONE has been built from all-out stiffness and aerodynamic performance to deliver a significant advantage at the sharp end of races. It features Factor Bikes unique integrated fork, stem and bar together with the iconic Twin Vane split downtube design which allows turbulent air from the front wheel to go through – rather than around – the downtube to deliver a meaningful aerodynamic advantage.
Factor ONE-S The Factor ONE-S takes the iconic Twin Vane split downtube mainframe and blends the ONE’s exceptional aerodynamic performance with the unrivalled balance of lightweight, stiffness and road buzz damping. The ONE-S has been forged by both Baden Cooke and David Millar – the result is an insatiably addictive ride that delivers maximum speed with a class-leading quality ride so you can ride closer to the edge.
Factor O2 The Factor O2 is our beautiful chameleon – our most versatile bike that combines minimalist beauty with exceptional performance and no compromise to aerodynamics, weight or comfort. The frame tube profiling has been rigorously engineered to minimize drag and combines with the Svelte Fork. It is the lightest and most versatile frame and fork set offered by Factor Bikes and is equally at home effortlessly consuming the mountains of France as it is rolling sublimely over the Belgium pave.
“We make great bikes – not good bikes,” explains Baden Cooke on Factor Bikes’ design philosophy, “We don’t compromise on performance, every model is personally tested by David Millar and myself. We only use the very best materials, using the best design and manufacturing expertise in our wholly owned production facility – which has 20 years of experience creating World Tour racing bikes – together with exceptional fit, finishing and attention to detail.”
About Factor Bikes
Factor Bikes was born from the commitment to speed and innovation through engineering; the soul lives in technology and integration and its heritage is derived from advanced motorsport and aviation. In 2013 the company unveiled its first production bike, the Vis Vires, an award winning bike that caught the attention of Tour de France Green Jersey winner, Baden Cooke. Factor was looking for a more critical, race-proven eye to join the company and in 2014 along with Rob Gitelis – carbon manufacturing industry leader, know as one of the most knowledgeable and skilled names in the business– Baden purchased Factor Bikes. Factor will not compromise anywhere in the pursuit of aerodynamic, aesthetic perfection and unrivalled, innovation and performance.
For more information visit: Factor Bikes