At the Fuji International Speedway venue, around 60 miles from Tokyo, the rules on Wednesday allowed for 10,000 spectators, less than half the venue’s capacity of 22,000. But only 2,600 showed up. And it’s a pattern seen elsewhere. After the decision was made to ban fans from most venues — with strict limits on the remaining sites — just 70,000 tickets remained out of 3.63 million sold before the Games were postponed. But of those, 30,000 requests for refunds have been submitted. And at another venue allowing fans, in northeastern Japan’s Miyagi region, only around 2,000 people have showed up to watch recent football matches — well below the 10,000 cap.

Daisuke Ono, 37, came to watch the cycling on Wednesday with his wife and four children, but admitted he’d “hesitated” over the decision.

“But since Shizuoka is practically the only place where you can see the Games, it was our only chance,” he said. And not everyone is so hesitant. Some people have been showing up to events held on public roads in Tokyo, hoping for a chance to glimpse competition despite requests from authorities to stay away. 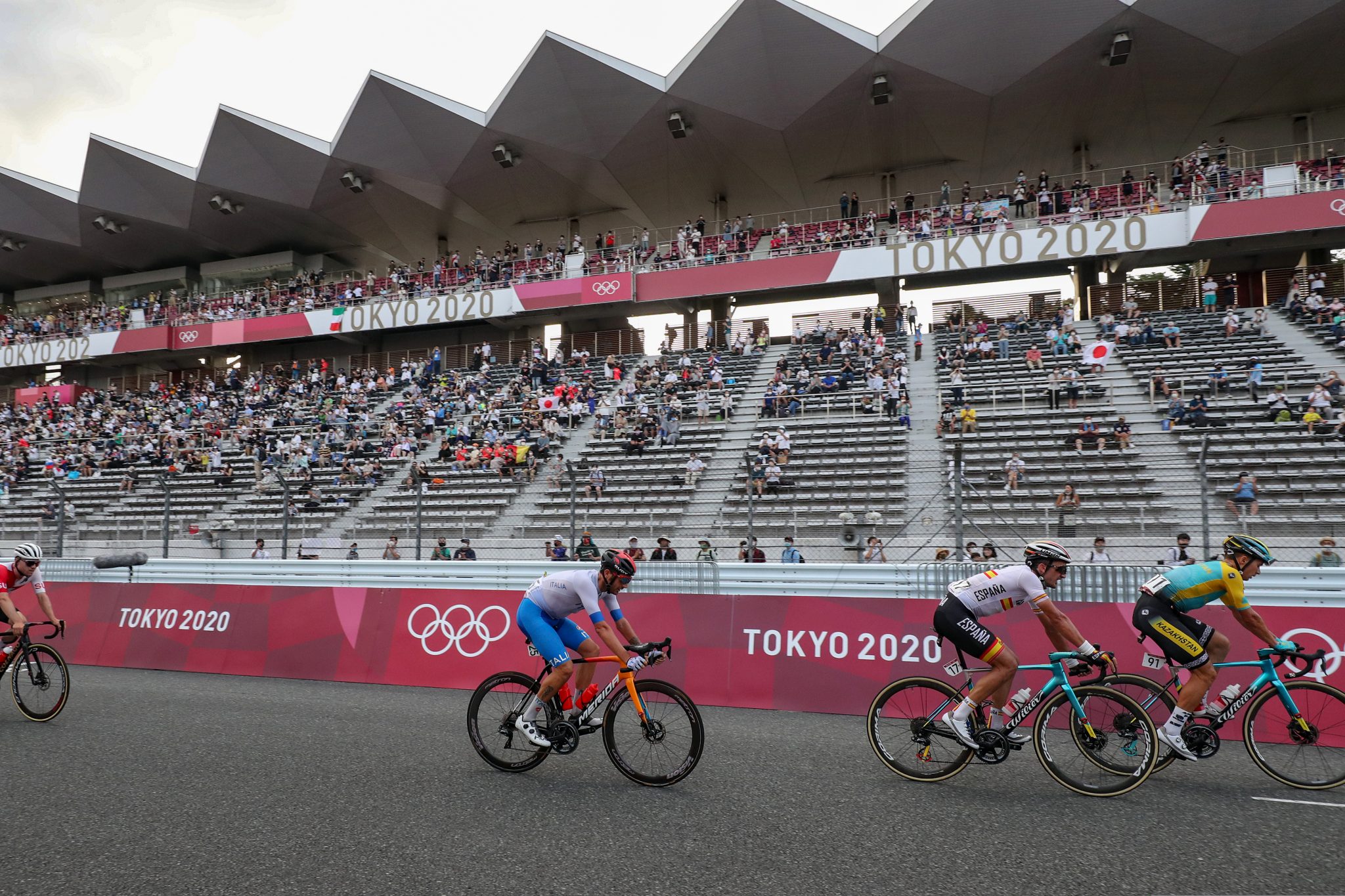 Naoto Sugiyama, 52, said he’d decided to come to the cycling because it was “an occasion not to be missed”. And the 52-year-old said he was disappointed that there was not a “crowd of supporters to encourage the riders”.

Tomoe Kogo, wearing a kimono printed with Olympic rings, said she had decided to come specifically because she did not think the venue would be full.

“I heard that a lot of people asked for refunds, so to be honest I figured there probably wouldn’t be crowds,” she said.

“I think people are realizing that after all the negativity, this is their only chance to watch the Games,” she said.

“That did bring some people out.”

For some though, the lack of crowds was actually a plus, with Satoru Onishi saying it was “really nice that there weren’t many people.”

“It would have been awful if we were packed in like sardines.”