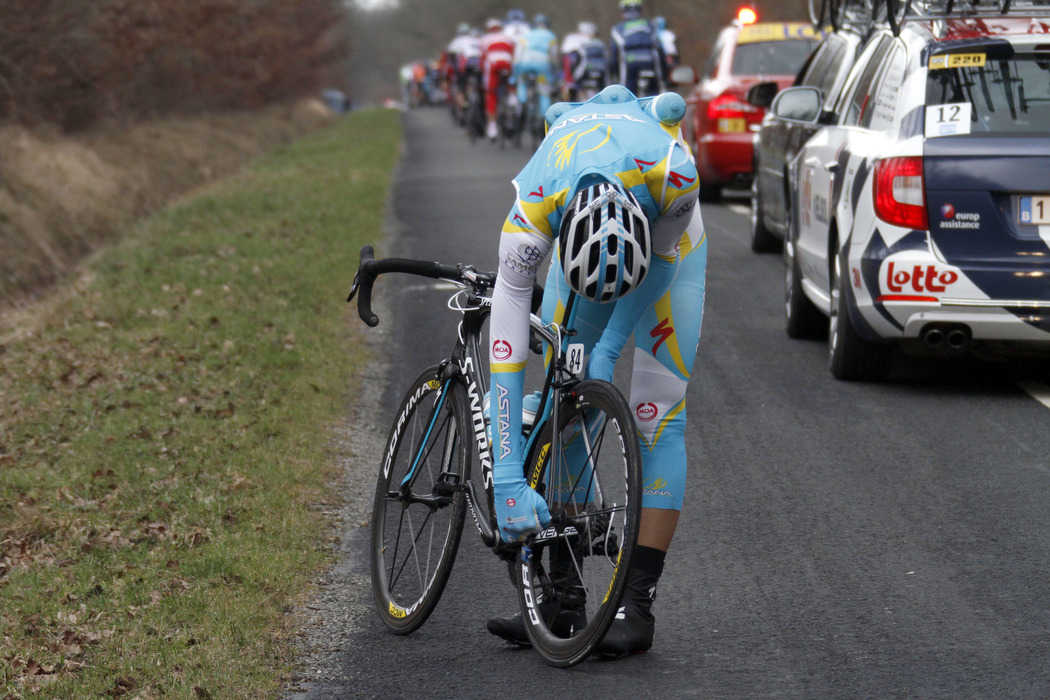 The UCI world cycling federation on Friday called for the withdrawal of the racing licence for the Astana team of Tour de France winner Vincenzo Nibali over doping accusations.

The UCI said a study on the Kazakhstan-based team contains “compelling grounds” for a review by the body’s independently-run Licence Commission and that it requests “the Astana Pro Team licence be withdrawn.”

The World Tour License gives access to the main international races, including the Tour de France and big tours in Italy and Spain. Astana said it was “compelled to respect” the UCI move while it awaited a final decision. Media reports said it was consulting lawyers.

The team has been under the spotlight since brothers Maxim and Valentin Iglinksy and three other Astana riders tested positive for banned substances in the past year. It has also been on the defensive over Italian media claims claims that banned doping doctor Michele Ferrari had met with the team.

The UCI agreed to give Astana a World Tour Licence in December on condition that the team cooperated with a study by Lausanne University’s Institute of Sport Sciences (ISSUL) on last year’s doping cases.

“After careful review of this extensive report, the UCI strongly believes that it contains compelling grounds to refer the matter to the Licence Commission and request the Astana Pro Team licence be withdrawn,” said a UCI statement.

“The UCI considers that the ISSUL audit has, among other things, revealed a big difference between the policies and structures that the team presented to the Licence Commission in December and the reality on the ground.”

The federation said it had also been given details of an Italian investigation into doping and tax evasion by cycling teams. Media reports said the Italian magistrates had details of a visit to an Astana camp by banned doctor Ferrari.

Ferrari was banned from cycling for life over his role in the doping scandal surrounding disgraced US cycling champion Lance Armstrong.

“As some evidence concerns Astana Pro Team members, the file has been passed to the Licence Commission as part of this referral,” the UCI statement said.

Astana’s general manager is Alexander Vinokurov who twice tested positive for blood doping on the 2007 Tour de France and had worked with Ferrari in the past. He has strongly denied any systematic doping by the Astana team.

An Astana Pro Team spokesman told AFP of the UCI move: “We are compelled to respect the decision pending due process from the Independent License Commission.”