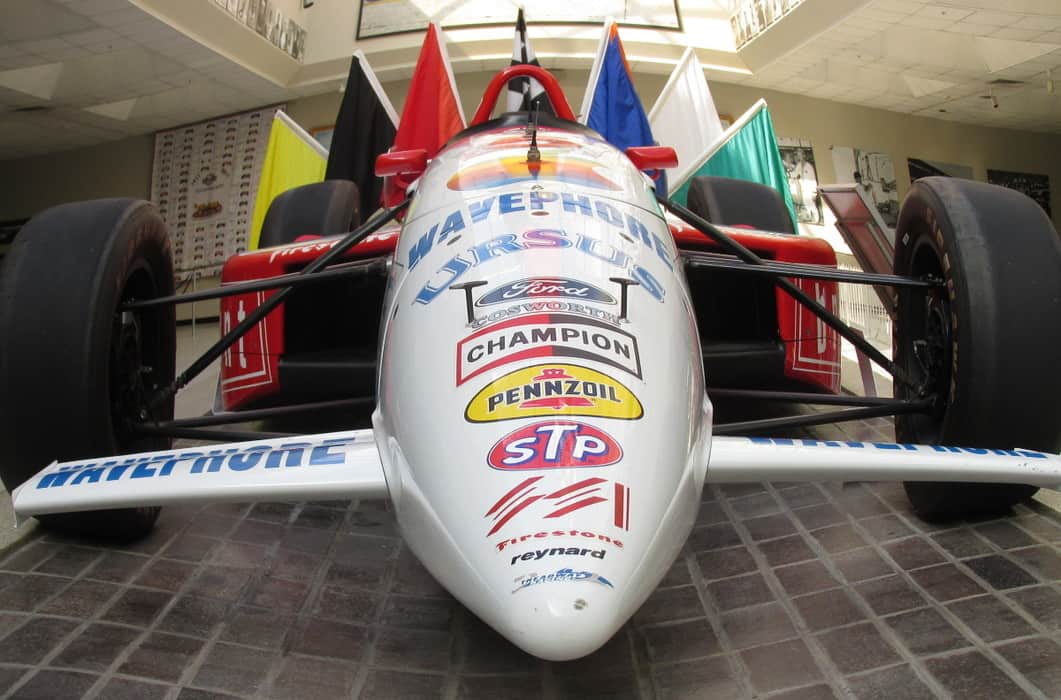 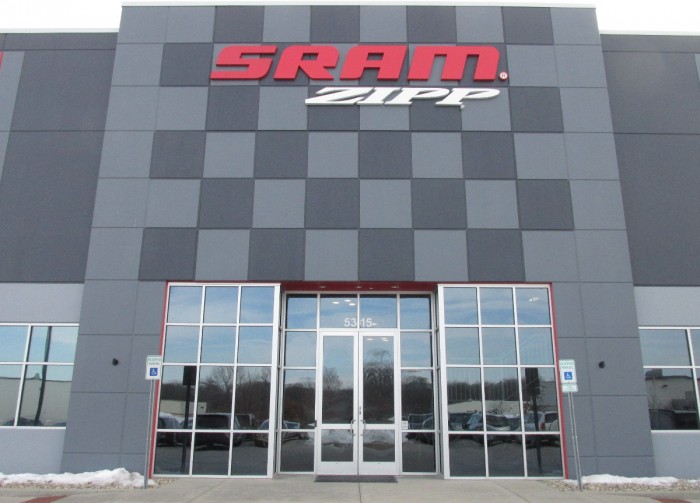 On a seasonably cold day in Indianapolis, Indiana, Zipp opened their factory doors for the media, many on their way to the Handmade Bike Show in nearby Kentucky. Of course, given the weather conditions, whether or not we made it to the neighboring state was unknown at the time. Not only did the morning visit allow for a tour inside the five year old factory, but it also acted as platform to talk about some new wheels being unveiled: the Zipp Firecrest 202 and 303 Disc.

Originally founded back in in 1988 by Leigh Sargent for the manufacture of disc wheels, Zipp also dabbled with Tri frames and cranks for a short while before focusing back on its core products of wheels and cockpit components. Following its purchase by SRAM, Zipp has grown exponentially, and literally too big for the old digs which sat in the shadow of the Indianapolis Speedway. About five years ago a new 80,000 sq. ft. building was built to house the Zipp headquarters and the almost 300 employees that keep the place running on a 24/5 schedule. 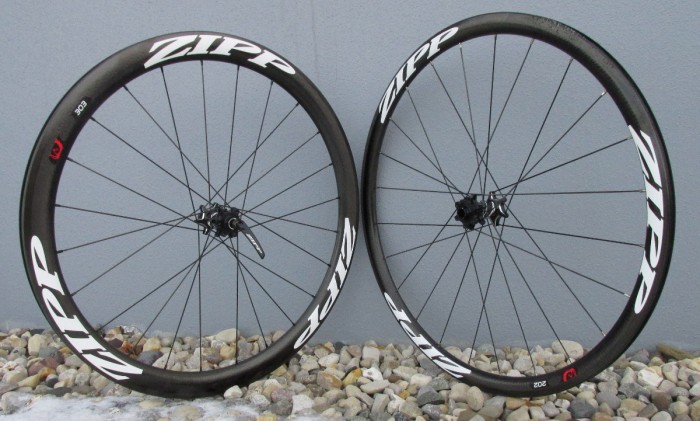 The big news from Zipp, which really wasn’t all that big, was the introduction of new 202 and 303 Firecrest disc compatible wheels. Actually, the bigger news of that big news was that they have a new hub (see specs below).  The 77/177D Hub has a host of new design points, including thru-axle compatibility and the loss of the pre-load set screws. Probably the best news was that there have been price reductions across the board – the 202 “climbing” wheels a have been reduced by $400 to $2200.

Once the wheel specs were explained and the word “gravel” used to speak to their diverse application, there was a subtle sense of disappointment to find that the wheels: A. have a 17.25mm internal width and B. are not tubeless ready.  Ouch. While neither of those two facts disqualifies the new hoops from dual purpose use, it would seem that any disc road wheel launched these days would first and foremost embrace the needs of the cyclocross and gravel set. Zipp’s wheel product manager Jason Fowler reiterated there is still a growing popularity of disc road bikes (which is good news), but clearly (or cynically), in lacking those two attributes it would  seem to indicate that Zipp is either still buying time until more gravel standards get settled and/or they’re just buying some time until their more gravel/specific wheel is developed. The good news for ‘cross specific riders is that they have a tubular version of the 303 disc  – a pair which were used by Jeremy Powers to recently win the National Cyclocross Championships.

To say that the new wheels aren’t impressive, would first and foremost, do a disservice to all that Zipp has going on in their factory. This was the place that brought the first carbon wheel victory at Paris Roubiax after all as well as countless other major victories. So many engineers, so much testing, so much carbon, and so much technology.  Zipp’s competitive streak is no doubt influenced by the atmospheric ethos that emanates from the Indianapolis Speedway. As with the cars that start arriving next month to try and qualify for the Indy 500, speed is what it’s all about at Zipp. That, to me, was the most impressive display of the day.

While there were some limits on what could be photographed, everything made available to the naked eye made the case that this is a place where fast wheels are developed and made. One of the key elements of design that helped propel Zipp to its leadership position in the sport was originally brought from Leigh’s own background with Indy car development – “stability in traffic”.  Every carbon rim is handmade in Indy and a majority of them are hand built into wheels here as well (rims sent to Europe or Taiwan are hand built off site).

In terms of sales, Jason told me that Zipp popularity starts with the 404 and descends to the 202. Incredulous that the fabulous 202 wouldn’t be the most popular, Jason stated the obvious by reminding me, “if people buy a carbon wheel they want to take advantage of the aero shape and benefits,” he said. Yeah, whatever!

Jason also said that as there is every reason to hope that some of the technology put into the new limited edition 404 FireStrike wheel  (see our review here) could very well  find its way to both the non-disc 303 and 202 rims. As of now, Zipp’s new disc specific wheels optimize all the wheel know-how that’s made the brand a leader in the go-fast wheel market. Hand built speed made in American – Zipp. 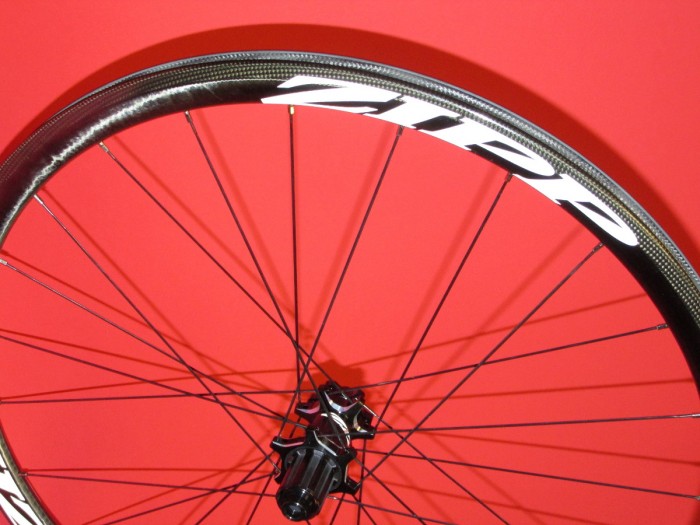 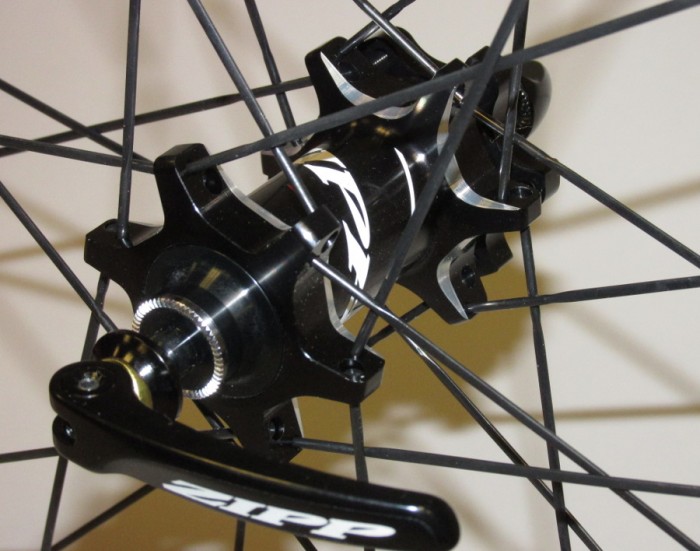 AS FOR THE OTHER FAST STUFF…