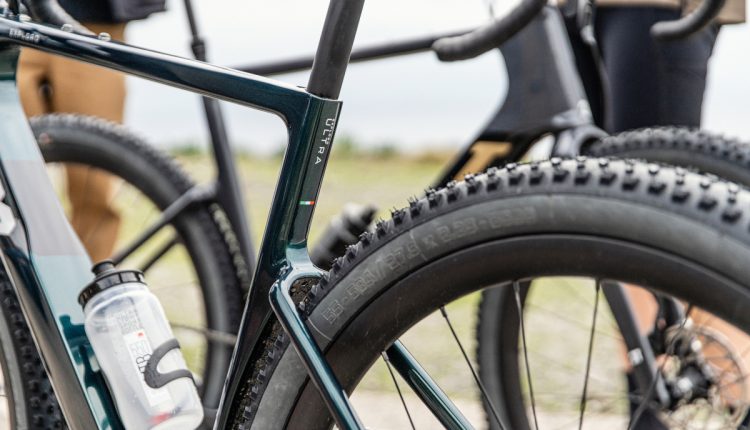 Yep, he’s at it again. Just when you thought the gravel bike market had matured and would move on no further, out comes GV with an updated version of the Exlporo Ultra that we tested a few years ago – RBA 3T Exploro Race Max.

The new 3T Exploro  Ultra is available in models that run on  either 650b wheels or 700c wheels, but takes the “big tire” concept a step further with a re-designed frame to make room for up to 61mm tires. There are six frame sizes available in five colorways. 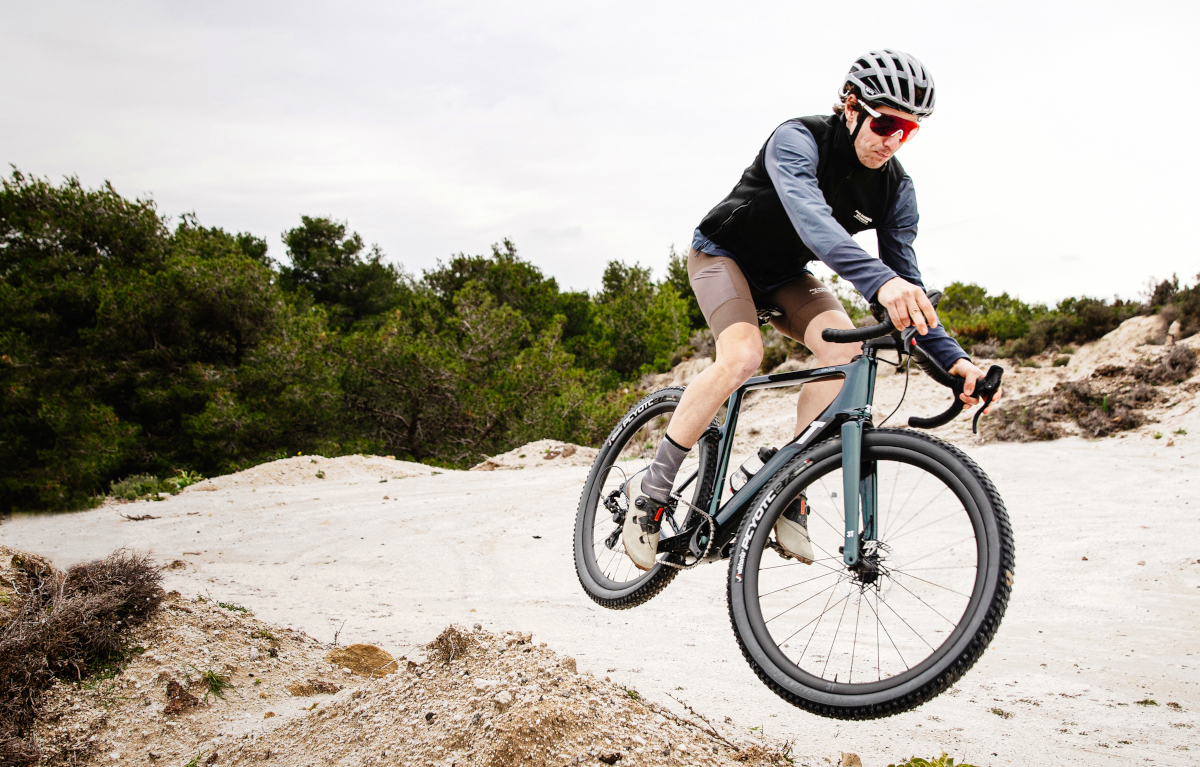 When we asked Gerard what the purpose was behind the new Ultra versus the Exploro Race that preceded it, he said, “The bikes share the same philosophy. The goal is to create a road bike with off-road capabilities.” But while the frames share many of the same visual design cues, the big difference is the wider, aero-enhanced downtube that starts at 75mm wide and tapers to 60mm wide that’s intended to work better with the bigger tires of the Ultra.

Another topic that came up was what differentiated the Ultra from the  big-tired Open WI.DE that Gerard also had  a hand in designing, Gerard said that “The WI.DE doesn’t have the speed focus that the Exploro has and there is also a difference in the frame stiffness.  You know, I don’t know why some gravel riders make their bike choice more difficult than it needs to be.” Gerard continued, “In principle they can all do the same thing, it’s just that some bikes have a different focus. The one thing I don’t like hearing is when people say “you  can’t do this on that bike”. I mean, you can ride gravel on a road bike with 28’s, well, with a lot of spare inner-tubes, but you shouldn’t let the bike choice exclude you from riding!”

The Ultra frame sells for $3199 followed by the Camp Ekar/650b and  Campy Ekar 700c bikes that sell for $5699, a SRAM Force Eagle/650b bike for $6199 and a special Crank Bros. Edition with SRAM Force Eagle model that will sell for $8199. All the bikes are spec’d with an array of Italian branded parts from  3T, Fulcrum, Selle Italia, and Vittoria. 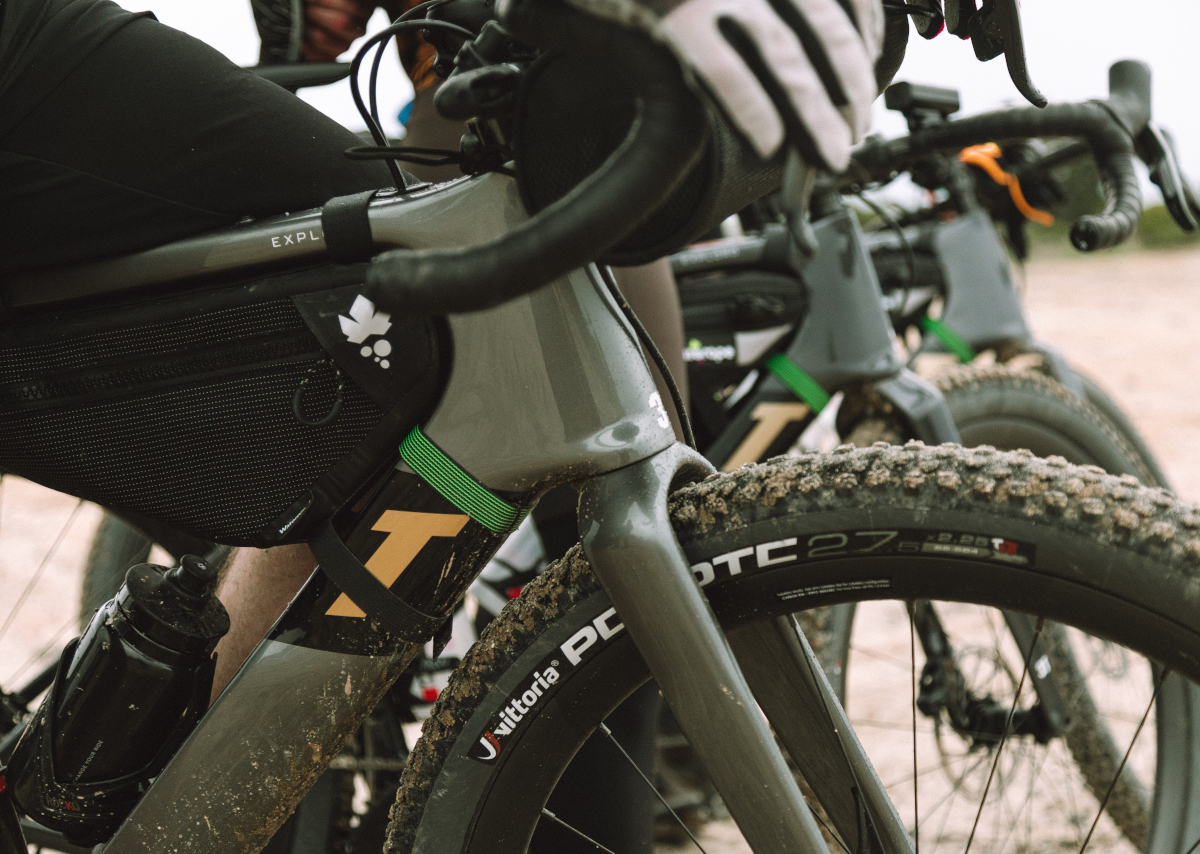 As gravel riding continues to push new boundaries that Gerard made about the main point about the Ultra’s capabilities  due to its capacity for running bigger tires. “You don’t want the ride to exclude you because of the bike!”

The Ultra was our most difficult aerodynamic challenge to date. Start with massive 55-61mm tires and then make the bike aero. There’s nothing we can do about the tires, they’re big and the knobs don’t help. What we can do is take the airflow mess that comes off the front wheel and try to catch and redirect it. That’s why you will see the 60mm wide downtube placed closely behind the front wheel, going even wider as it gets closer to the BB.

Blending this into the headtube with an off-center aero profile along with loads of other tricks gives you a bike that feels so much faster than your brain can compute. Because let’s be honest, when you see those tires, your brain gets ready for that slow, boring paved performance of a mountain bike. But thanks to your riding position, the aerodynamics, the BB stiffness and the narrow Q-factor, the Ultra actually feels 100% like a road bike when you want to go fast. Even when muddy. 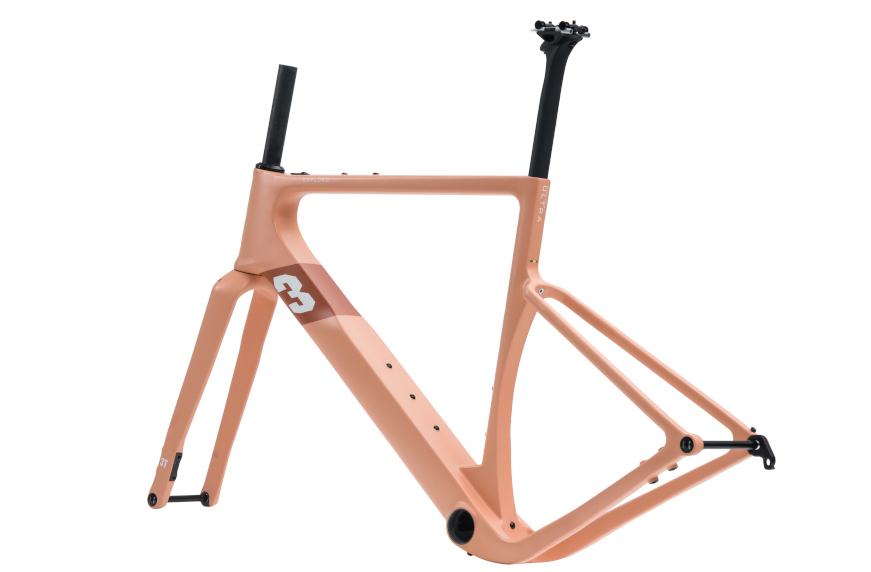 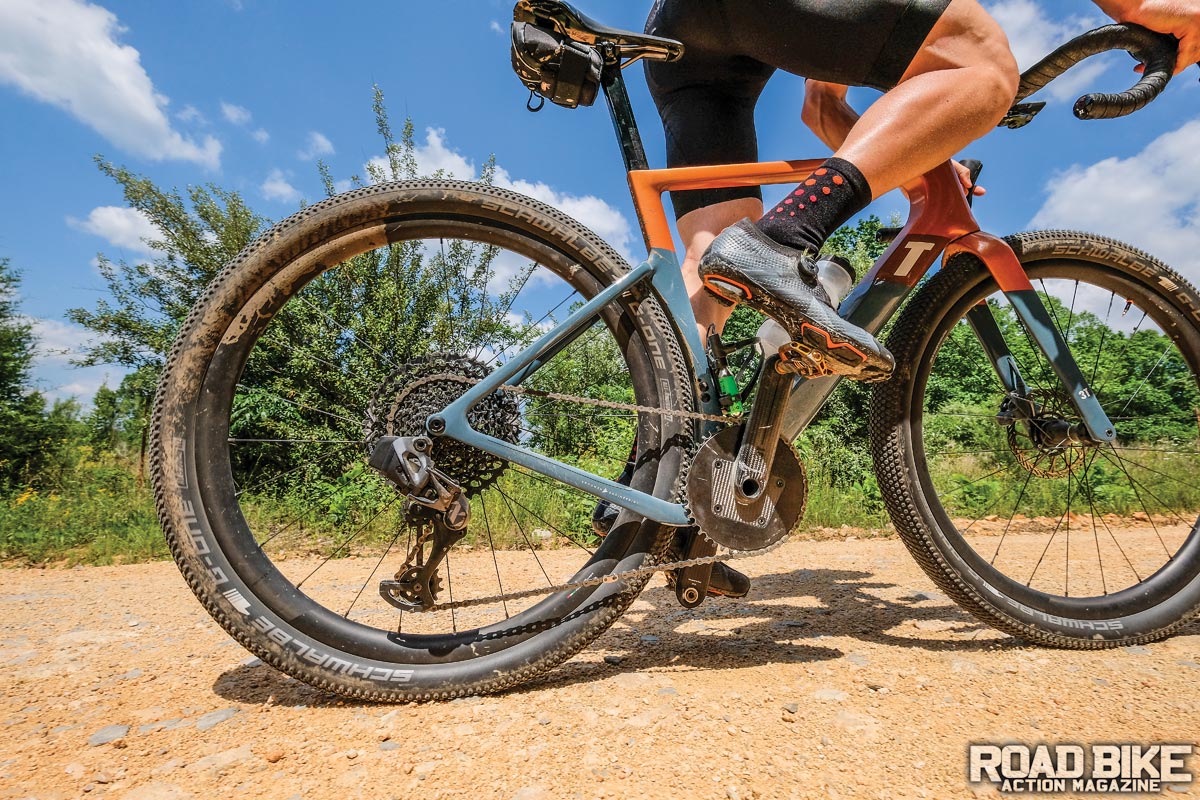 The RaceMax frameset is is fastest with 35-42mm WAM tires. That’s when its top speed rivals the best road bikes out there. So whether you’re on asphalt, easy or tougher gravel, you can be sure you have the fastest setup. But depending on where you ride and how fast you ride, you may want an even bigger tire for ultimate traction and control. Good news: 90% of the aerodynamic advantage of the RaceMax frameset still works with tires up to 61mm WAM.

In a way, the Ultra is the reverse. It is aerodynamically optimized for 55-61mm WAM tires thanks to its wider downtube near the front tire. This extra width better redirects the air coming off a bigger front tire. If you prefer a smaller tire, you can run a 700c tire up to a 46mm WAM. But as you go to a smaller tire, the Racemax becomes the faster choice again. In addition, the Ultra combines its aero seattube with a round seatpost so you can fit a standard, dropper or suspension post. 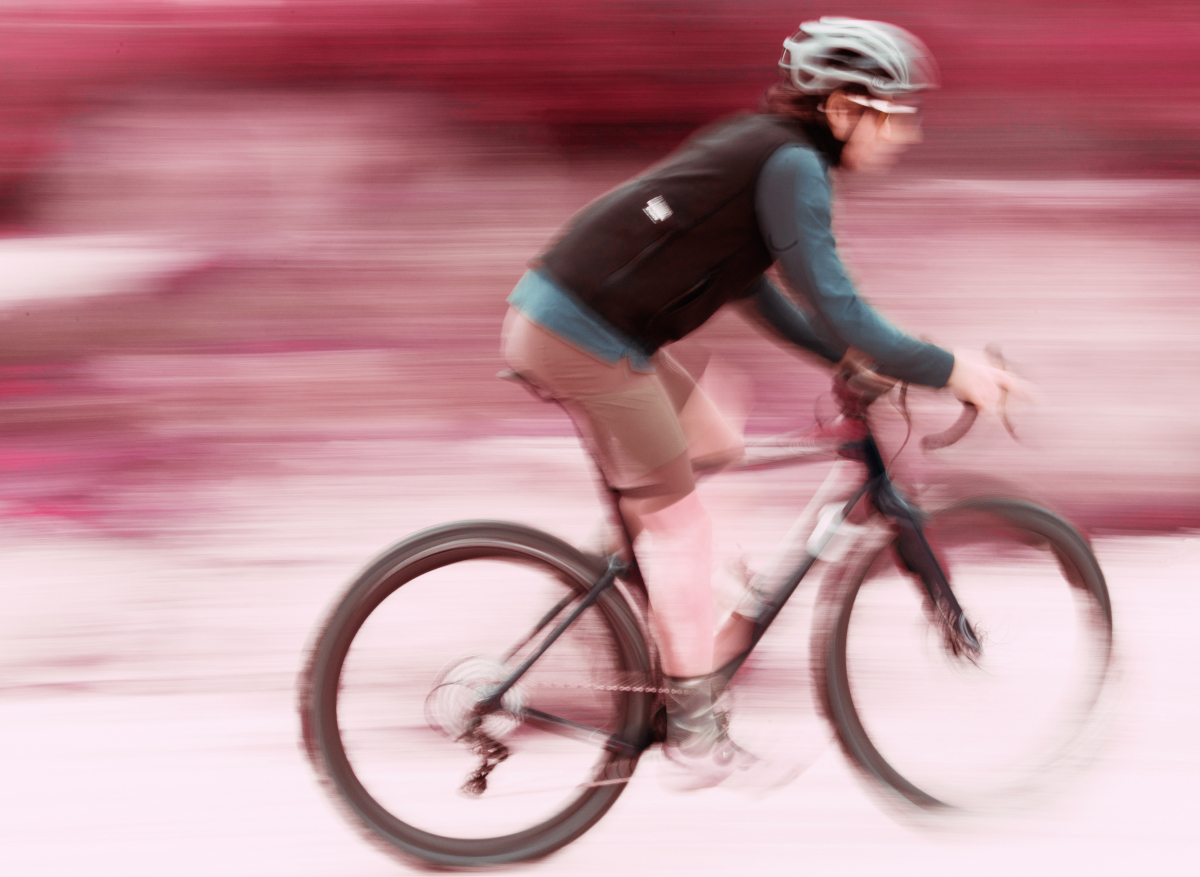