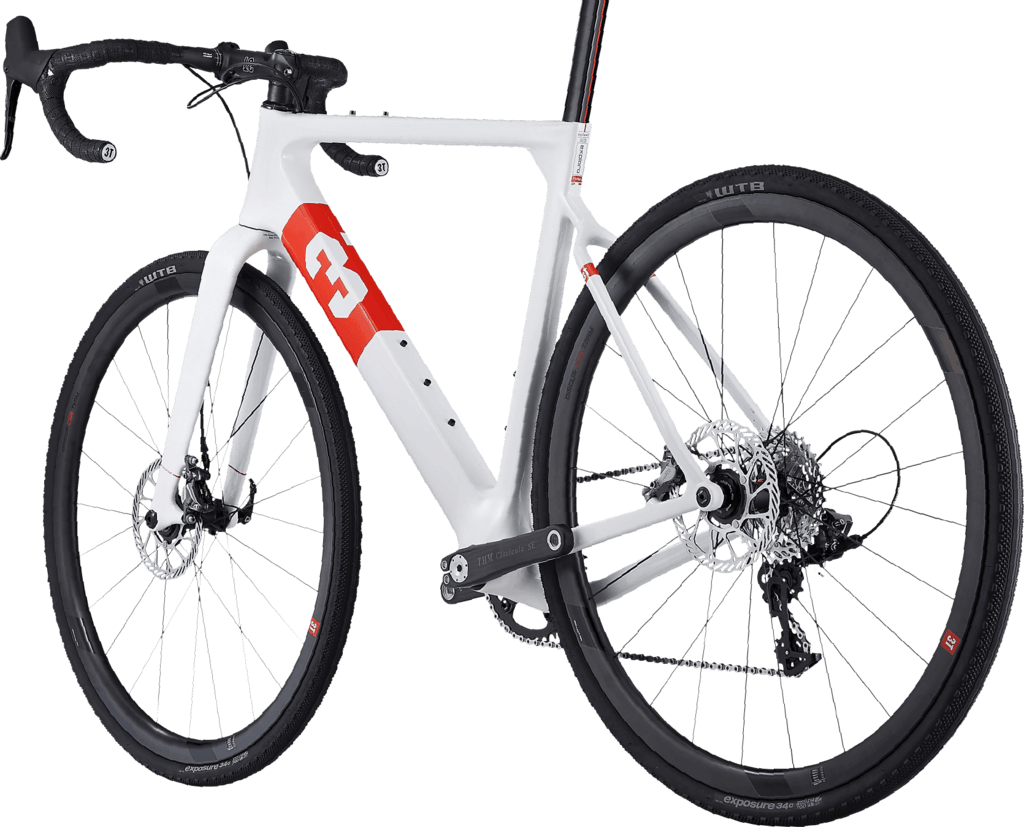 As the old adage go, “you can’t keep a good man down” and that would certainly apply to former Cervelo man Gerard Vroomen, who, in his post-Cervelo days not only created a new bike company Open Cycles, but he has also re-focused his attention on the legacy Italian component brand 3T of which he is a part owner. In truth, during the last few years 3T was seen as existing a quasi-moribund state, however, owing to the press release we received just this morning regarding the new 3T Exploro aero gravel bike, it’s apparent that there has been an infusion of new technology and fresh design ideas. 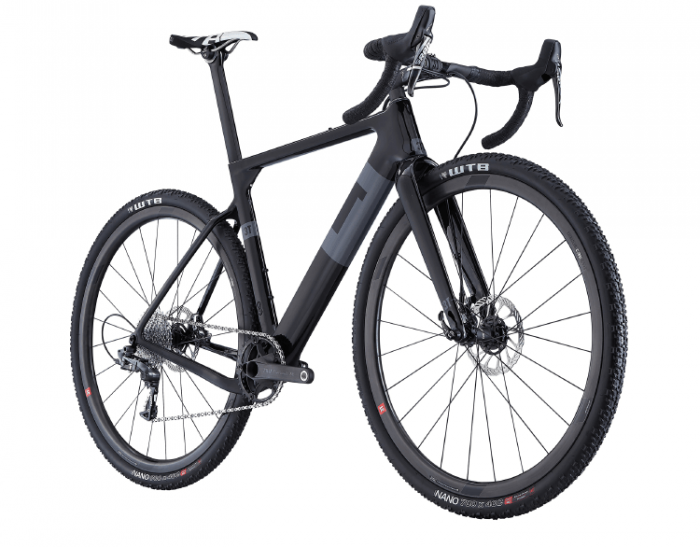 All it takes is one quick glance at the Exploro to notice the signature Vroomen design influences from his previous work with both Cervelo and Open. But an aero gravel bike…really?! Was anybody asking for such a bike? We’re sure that as far as the confident Vroomen is, that’s a moot point. It would be like asking if anybody was asking for a Statue of Liberty before it was conceived? Of course, not, but look at the impact it had on history and the value it ultimate played on a day to day basis. Visionaries don’t wait to be asked to create something – it comes to them naturally. And really, there is probably no one better suited to meld the world of aero and gravel than Gerard Vroomen. 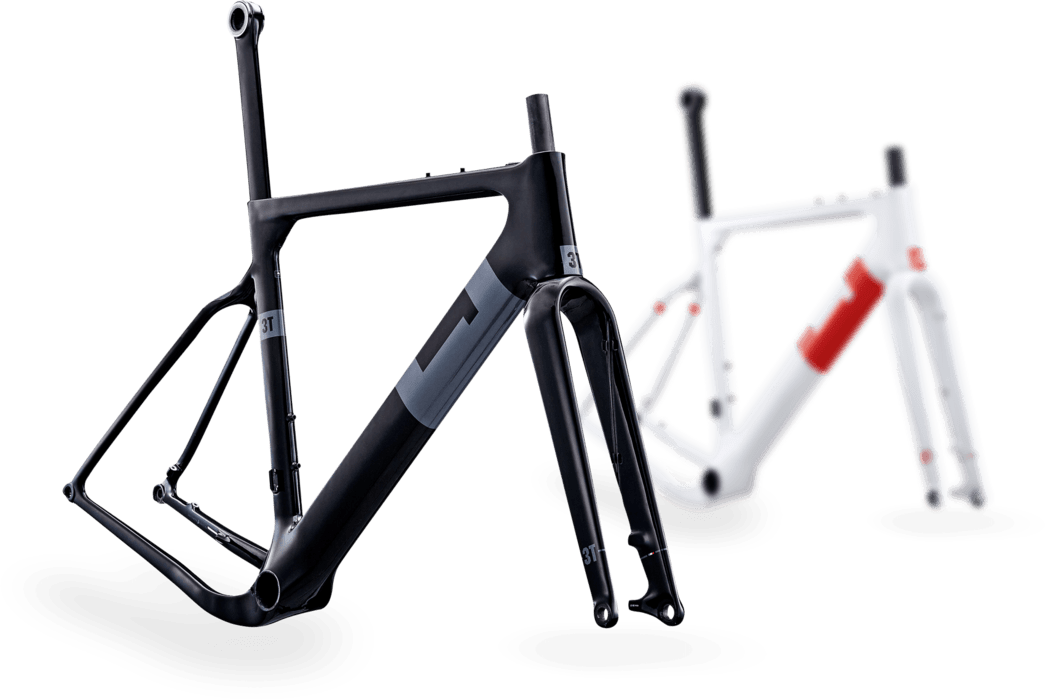 So what do we know about the bike so far? Two versions are planned; the $4200 LTD and the $3000 Team and they will be available in four sizes (Sm, M, L, XL). Similar to Vroomen’s Open UP gravel bike, the frame features asymmetrical chainstays and the ability to run either 700c road or 650b mountain bike wheels. Most noticeable about the bike would be the massive 50mm wide downtube and 25mm wide seat tube.

One of the more curious things we read about the bike was the claim that when the bike is set-up with “40mm knobby cross/gravel tires and 2 water bottles it is faster than the equivalent clean round tube bike is with 28mm slick road tires and without bottles.” Wow. 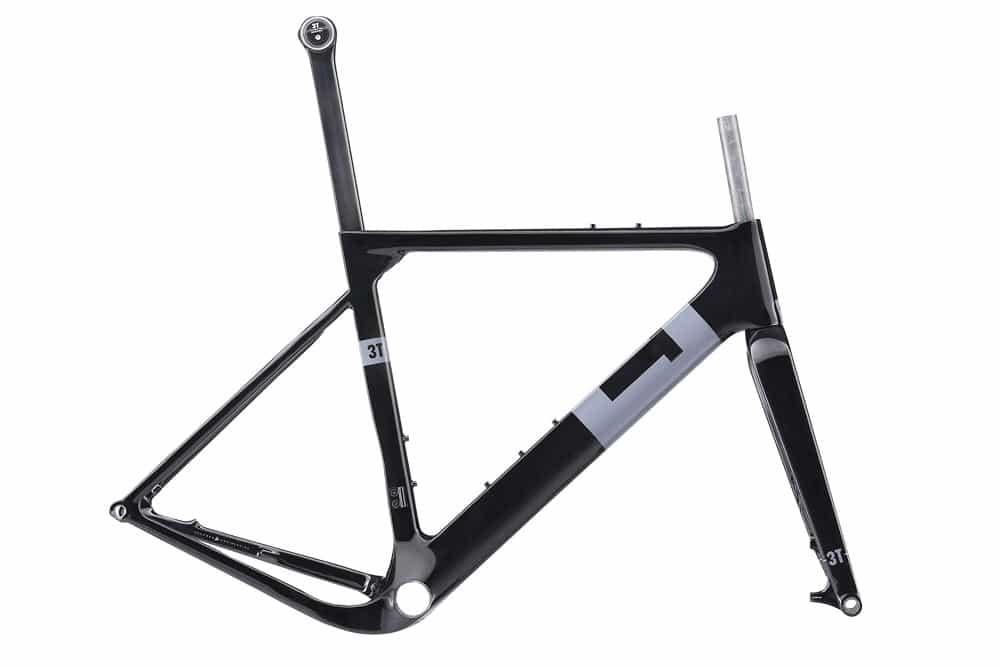 Of course, the frame is both disc brake and thru-axle dedicated, however, thanks to the novel “Flip Top” cable guide port located in the top tube just behind the stem, the Exploro can host either 1x or 2x drivetrain and either mechanical or electronic cabling, The frame uses a dedicated 3T Charlie Squaro seapost that fits the overall uses of their Squaro tubes.

Having just finished our test of the Open UP during which time it was also used to contest the 200 mile long Dirty Kanza gravel race, we have high expectations of the new 3T rig and hope to get one to test soon.