Hitting the scales at just 69 grams 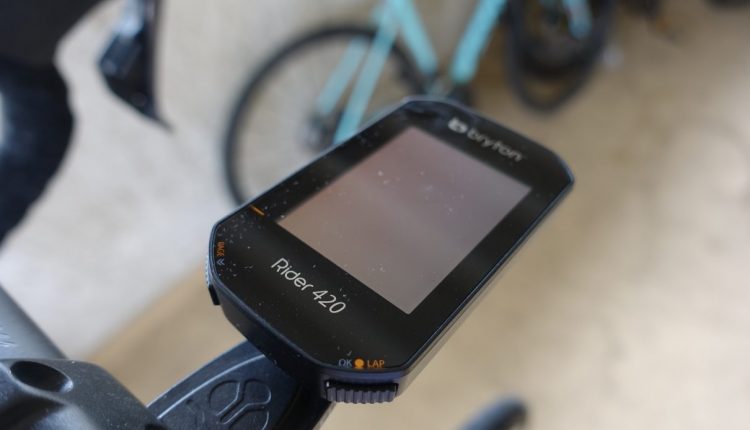 As more and more cyclists flock to adventure cycling’s long distance events, the demand for a cycling computer with a battery life that can last the length of the Dirty Kanza 200 or Leadville 100 is on the rise. Bryton’s Rider 420 uses a simple mono LCD display and extensive  35 hour battery life have bolstered their reputation as one of the few computers on the market with a battery that can go the distance in the growing number of grueling rides.

At first glance the 2.3in LCD screen reminds us of cycling computers from a decade ago, instead of the colorful hues offered by Garmin and Wahoo, Bryton opted for the simple black and white display to optimize battery life. Bryton claims a maximum batter life of 35 hours. After four hours of our first ride we noticed barely a dent in the Bryton’s battery icon. This resulted in us charging the Rider 420 about once a week.

The Rider 420 offers seven possible pages that can be set with up to 8 pieces of data. It includes the basics time, speed, distance, calories, cadence, altitude, power and hear rate, in a total of 77 different variations. 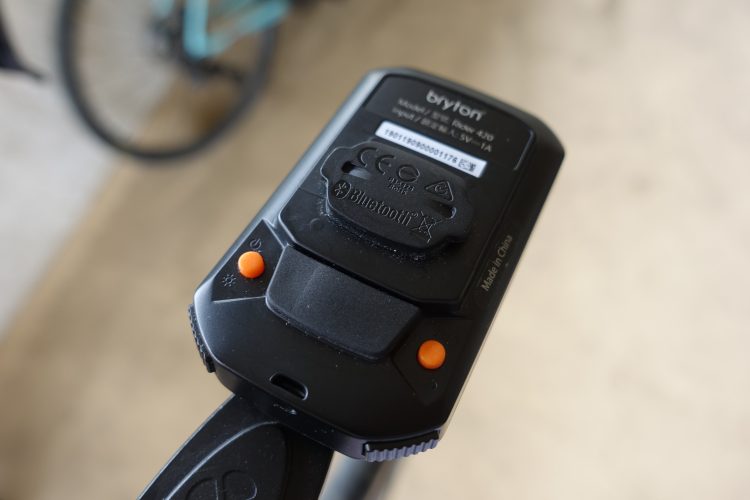 Four buttons control the Rider 420, two on the bottom and two on the back. The two buttons on the bottom are the most used they control basic navigation, lap functionality. One rubber button on the back controls power and the manual back light function, and the other controls ride pause and stop plus the back function. Both of the backside buttons are hard to reach when the computer is mounted however the are usually only  used at the beginning and end of rides.

Another important feature for adventure cyclists is the basic navigation functions. Bryton does not offer a map page with the 420 but the computer offers turn by turn directions when synced with a route. Routes can be uploaded as .gpx files directly to the headunit or they can be synced from the Bryton Active app and from apps like Strava. Bryton’s Active app is our go-to way for uploading rides from the 420. The app can upload rides from the 420, then sync them to apps like Strava.