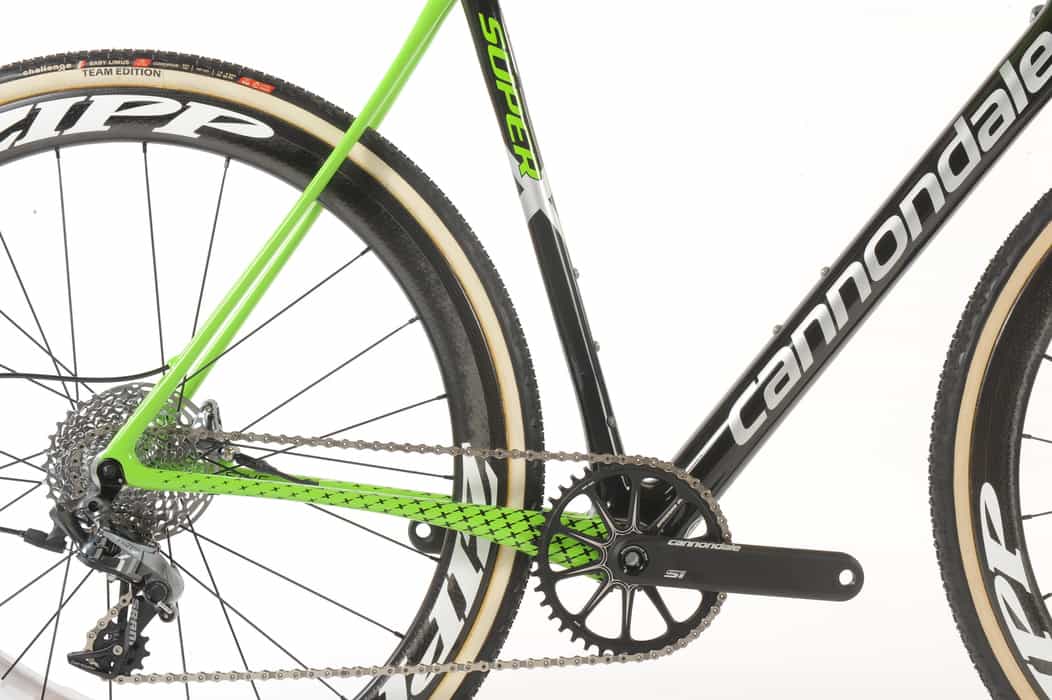 Talk about ready for face-lift, Cannondale’s current, and, long-serving SuperX cyclocross bike has been on active duty for the better part of five years now. In fact, in our last review of the bike (RBA, April ’16) we couldn’t help but point out the obvious, “While the SuperX was one of the more exciting cyclocross bikes when it hit the market, some feel the bike is now looking a bit dog-eared.” 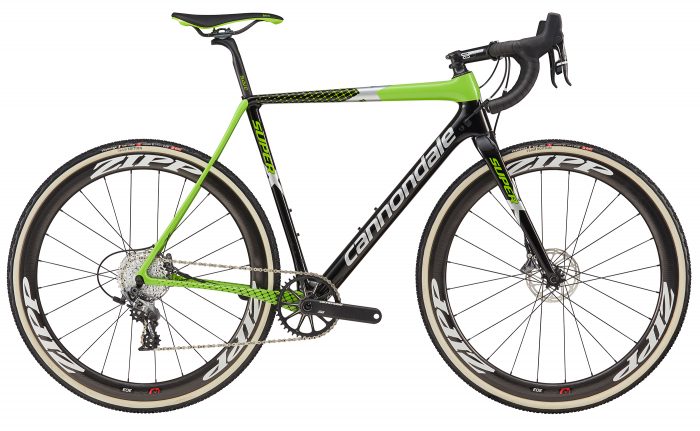 For 2017 Cannondale will introduce four new models of the carbon SuperX  starting at around $2800 and headed north to the $8000 Team edition (above). (In addition to the carbon bikes, Cannondale is also rolling out a new line of aluminum CAADX ‘cross bikes as well.) Yes, you read that right, eight large with not a hint of a battery operated drivetrain! What’s doing the job of sucking up the ducats are the Zipp 303 carbon tubular wheels to duplicate the “Team Issue” moniker.

The Timeline:
1997: Cannondale introduces their first cyclocross bike.
2002: The XS800 with front suspension and disc brakes is introduced.
2010: The first generation of the SuperX is rolled-out. The frame  weighs 1400 grams.
2012: The second generation of the SuperX arrives – disc brakes return.
2017: Welcome to the 2017 SuperX with a claimed frame weight of 1000 grams with a 390 gram fork.

The new model SuperX began it’s R&D life back in November of 2014 with a batch of aluminum “geometry mules” delivered to Tim Johnson at the Providence cyclocross race. According to Cannondale’s James Lalonde, the two most important features of the new bike were its improved stability and traction. The former was achieved with new frame geometry that uses a longer front-center or, “Out Front” geometry via added fork offset (50mm vs 45mm) and a 71 degree head angle on all frame sizes. The new bikes also have a 20mm increase in stack and 7mm increase in reach. The stand-over height is now lower and between old and new (on a 54cm frame) is a 52mm vs 50mm.

Without a doubt, one of the most impressive frame features is the amount of front and (especially) rear wheel clearance. Despite the SuperX being born and bred as a cyclocross race bike, this is the singlemost imperative feature that would qualify the bike as “gravel capable.” Impressively, the rear wheel clearance is there despite the bike now having shorter chainstays (422mm vs 430mm). Helping make that happen is Cannondale’s AI (asymmetrical integration) frame design which requires with extra dish in the rear wheel (in order to run accessory wheels they would need to be re-dished to Cannondale’s own specs. That is definitely an added hassle (welcome to the modern world of integrated design!)

Although factory rider Tim Johnson played with a Lefty suspension fork for ‘cross racing last year and believes that it can be an effective performance aid, none of the Super-X bikes will run with front suspension.

THE UNOFFICAL VERSION THAT WE REALLY LIKED BETTER 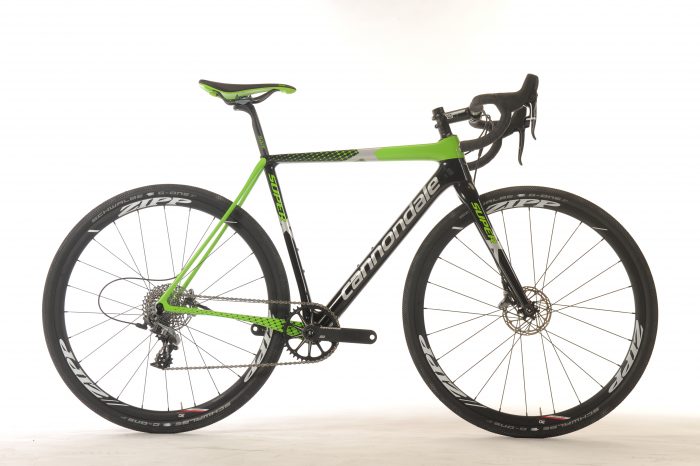 In that same April 2016 test of the previous Super X, we also added this observation, “Sure, like any ‘cross bike, especially one with disc brakes, (the SuperX) can indulge in some gravel riding, but it’s overall design falls short of contemporary gravel specs in a few key areas – minimal tire clearance, no thru-axles and gearing the leans in the tall side.”

When the bike was dropped off, James was kind enough to leave us with a spare set of clincher wheels mounted with 36mm Schwalbe One tires which was much appreciated since official ‘cross season doesn’t arrive for three more months and being able to ride the bike off-road is all that’s left to do – fire roads here we come!

While the gearing is still on the tall side, the new SuperX nails the improvements we were hoping to see for a bike that could capably straddle the dual purpose line of on/off road practicality. With the bulbous (and illegal for ‘cross racing) 36mm Schwalbe tires mounted on the Zipp clincher/tubeless wheels, this is the version of the SuperX that we wanted to see in production.

SPOT THE DIFFERNECE – CHAINSTAY COMPARO: THEN… 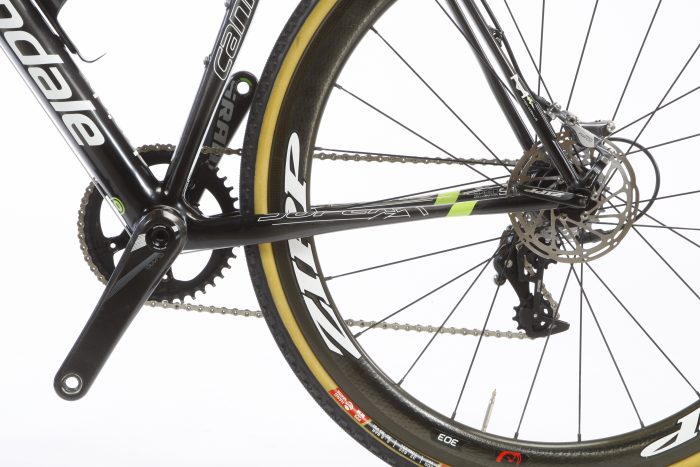 Few areas of improvement between the old & new SuperX frame are as apparent as with the reshaping of the bottom bracket and chainstays – a huge leap forward. 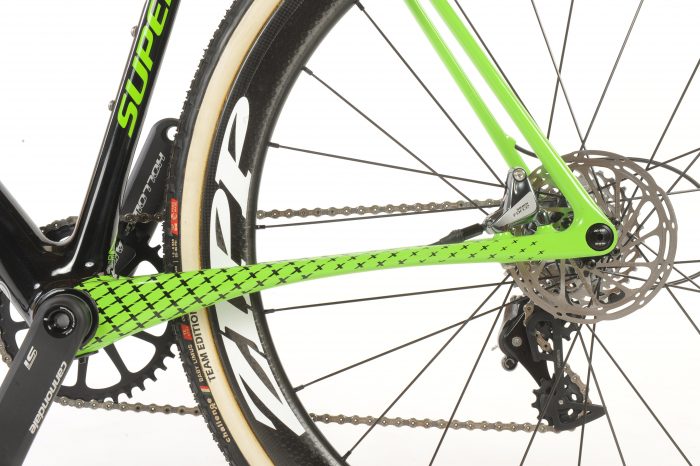 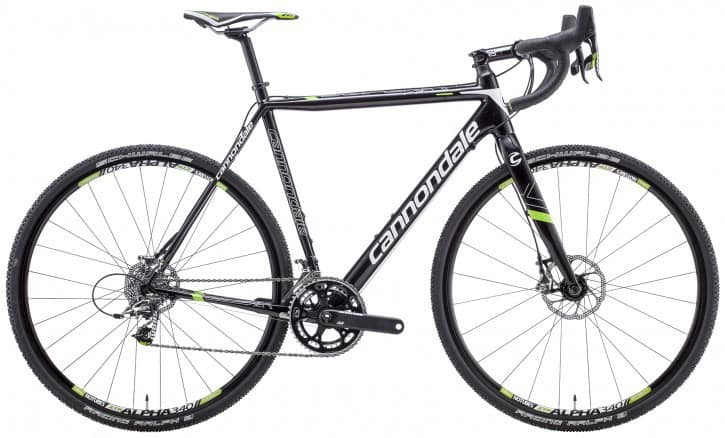 The previous SuperX looks downright spindly compared to its 2017 replacement.

Look for more on the CAADX series soon.
THE CAAD X