Ernesto Colnago re-imagines his bike that made history 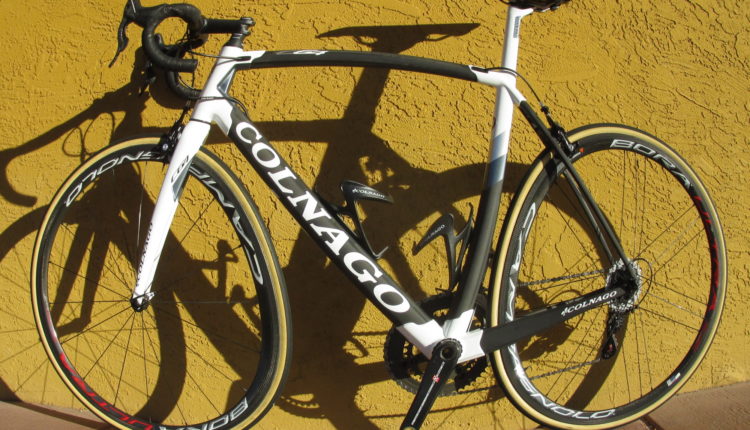 Recently a handful of journos were invited out to Tucson, Arizona for a quick intro of a new Colnago. Could it be a gravel bike? Nope. It was the latest incarnation of the vaunted C series of carbon bike that are still individually handmade in the small factory which resides in the basement of la casa Colnago in Cambiago, Italy.

THE NEW C64
No, this is not a ground-up re-design of the C60, but a revised version to pay tribute the brand’s glorious past – Ernesto’s 64 years in the business – as well as current trends like wheel clearance for bigger (albeit only 28mm) tires. Signature aspects like the star-shaped lugs accompany tips to modernity like the aero influenced seatpost from their V2r aero bike.

The fork length was increased by 5mm to accommodate larger 28mm tires, yet it still has a hollow upper structure to lower the weight while maintaining the same stiffness and performance of the C60 fork.

Colnago has long defied the industry-wide move to stocking fewer frame sizes. The C64 will be available in nine different sloping sizes with five different “high-stack” headtube lengths. (Yes, the days of riding a Colnago with a horizontal top tube are over).

We only got to ride the C64 for just over 50 miles so I won’t pretend to offer any all-encompassing critique of the ride. Yes, at just under 15 pounds and rolling on Vittoria tubulars, it was a sweet ride with all the handling traits you’d imagine a bike designed by Ernesto Colnago to exhibit, but we’re looking forward to getting test bike for our own roads before passing judgement. 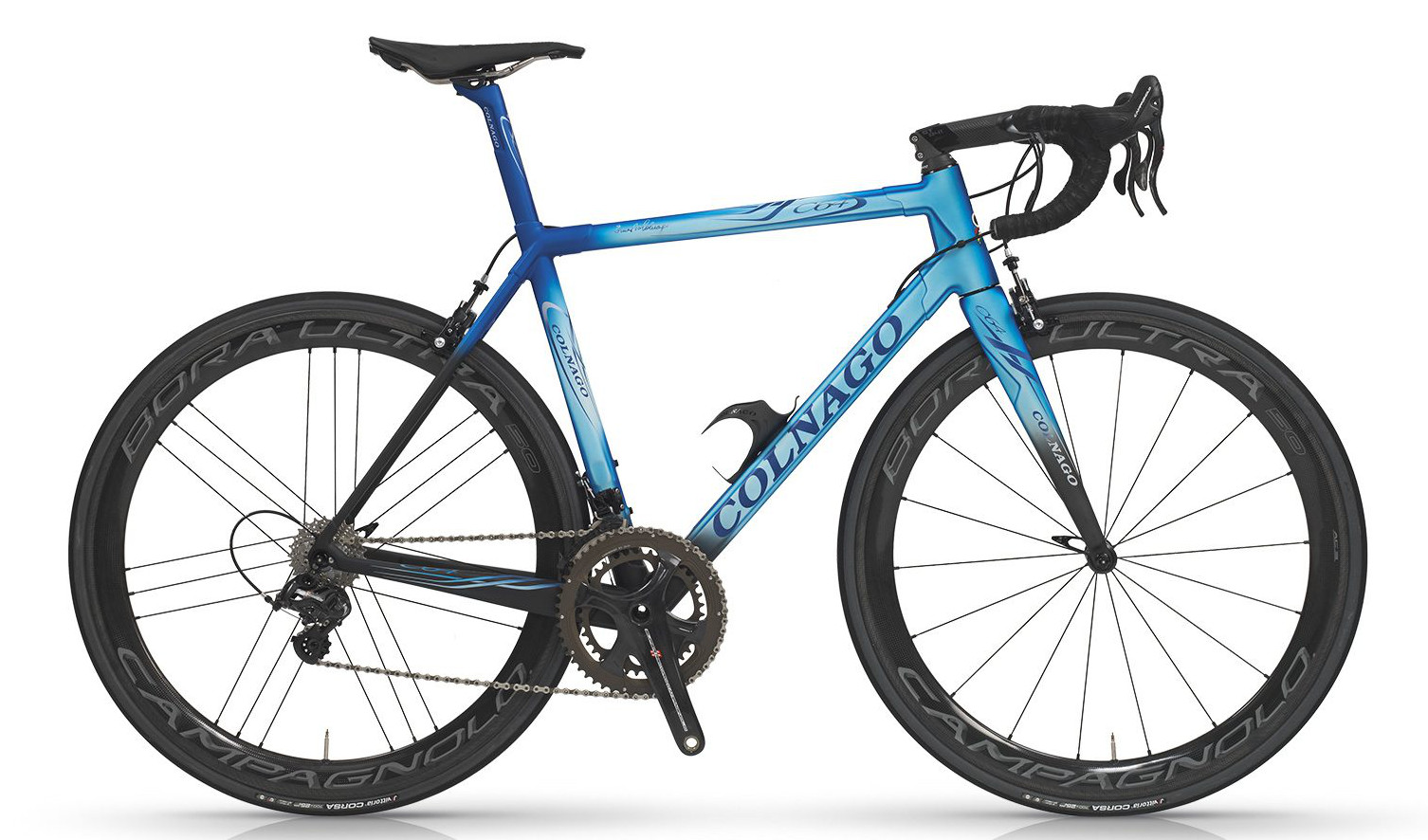 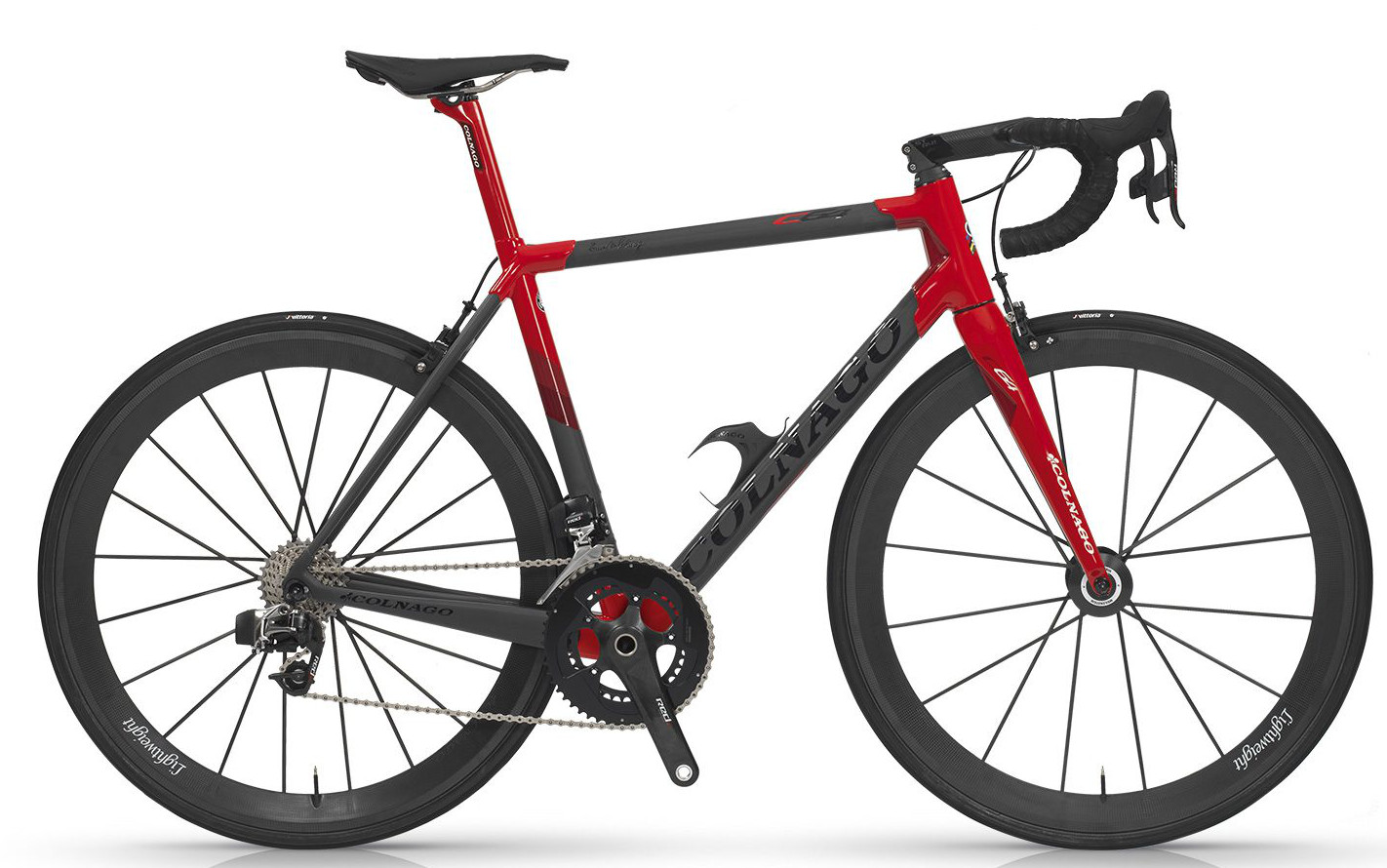 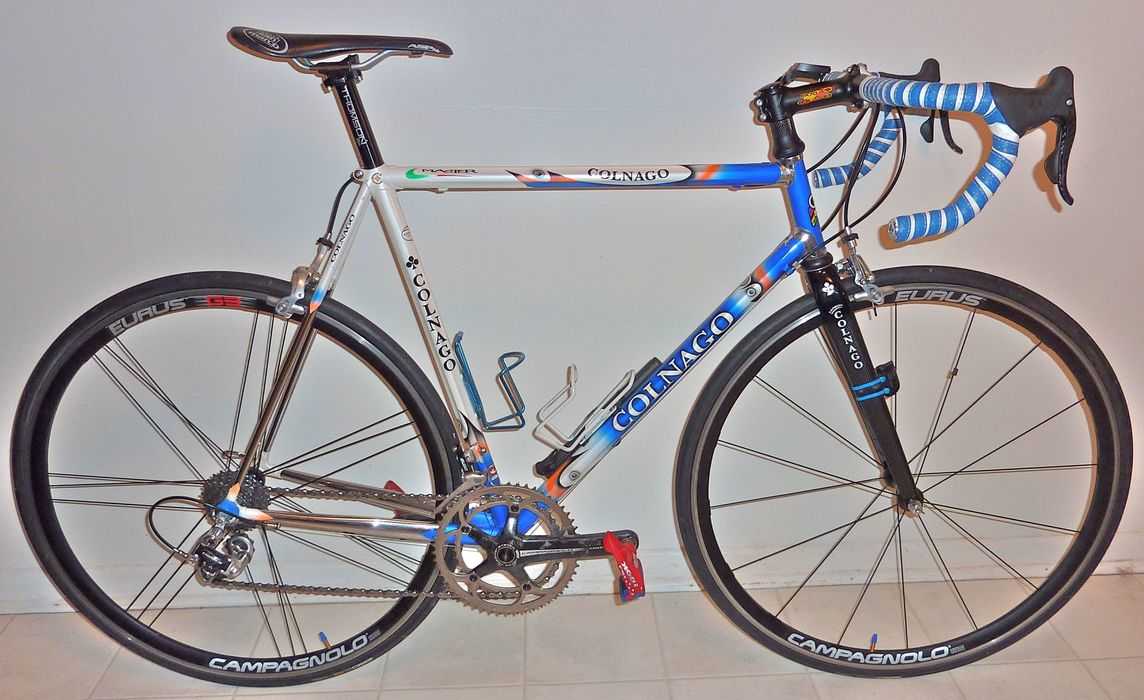