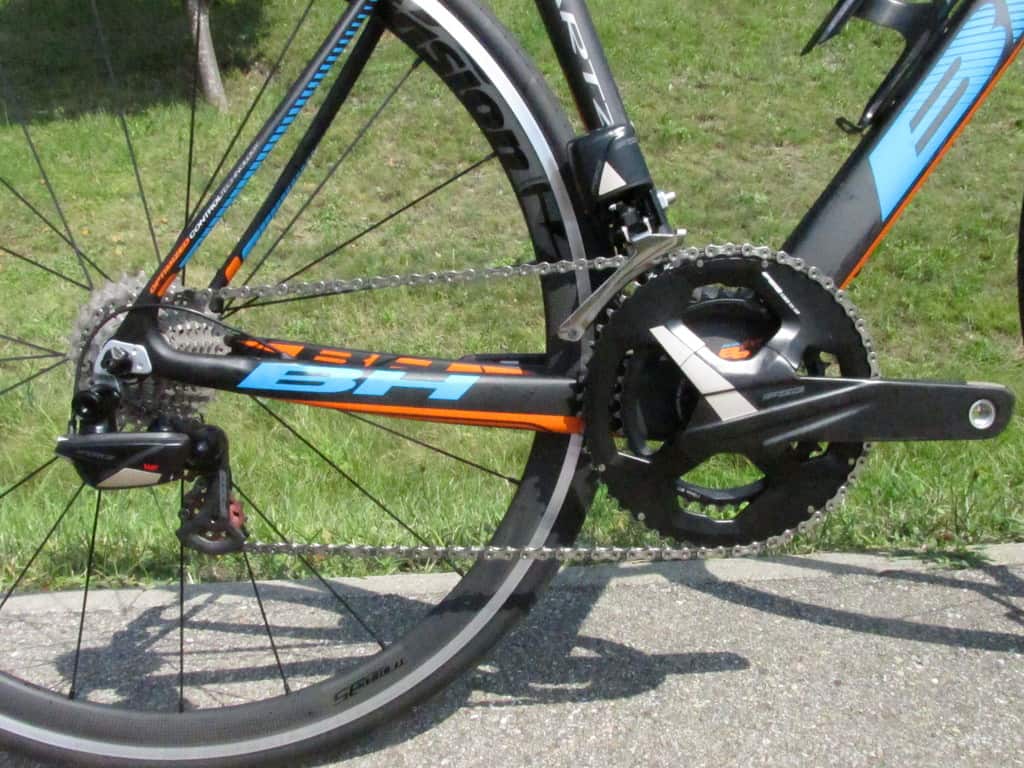 One year following what was supposed to be its original unveiling, Full Speed Ahead finally unveiled  the electronic road bike drivetrain that we all knew was coming at least since last years Eurobike show.  After five years in the making, with two actual years of road testing to “get it right,” FSA’s WE (Wireless Electronic) drivetrain met a receptive audience for its first official public viewing during set-up day at the Eurobike show.

The drivetrain uses an ANT+ protocol and although touted as a “wireless” system, the WE drivetrain can be better described specifically as a half & half system. What that refers to is that the drivetrain system is wireless from the shift/brake levers, but there is a wire connected to each derailleur from the internally mounted seatpost battery. Although the presentation was on the brief side, some of the key points made to the room  of journos was the following:

* Consumer availability is scheduled for May 2017 and no price was disclosed.

* The entire KForce WE group consists of new levers, derailleurs, cassette and brakes.

* One of the coolest features was the idea of  using two different brake lever sizes: standard and compact (the latter which is 6mm shorter). Though not talked about, we spotted two differently shaped brake hoods – apparently the final design is not set.

* The carbon KForce crank remains a hollow structure and will be available in six different lengths (160-180mm). The crank uses the BB386 bottom bracket which they helped develop.

* The front derailleur is considered the “brain: of the system. There are four different colored (Blue, green, yellow and red) lights to inform the rider on how much battery life remains. The derailleur uses a rack and pinion system for the mechanical movement and has an auto-trim feature. The system is charged through a port located in the rear derailleur.

* Coming attractions from FSA include a hydraulic disc brake, and a crank/ power meter combo.

* Three cassettes will be available: 11-25, 11-28, and 11-32. The clusters are made up of a combination of steel and titanium mix with a pair of multi-gear spiders in addition to the individual gears.

* For the 2017 racing season, team bikes from: Astana, Cofidis, Direct Energie, Dubai Skydive and the American based Jelly Belly squad. We were told that while the team training bikes will see 100% WE use,  they will be worked into the race bikes.

For more info: Full Speed Ahead