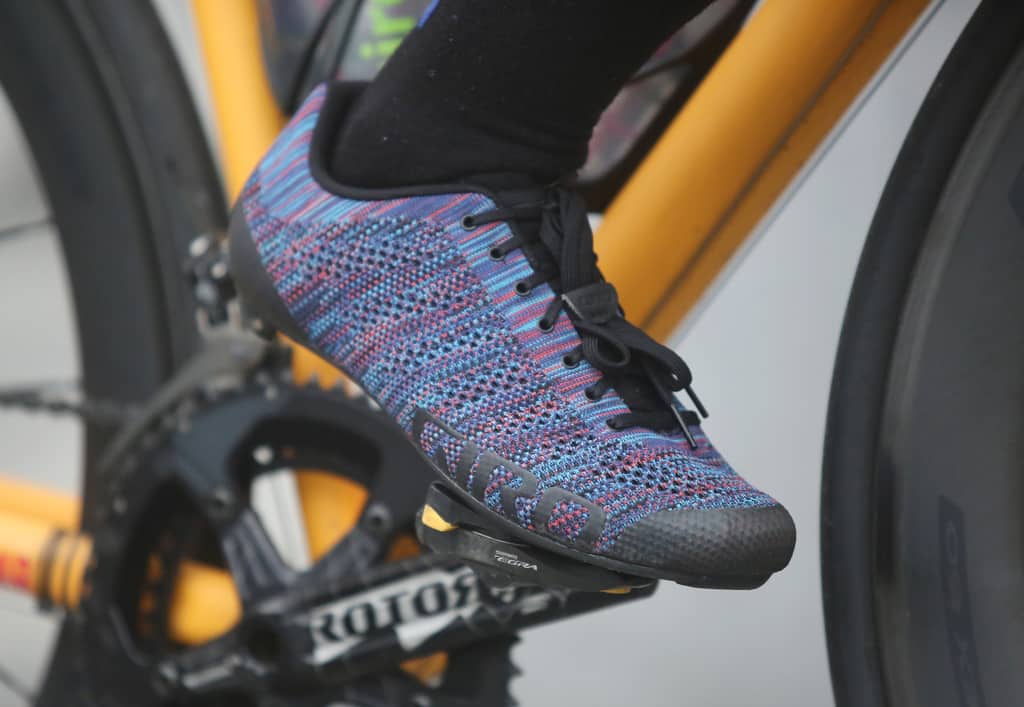 Just days before the bike industry gathers in Friedrickshafen, Germany for the annual Eurobike trade show, a handful of journos were invited to the SeeHotel just down the coast (along Lake Constance) to have a first-hand look at some new products from Giro, which addition to an all new aero road helmet (the Vanquish), included a radical reinterpretation of the their lace-up Empire cycling shoe. No leather, no fake leather, no plastic…just all knit material that creates a cycling shoe unlike any other. No shoes were available to ride, so it was all look and feel only. Here are the details provided by Giro…..

“We have a tradition of leading the cycling industry through innovation and choice,” said Simon Fisher, Giro Footwear Product Manager. “From flipping the script with laces on the Empire to smashing the 150g weight barrier with the Prolight Techlace, we are known for staying one step ahead of the rest in cycling footwear. Xnetic Knit allows us to continue this tradition and deliver a unique blend of comfort, performance, and style for the kind of rider who charts their own course.”

Giro developed Xnetic Knit technology for the specific needs of performance cycling. A TPU skeletal system provides support where riders need it, while the knit offers suppleness for superior sock-like comfort. DWR-treated for water repellency, the porous knit material makes the entire upper breathable, delivering a shoe that has superior ventilation and drying time yet cleans up easily after grimy rides.

·  Empire VR70 Knit: A bonded TPU exoskeletal system provides support for the Xnetic™ Knit upper, which is DWR-treated for water repellency and easy cleaning, while a rubber toe guard and bonded TPU heel increase durability and abrasion resistance. A closed stretch-knit ankle cuff provides superior comfort, additional support and protection from skree out on the trail. A stout Easton® EC70 carbon fiber sole that offers pro-level stiffness and is paired with a tough, molded Vibram rubber outsole that provides protection and grip for off the bike. 380g size 42.5 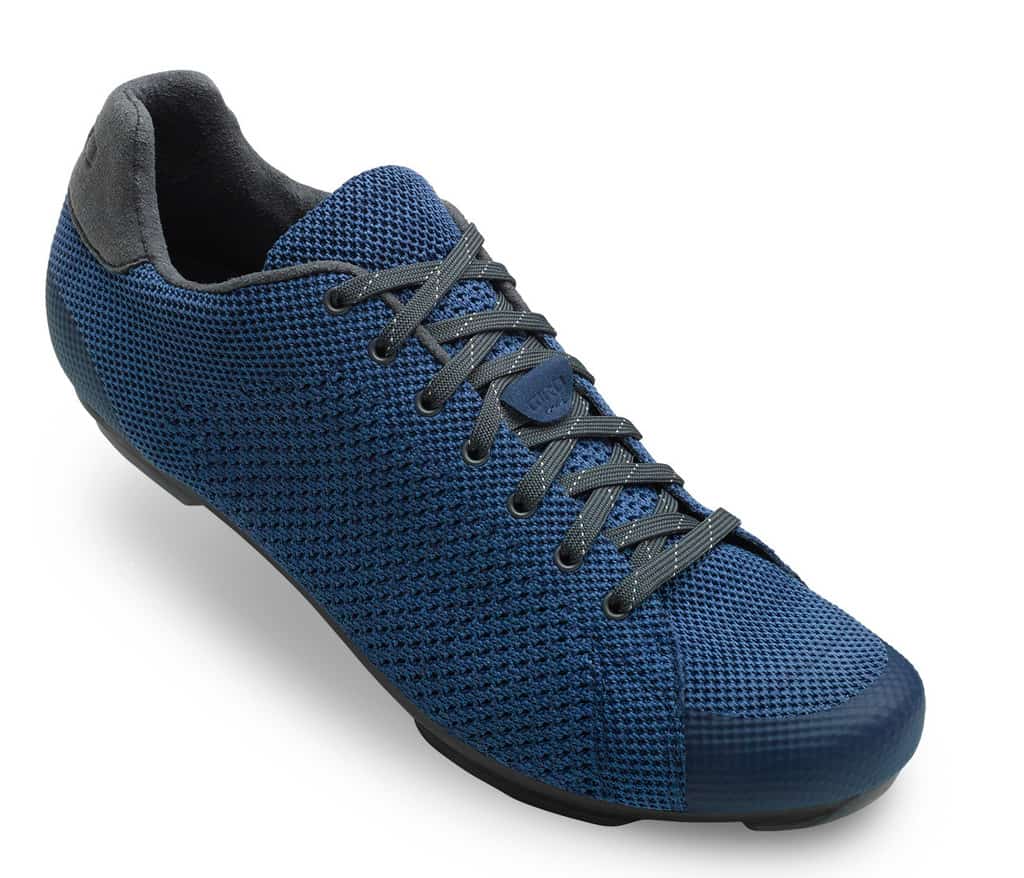 ·  Republic R Knit: The Giro Republic has been a favorite choice for commuters and touring riders alike, and the Republic R Knit provides another option for those unwilling to sacrifice style on their adventures. Featuring an engineered Xnetic™ Knit upper, reflective Empire laces, and a co-molded rubber-and-nylon outsole with a mid-foot scuff guard and 2-bolt cleat mount. 310g size 42.5.