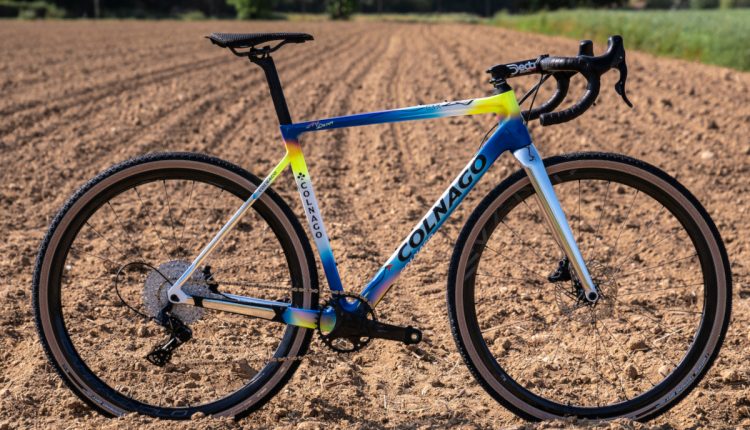 Funny thing about the 2022 running of Unbound Gravel, but it has quickly turned into a three-way Italian battle for gravel supremacy as the country’s three best known bike brands: Bianchi, Pinarello and Colnago are fueling up for a battle on the flint rock roads of Emporia, Kansas.

Of all the bikes we’ve seen so far, none of have caught the eye as much as this stunning bike from Colnago that will be ridden by yet another former WorldTour pro rider, Nathan Haas. 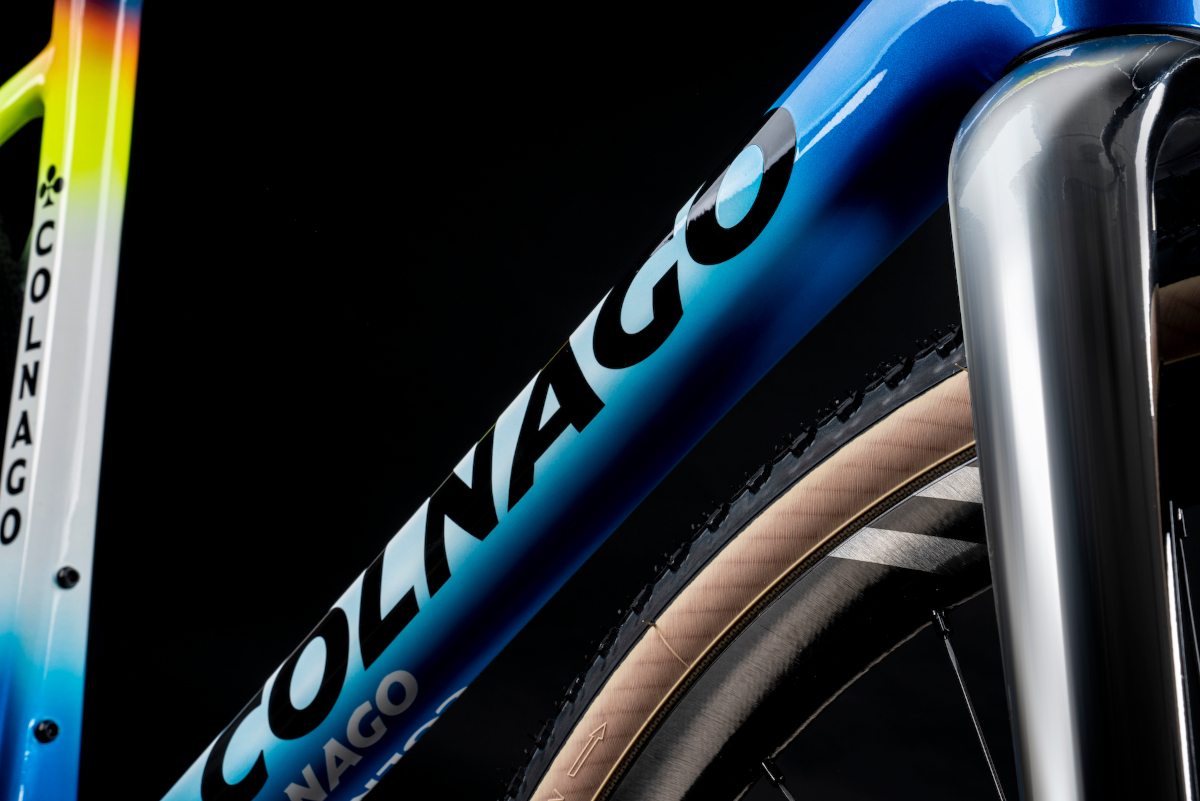 For the Australian cyclist, a bike with a special livery inspired by the Colnago retro style. The colors reflect those of the flag of Kansas, the US state that hosts the race. Here, the cult of vintage and personalization reaches its maximum level. 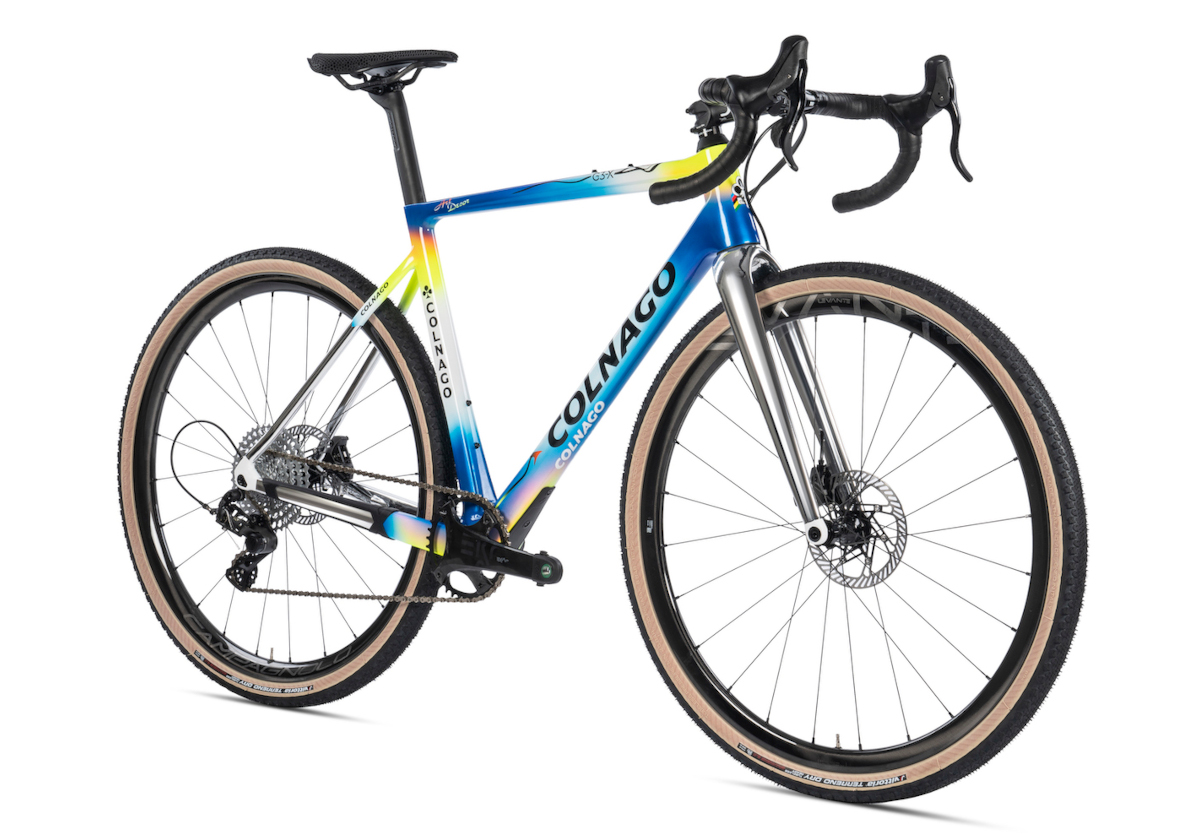 The history of Colnago has passed through some epochal moments: the beginnings in 1954, the collaborations with the cycling champions of the ‘60s and ‘70s, the steel masterpieces such as Master and Arabesque, the fork with straight sheaths, the invention of carbon road bikes and then the decorated paints of the early 2000s, real works of art, still unique and unmatched today.

From this was born the latest G3-X developed by Colnago for the gravel racer Nathan Haas, retracing our history. It’s the second design in a series of five G3-X bikes that are being revealed in 2022, and which are not intended for sale. A unique bike, painted Art Decor for the UNBOUND Gravel, an event that includes gravel races over various distances and held annually during late spring in the Flint Hills (Great Plains) region around Emporia, Kansas, in the United States.

Nathan’s G3-X, on which the drawing of the iconic Colnago cyclist stands out, portrayed from behind on the top tube, is also a tribute to this land, Kansas and to the colors of its flag. On the frame is the phrase “ad astra per aspera”, the motto of Kansas in Latin, which literally means “through the roughness to the stars”, perfectly embodying the spirit of the pioneers and their dream of realizing the impossible. 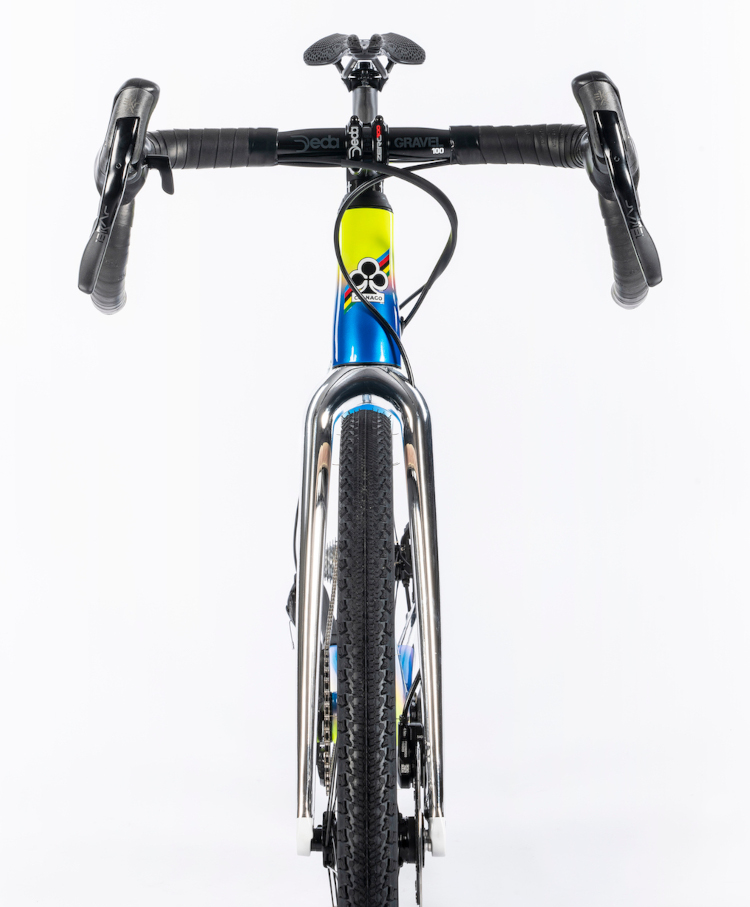 Nathan’s look is curated by designer Richard Pierce who, in collaboration with Colnago and Castelli, also led to the creation of a special kit inspired by the special cycling trends of the 2000s. Choosing, mixing freely and re-proposing something from the past combined with the modern: this is how Colnago decided to celebrate the cult of vintage in the era of personalization, always in the name of its own, unique style.

This is the specific model for gravel use. From the experience gained in the world of cyclocross, Colnago has developed a bike dedicated to the increasingly popular discipline. Compared to Prestige, one of the most successful frames in cyclocross history, designed to pedal as fast as possible for an hour on a technical off-road circuit, the G3-X overcomes the circuits’ barriers. For this reason it has an optimized geometry to accommodate wider tires, with steering angle and overall length designed to offer greater stability and comfort at high speeds. Up to four bottle cages can be fitted to the G3-X, along with luggage if needed, for longer rides. G3-X is offered in five sizes, all sloping.

WHO IS NATHAN HAAS?

Born in Brisbane on March 12, 1989, Haas made his international mountain biking debut representing Australia twice in the UCI World Championships. In 2011, when he moved to the road, he won the final classification of the Herald Sun Tour, a short stage race in Australia, and the Japan Cup. On his debut among professionals, in 2012, he immediately won the general classification of the Tour of Britain. In 2014 he won the Japan Cup again. In 2016 he won the ranking of best climber at the Tour de Yorkshire. Among other important placings are fourth at the 2017 Amstel Gold Race and 18th at the 2018 Milan-Sanremo. 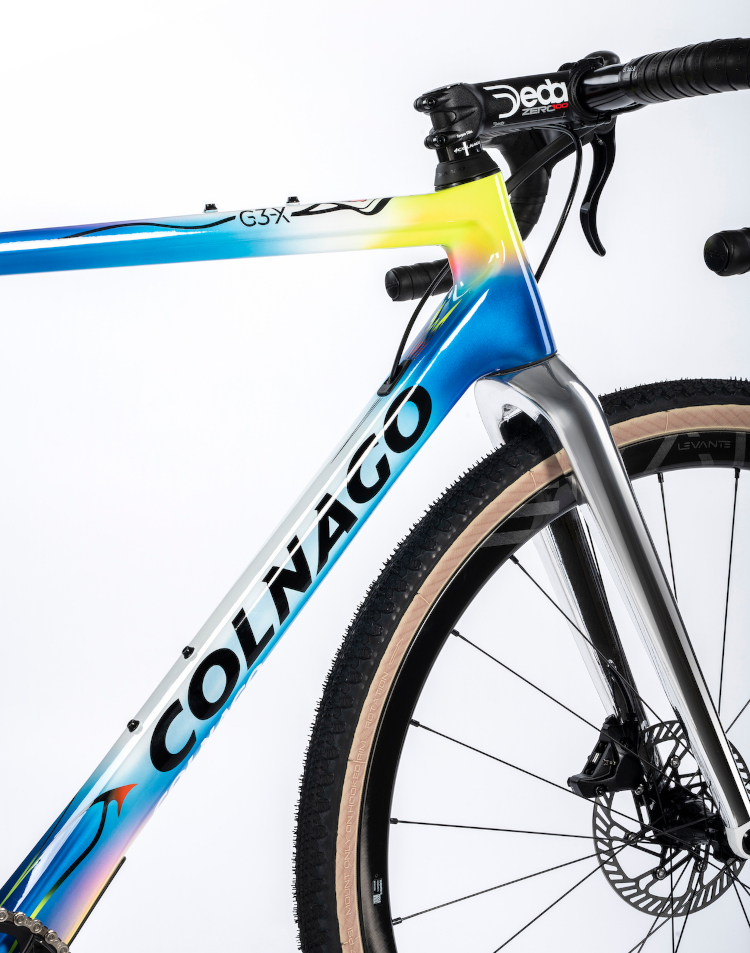 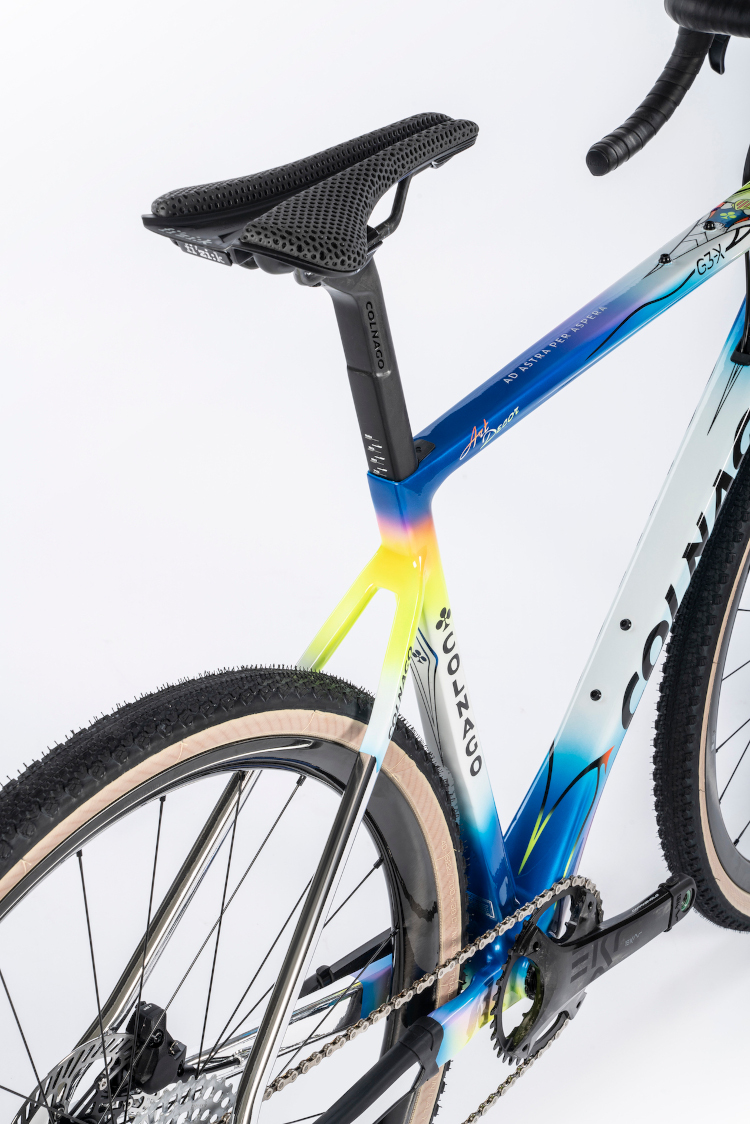