Coming to America in late summer. 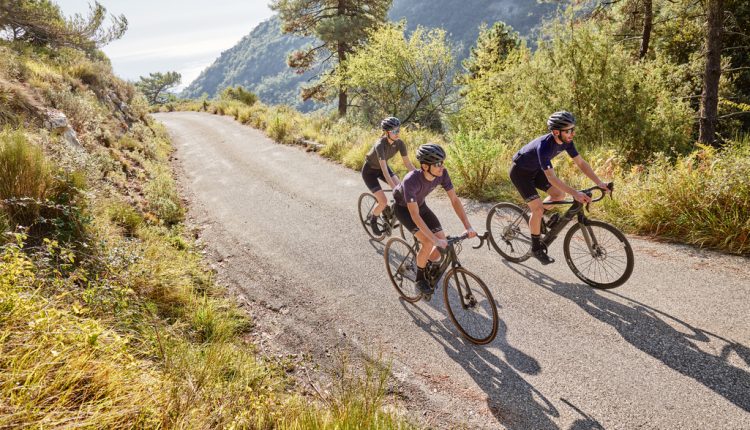 Press release: All-new Endurace CF and AL models just launched and will arrive in the United States, later this coming summer. The Endurace has long combined the acclaimed handling and performance of the German brand’s benchmark race models, combined with an endurance-optimized fit that made that performance more accessible to more people. The concept of more-give-but-still-plenty-of-go was a hit, the Endurace took its riders fast, far, and in supreme comfort.

Now, the all-new Endurace CF and updated Endurace AL are writing the next chapter in the Endurace story. Both platforms underline Canyon’s commitment to democratize performance, taking the class-leading attributes of the Endurace CF SLX, adding updated features that meet the demands of the modern rider, and making the whole package more accessible than ever.

How do the new models get it done?

Firstly, the Endurace CF and AL have the same Sport Geometry concept used by the flagship Endurace CF SLX – with a more relaxed riding position reducing the load on the rider’s back, shoulders, arms and hands, allowing them to maximize their performance out on the road by staying fresher for longer. All-road capability gets a boost, courtesy of generous 35-mm tire clearance (a 2-mm increase in clearance over prior models). The new Endurace models also feature eyelets for mounting a bolt-on top-tube pack, giving riders clean, strapless, secure top-tube storage at their fingertips. Finally, the Endurace brings performance to a huge spectrum of riders – with 8 distinct frame sizes covering everyone from 150 cm to well over 200 cm.

The two-bike Endurace AL range starts with the Shimano Tiagra-equipped €1,399 Endurace 6, with the Endurace 7 coming in at €1,699. There will be four Endurace CF models, starting at €1,999 for the entry-level Endurace CF 7.

U.S. pricing will be announced once bikes become available in the United States, starting in the late Summer of 2022.

For more info head to canyon.com