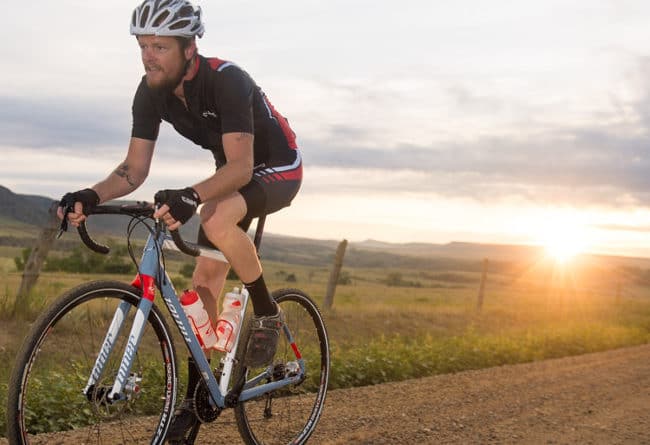 Just as occurs in the immediate run-up to the world’s two biggest bike shows, Eurobike in Germany and Interbike in Las Vegas, the industry airwaves are filled talk, talk, talk about the release of new bikes and products. Just yesterday three-time Tour de France champ Greg LeMond announced the revival of LeMond Cycles. And now, it’s the big news that the renowned dirt bike brand Niner has entered the drop bar fray with a not so “skinny tire” bike of their own.

Funny thing, but three years ago at the airport in Zurich as a bunch of us waited for our rental cars to whisk us up to the Eurobike show, I ran into Niner President Chris Sugai and asked him if they had any interest in doing a road bike. The reply was firm, “No!” I next asked if they’d be interested in doing a project road bike with RBA given that their entire company was based on 29 inch wheels, and, since their beautifully crafted, swoopy, frames were already disc brake friendly, it would be an easy build (with some sweet Crank Brothers wheels) and potentially a new market for them. The reply, again, was “No!” 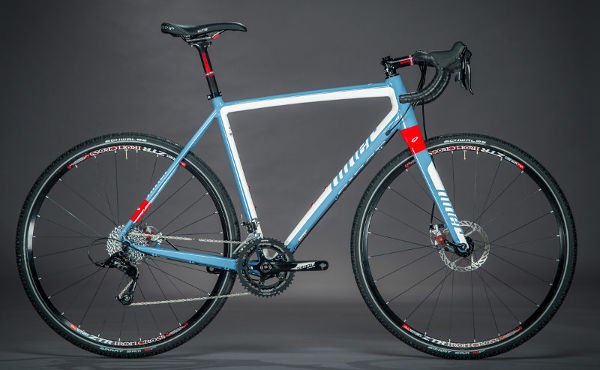 Of course, it made sense that Chris would turn me down given that A.Niner was still a young company (formed in 2005) and B. They were in the midst of a torrid scrum over the still burgeoning 29 inch wheel off-road market with every player in the industry having focused their sights on Niner. In short, Chris and his 29’er dedicated dirt bike brand were hard at it and fortunately, not without the kind of results that come from staying focused – Niner has won the prestigious Gold design award at Eurobike for the last two years – a contest made up of 500 entries with only ten awards handed out. Impressive.

So, here it is three years later and Niner is rolling out their new RLT9 (Road Less Traveled) marking their first foray into the dropped bar market which will consist of two models and a sub-1400 gram frameset – all aluminum. Welcome Niner! As most of you may know, the “Gravel Bike” segment is one that has shot to the center of many a bike industry discussion in the last two years. And no, we’re not talking about re-purposed cyclocross bikes!

To get the inside on the Niner RLT9, I gave a call to Chris to go over the bike and in doing so, found out a gem of historical info (that I’m sure will mean as much to a few of you just as it did to me – see below).

WHAT ABOUT THE BIKE? 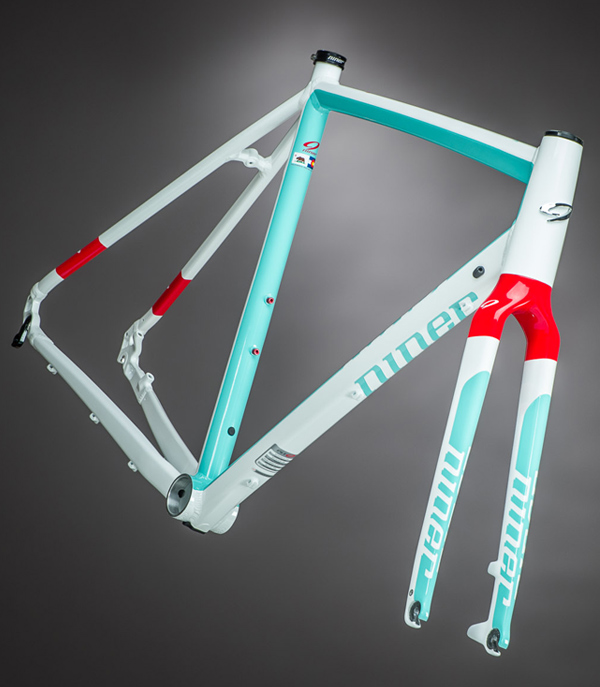 RBA: So how did you go from a “no” at the airport in Zurich to the launch of the RLT9?
Chris: I guess it was about two years ago that we first started talking about the project and the development process usually takes about 18 months from initial concept to hand held samples. This was an all new category for us, so not only was it a stretch outside our R&D realm, it was also a big cost to consider. With all the mountain bike parts we order, we can always moved them for production of one model or another. In a sense, it’s easy for us to absorb those costs, but it wasn’t that way with the road components. We knew that we’d have to order a certain amount to get the production going, but there was a gamble to it if the bikes didn’t sell well we’d have a lot of road parts sitting around.

RBA: Back then I recall you also spoke about staying true to your core competency.
Chris: Absolutely. I mean I started Niner as a mountain bike company and I thought, in fact I still do, that we can’t afford to lose focus on what we do best. I know it works for some companies, but we’re a small group (36 employees) and for me, in order to stay up with our competitors – and even to out-perform them – we need to stay focused. To me it’s like Bose speakers. It’s all they do and they not only do it well, but they’ve managed to stay relevant in the market too. 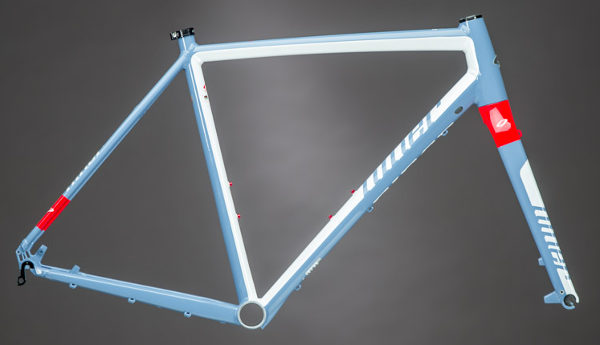 In truth, I was against the project at first.  But the reality was that half the company was commuting to work on Niners with drop bars and skinny tires. Those are the people that convinced me it would make a lot of sense. I also had road bike friends who were getting into gravel riding for the sake of it, as well as other guys who were afraid of riding on the road any more. Slowly, it all started to gel. I never had any input into the R&D at all. This was a bike that the other guys at Niner developed because they were into it, and honestly, a bike like this will only be right if it’s authentic and these guys were and I wasn’t.

RBA: Any chance Niner would do a traditional road bike?
Chris: I’ve learned from this bike to never to say never.

RBA: Okay, so about your own history… as a motorcycle guy who grew up racing dirt bikes back in the 70’s in the day of the two-stroke motor, I had a personal relationship with a product called the Ratio Rite (a plastic measuring cup that allowed you to measure the proper ratio of oil to mix in with our gas) and just the other day I heard that your dad invented the Ratio Rite. True?
Chris: Yeah, that’s true. In fact, my mom now runs the company. She’s in her 80’s and takes the orders at home and then gets them shipped out. My sister and I grew up stapling on the yellow labels at our kitchen table. We did thousands of them and the money I made doing that is what I used to buy my bicycles. 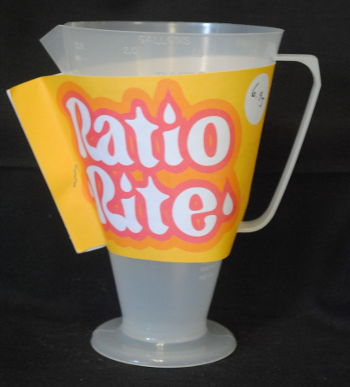 You know, it’s funny that you’re asking about that because I was thinking about my dad and the Ratio Rite while I was walking in the aisles of Eurobike a few weeks ago. I mean, here all these bikes that are changing every 12 months to meet the market demand and here’s the Ratio Rite that hasn’t changed in about 40 years and its still doing the job it was designed to do.

WHAT MORE DOES NINER SAY ABOUT THE BIKE?
“The RLT9 is the first Niner designed for both 29 and 700C wheels. Run narrower wheels and tires for brief journeys away from the beaten path, try something bigger for places where terrain is uncertain but adventure is guaranteed. Features include:

Hydroformed Tubing and Construction Details:  Designed with a tube set similar to the proven AIR 9, the RLT 9’s tube shapes are shaped to meet Niner’s ride quality standards. Even riders who prefer the company of saguaros to the cacophony of crowds appreciate comfort and low weight. Proprietary forged dropouts are designed to reduce weight and integrate the low-profile post brake mount with the chainstay.

Niner Carbon Fork: Niner makes the best off road rigid forks in the world and now we bring this experience to dirt roads everywhere. The RLT 9 frameset continues our award winning ways with a full carbon, gravel-tuned and custom painted Niner Carbon Fork.

Internal Cable Routing: Full cable housing keeps the grit out of your shifting system in the nastiest conditions. Cables enter the down tube behind the head tube and exit below the BB for easy set up and low maintenance, and when you’re ready, we’ve integrated Di2 compatibility
with a seatpost wiring port.

BioCentric 30: The standard PF30 bottom bracket shell offers both geared and singlespeed compatibility using the new BioCentric 30. Sometimes simplicity is the key to a triumphant journey, sometimes you need a bit of help from your (granny gear) friends.

Fire Road Geometry: Slightly longer CS, lower BB, Slacker HT angle are ideal for a stable ride on the rockiest of roads and still capable of winning a proper cross or 2 for the privateer.
Frame Sizes ? 47, 50, 53, 56, 59. 62cm

Additional:  The RLT9 accepts up to 45mm tires – we’ve put 1.75″ Schwalbe tires on it and a 27.2mm seatpost reduces road vibrations on gravel or chip seal roads and reduces body fatigue on all-day rides. When paired with the RDO Seatpost (designed for twice the flex of traditional carbon posts), fatigue is reduced even further.”

The Niner is available in five sizes and the frame uses “fire road geometry” which Niner describes as “slightly longer chainstays, a lower bottom bracket and a slacker head tube angle.” Best of all, the RLT9 runs with an updated version of Niner’s own beautiful carbon fork.

OTHER BIKES IN THE NINER LINE 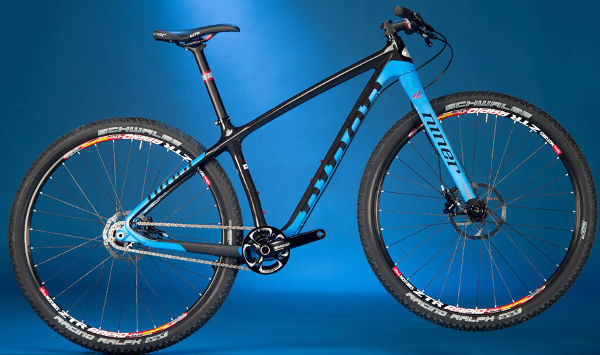 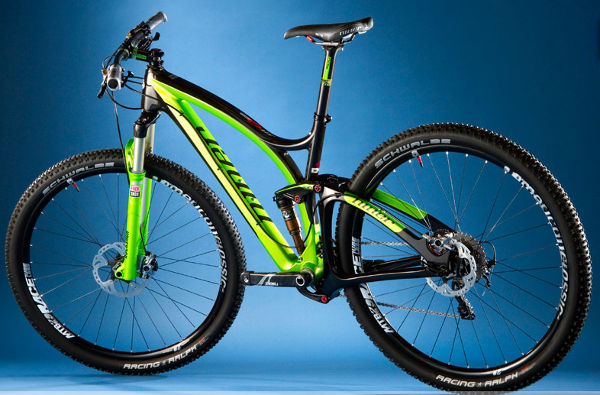