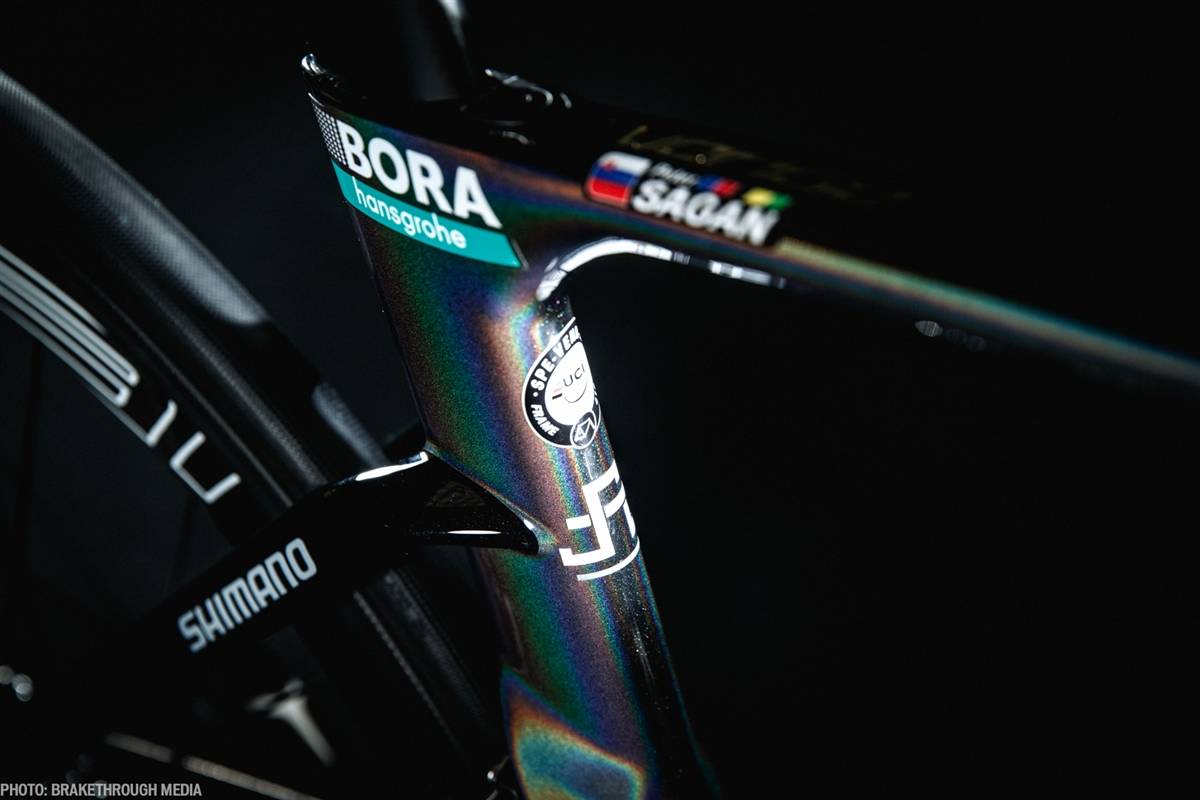 With the calendar year finally releasing athletes and teams from contractual restrictions, images of new kits and bikes have begun to flow with Peter Sagan’s Specialized S-Works Venge being the first out of the blocks. Over the course of his tenure aboard Specialized bikes (previously with Saxo-Tinkoff), Peter has (deservedly) always enjoyed special paint schemes to set himself apart from his teammates.

Owing to the system design of the Venge, Peter’s 2017 bikes is mostly a Specialized affair with all the necessary (and dedicated) hard parts joining a Roval wheelset and electronic Shimano Dura-Ace Di2 drivetrain. The following is from a team release

Shortly after winning his second Worlds title, Peter Sagan is almost ready to jump aboard his S-Works representing the World Champion’s colors. It was not until the first training camps with his new Bora–hansgrohe team that the Slovakian received his newly painted S-Works Venge for the 2017 season. 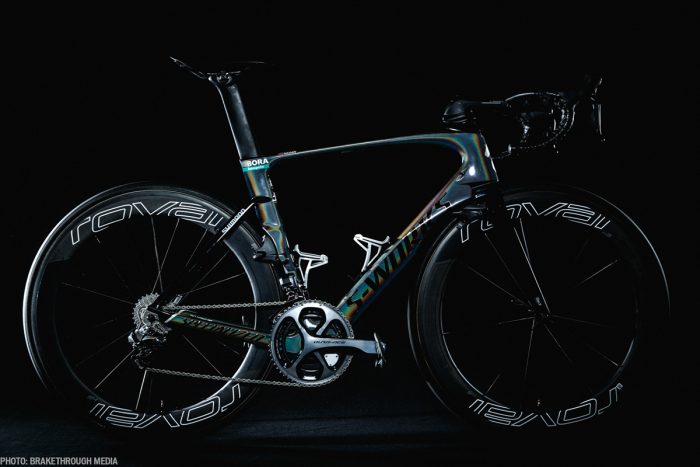 A first sample has been shown him in November and, after having made a few minor adjustments based on Sagan’s requirements, his 2017 season’s ally took shape.

“Once again, Specialized shows you can combine great looks and performance. The fastest bike in the peloton now has dazzling colors. I look forward to riding it in the new season with BORA-hansgrohe,” declared Peter Sagan.

“I wanted to create a more mature looking bike to match Sagan’s growth as an athlete and double world champion,” said Ron Jones, lead road designer at Specialized. “I did some research on some new prismatic paints and found a product that did exactly what I was looking for. I wanted to have a ton of depth to the paint, with obvious references to the rainbow jersey but without explicitly adding stripes or patterns.” The rainbow is reflected on the whole frame in a non-static way.

Team BMC Heads Down Under