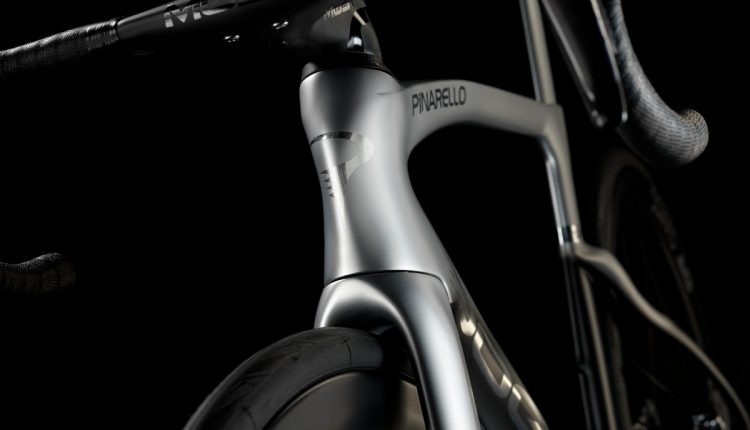 Pinarello is, by far the winningest of Gran Tour race brands. Since the first GT victory in 1975, Pinarello has embodied the art of building the highest performing bikes for all terrains. Pro riders are given the ability to connect with the bike like no other. Hours and hours every day on the same bike have raised their level of discernment to the highest. Changing bikes between an aero and a climbing bike for example can have negative consequences for their cohesiveness with the ride and muscles. PinaLab has always been focused on one mission: create a single bike to handle all conditions. The best combination of aerodynamics and lightweight efficiencies from the PinaLab is now named: the Dogma F. 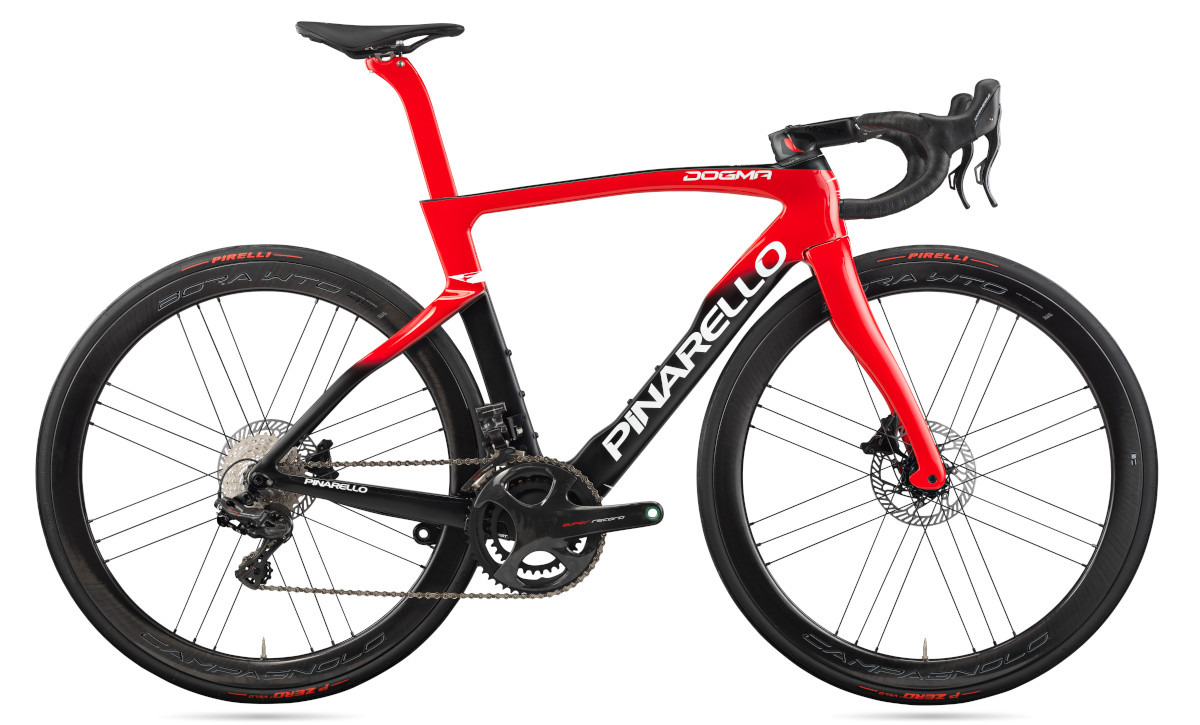 Yes, the complete DOGMA F Disc frame kit is 11% lighter than the F12, but that is a result of our R&D team’s commitment to innovation and new production methods such as 3D-printed titanium componentry. Close attention has been paid to the seat post, headset, fork, and the Talon cockpit, resulting in a saving of 265 grams compared to the DOGMA F12, while also being 12% stiffer around the bottom bracket, with improved aerodynamics providing significant watt savings. Further evidence of that devotion to performance can be seen in the updated ONDA fork, which we designed from scratch twice so that both our rim brake and disc brake models could be as fast as possible.

We did this because we believe that every cyclist should have the right to choose which brakes to use. The DOGMA F was developed with the same respect and attention to detail, regardless of whether it’s rim or disc, and that meant making two completely different forks for two completely different braking systems. The result is a PINARELLO that’s more aero than ever. Drag is practically non-existent until the air has travelled halfway along the frame. And thanks to innovation derived directly from the Bolide, the blades of the new ONDA fork actually act as sails that favour forward movement in crosswind conditions – an effect that is amplified as the wind gets stronger. Every detail of the DOGMA F has been refined for improved airflow, from the improved front fork section that cuts through the air to the new rear triangle that channels airflow harmoniously out the back, making it 4.8% more aerodynamic in the disc version compared to the DOGMA F12. 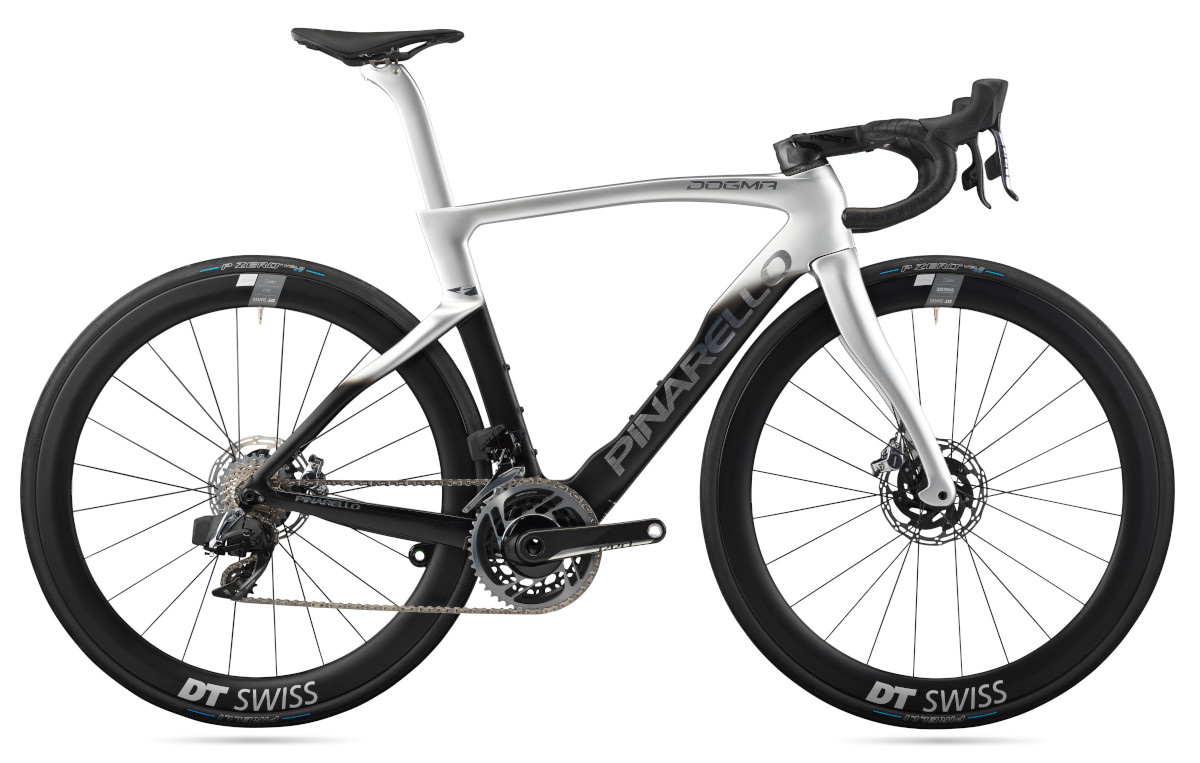 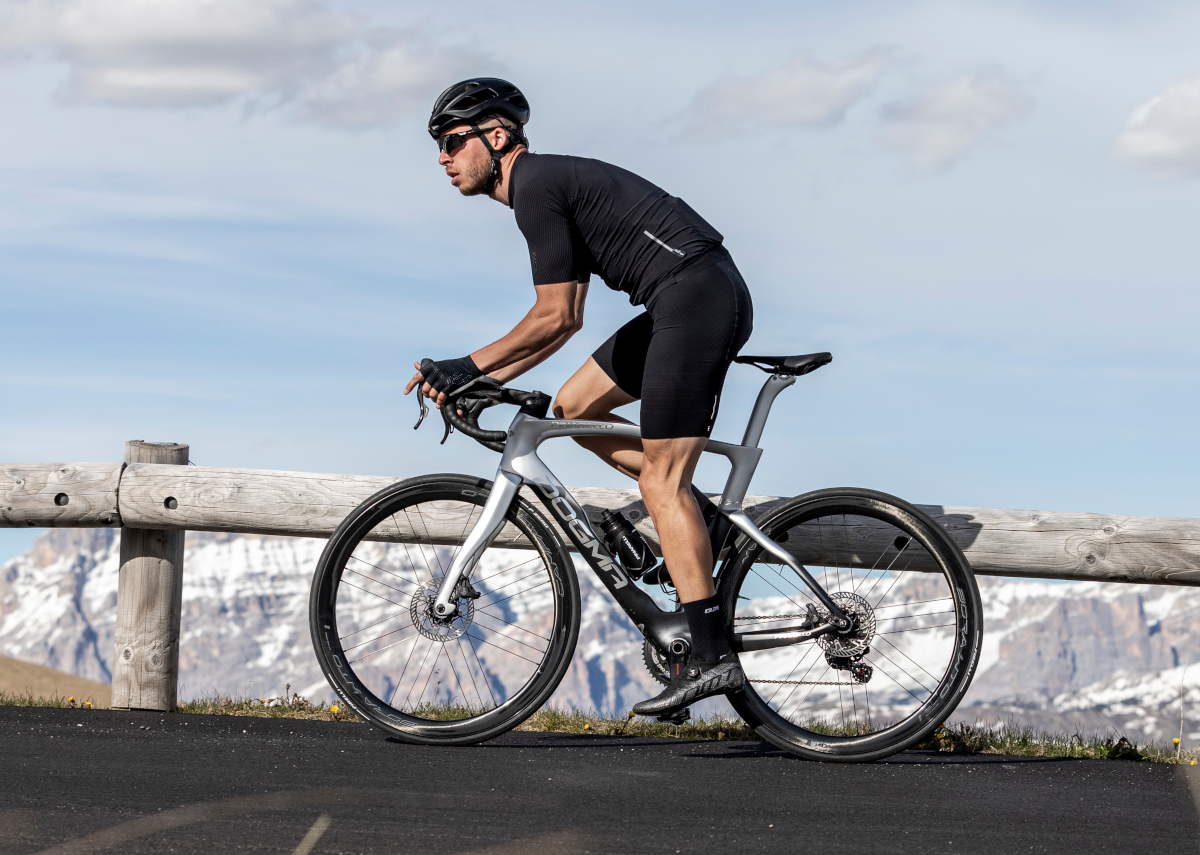 We build dream bikes. Pinarello has always offered a wide range of sizes, to better meet the needs of our customers. bigger sizes are offered to better meet the needs of heavier stress and power. On the other end, smaller sizes with a material reduction to yield a lighter solution. Dogma F rim and disc brakes share the same size chart and geometry, which is typically offered from Pinarello. This is our unique trademark of handling and responsiveness. Due to the integrated headset top cap, reach and stack are calculated on top of the 9mm headset cap. 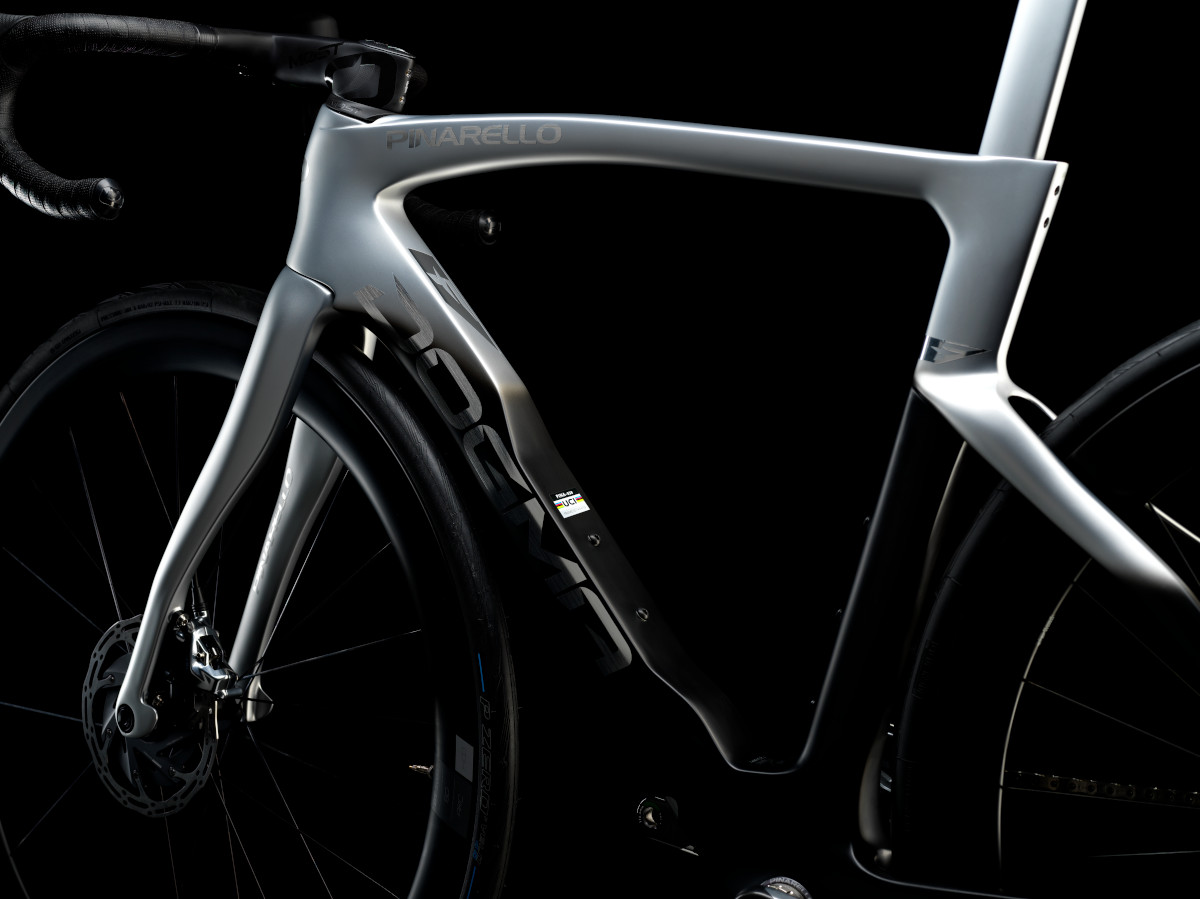