First Look: Pinarello Paris – So Much Italian Style For So Little Spend

The trickle-down from Treviso arrives for the entry-level rider 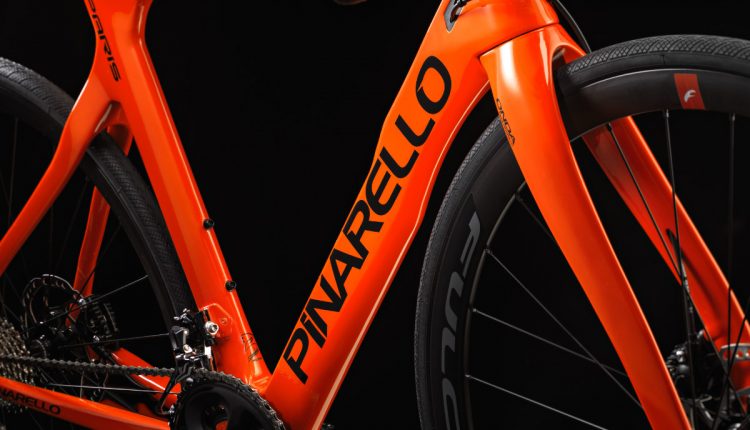 Even if you weren’t a regular cyclist you’d be hard-pressed to not be familiar with the Pinarello bike brand as it has captured more Tour de France victories than any other modern bike brand. Founded in Treviso, Italy in 1952, Pinarello has cut a wide swathe through the sport’s history by producing not only the winningest bikes, but also some of the most stylish. And it’s in that vein that Pinarelllo is rolling out their new low-priced Paris.

We just got our test bike that rolled on 28mm Vittoria Zaffiro tire mounted on Fulcrum wheels it hit the scales at 19.15 pounds with a 100.5cm wheelbase.  The Paris bikes are disc-specific  and run on a Shimano 105 drivetrain.  Best of all, the entry-Level Paris will sell for $2950. Look for a first ride report soon.

“The basis behind the Pinarello Paris project is the will to create a versatile and comfortable
bike, that still maintains the famous Pinarello ride feeling. We have achieved this goal partly with an experienced choice of the tubes’ sections and profiles. And partly by introducing a new set of bike geometries, that ensure a comfortable and rational distribution of reach and stack values, between smaller and bigger sizes.”