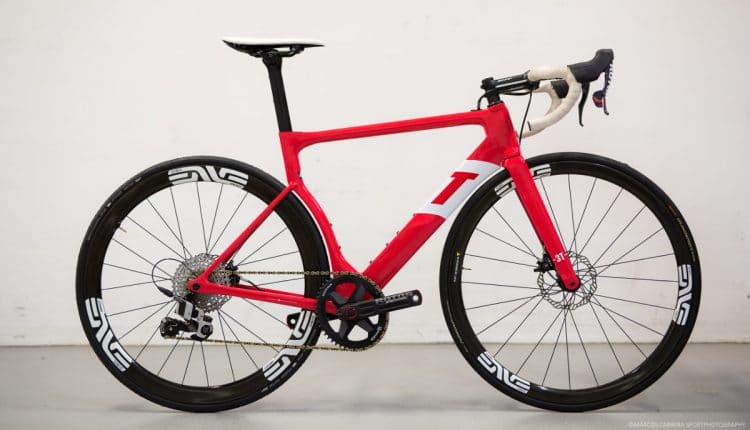 What was it, like three years ago at the EuroBike show when we were invited upstairs at the Rotor booth to try out their freshly developed UNO hydraulic drivetrain. So new was it that the levers, shifters and rear derailleur were mounted on a static stand and not on a bike. At best, the shift performance could be described as slow and mushy –hardly the stuff to compete with the far more rapid-fire performance of their drivetrain competitors. That was then.

During our recent visit to the Outerbike show Rotor was showing off the latest version of their very unique hydraulic drivetrain. Gone is the 11 speed, double chainring UNO product having been replaced by the new and improved 13s 1x drivetrain that, as the name implies, uses a 13-speed cassette.

Based out of their headquarters in Madrid, Spain, Rotor has been in the component business since 1994. Their early product line was based on some unique crank and chainring designs which over the years evolved into a proven line of machined aluminum drivetrain parts that eventually put the brand on the Tour de France map when they won the Alpe d’Huez stage with Carlos Sastre on the CSC team in 2003. Currently Rotor parts are used by both the Dimension Data and AG2R WorldTour teams.
The development of Rotor’s hydraulic drivetrain included mindshare with Magura whose proven history in developing their hydraulic mountain bike brakes would aid the R&D process.

When asked about the leap from Uno to 13s, Rotor’s Laurie Barrett said the UNO acted as basically a “proof of concept” effort and given that Rotor’s history was in machined aluminum parts, the in-house development of everything from the thickness of the brake hoods to the stiffness of the carbon brake levers proved an initial challenge.

AND NOW THE 1X 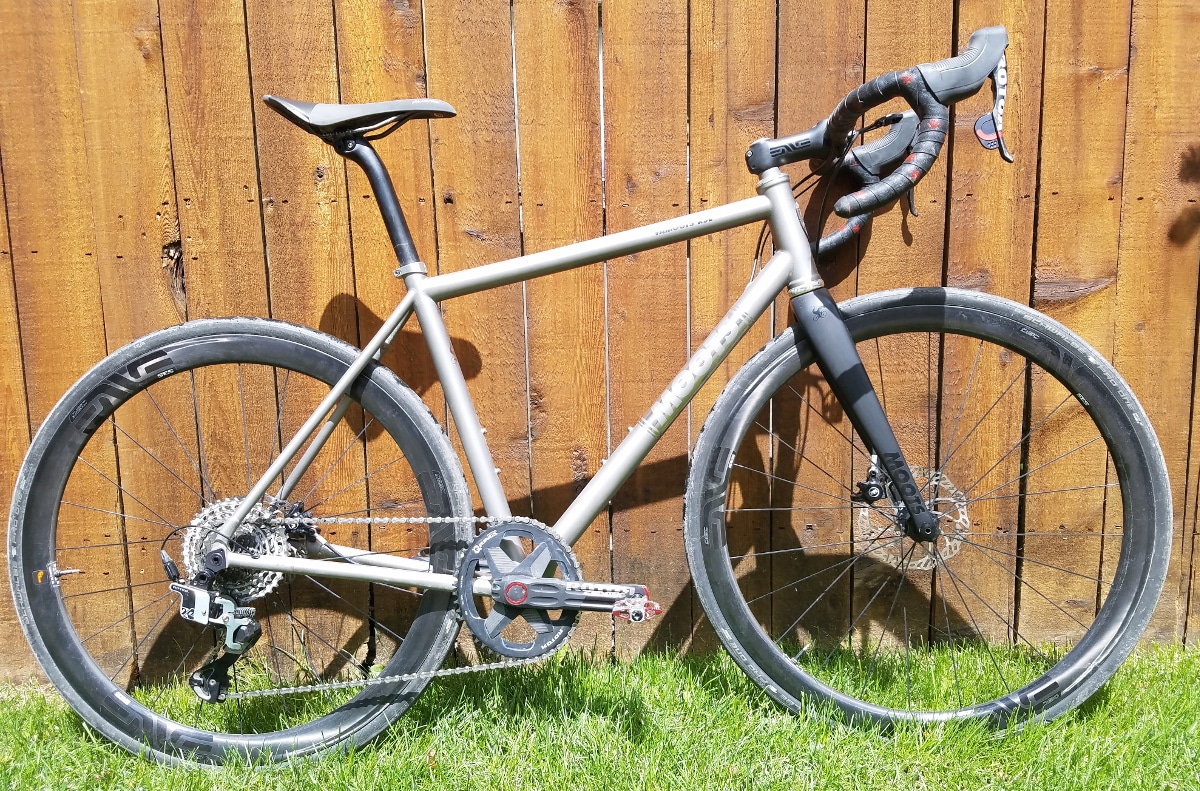 For 2019 Rotor is making the hydro drivetrain available in either a 12 or 13 speed version (the latter requiring a Rotor hub). The test bike in Sun Valley was built with the 13-speed kit along with the Trinity Drilled crank and oval Rotor Q-Ring chainring that the Spanish brand is famous for, along with a KMC chain and Magura disc brakes.

The derailleur has a robust build with a claimed weight of 859 grams. Unlike other drivetrains where the shift indexing takes place at the lever, the Rotor indexing is handled inside the derailleur. One impressive feature is the “go to origin” button which releases the index function so that the derailleur can be manually shifted into any gear in case of a malfunction. 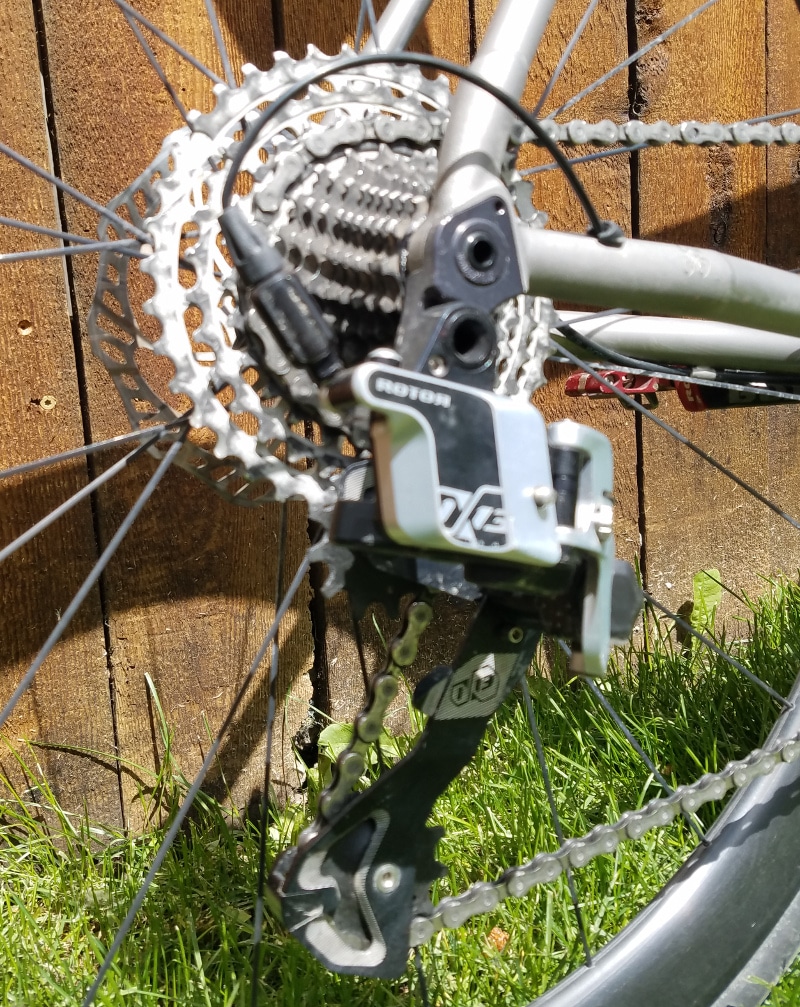 Our test ride consisted of a short, ‘round town ride, but it didn’t take long to realize the leap in performance between the UNO system and the new 13s. Although not always as light-switch quick as electronic, under hard stop sign to stop sign efforts, the shifts were quick and precise. The mushy feel of old has been replaced with a much more positive feel at the fingertips thanks to the stiffer levers. Every time a shift was attempted under load on a short climb it was delivered without complaint.
The cassettes use specific “flow ramps” and are machined from aluminum (top gears) and steel (bottom gears). There are four different cassettes available: 10-36, 10-39, 10-46, or the massive 10-52 which should get you up any climb. The derailleur has a clutch system and relies on 3mm hoses to pass fluid.

The retail price for a 12-speed Rotor kit that includes; levers, derailleur, crank, chainring and the outstanding working Magura brakes is $2200. Given that the 13-speed version currently requires the dedicated Rotor rear hub, look for a price jump to $2800. All the drivetrain parts are made at the factory in Spain. Up next? A test bike soon.