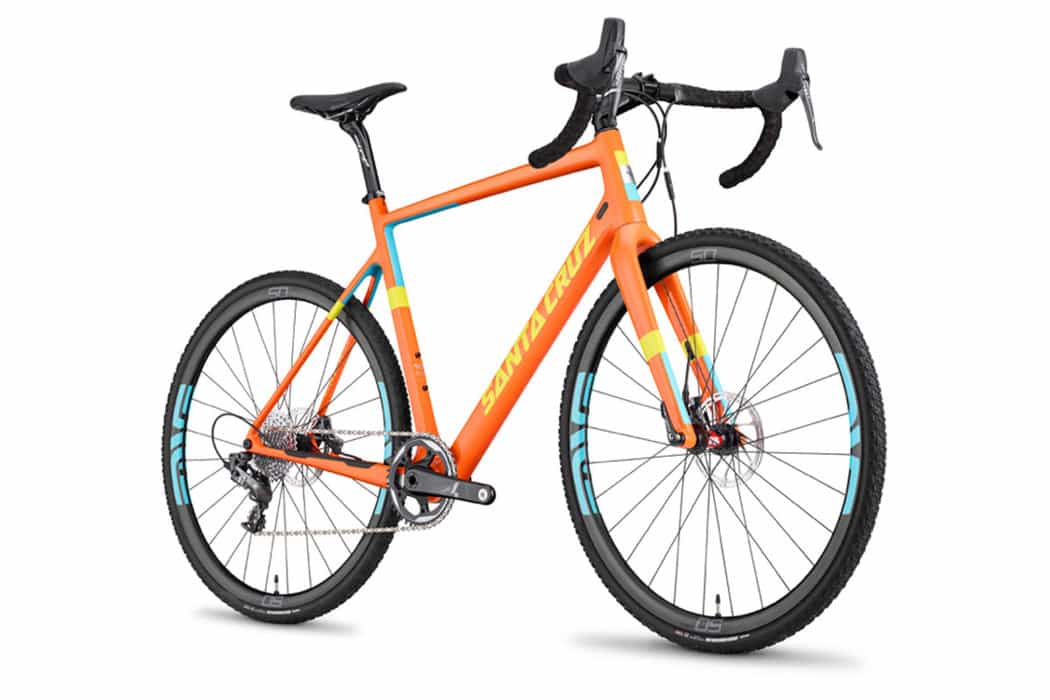 It looks like after a few years away from the skinny tire scene, Santa Cruz Bicycles is once again treading in the world of cyclocross with the re-introduction of their Stigmata ‘cross bike. Formerly an aluminum framed bike, the new Stigmata is all carbon and is available in five sizes and at three price points: $3699 (SRAM Rival), $4699 (SRAM CX1), and $6599 (SRAM Red). A frameset is available for $2299 in your choice of an orange or black finish.

The curious thing about the Stigmata (besides the timing of its release coming just after the official ‘cross scene closed down for the year) is just how much versatility is built into it. We’ve heard the bike is a full-on cyclocross race bike which is all well and good, but (especially in this day of gravel bike popularity) it leaves us wondering how diminished it might be as an all-round, dual purpose bike. But then we watched he official launch video and noticed that there wasn’t a cow bell or frittes stand within eyesight. So maybe it’s not as entirely ‘cross specific as we heard – that’s a good sign!

Now don’t get us wrong – we have nothing against cyclocross specific race bikes, but conceptually, most “no holds barred” race bikes tend to be more limited in scope and use than a “gravel bike” per se. Additionally, since the  official cyclocross season runs for less than half the year, the “pure” ‘cross bikes have a certain seasonality to them which limits their optimum year round use.

Granted the tech details that separate the two categories of bike is not a wide chasm by any means, but the details of geometry and tire clearance is worth noting if you have aspirations for adventure “outside the tape.” The three details that bode well for the Stigmata’s adventurist abilities is simply that its spec’d with disc brakes,  two bottle mounts and tire clearance for up to a 41mm tire – very good.