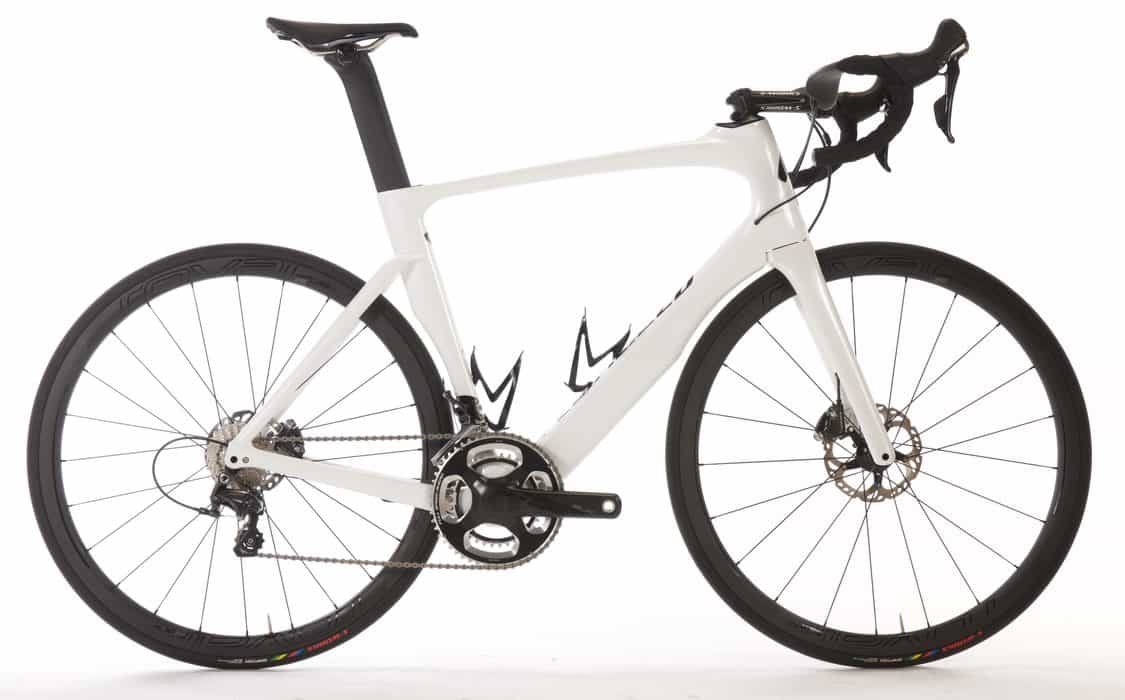 Eat your heart out Peter Sagan, there’s finally an ultra high-end road bike from Specialized that you can’t have! Of course, this very thought has probably cost a few people in Morgan Hill some sleepless nights. Having Sagan win a stage of the Tour de France on a Specialized Venge ViAS Disc was probably the level of grandeur Specialized had anticipated when first showing a group of journalists the still-secret bike way back in January. Unfortunately, a lot has happened since January not in favor of discs in the pro peloton, so the brakes (pun intended) were put on a pre-Tour launch. Now, away from the hoopla of races, the new Venge ViAS Disc has arrived.

When the Venge ViAS launched last year it was the proprietary rim brake design, and unique placement, that garnered most of the attention. Now, it’s once again the brakes that are the highlight of one of the most aero road bikes on the planet. Specialized claims that the weight between disc and rim brake models is the same, which isn’t all that surprising considering the size of the rim brake calipers. With the level of intricate internal routing throughout the bike, hydraulic hoses do indeed make much more sense than a cable and housing that quickly gains friction with each bend made. In terms of aerodynamics, the disc model does have marginally more drag than the rim brake model in most yaw angles tested in the wind tunnel, according to Specialized.

Unlike the current Tarmac Disc that uses quick release axles and a 135mm spacing in the rear, the Venge ViAS Disc uses a 12mm front thru-axle, and a rear 142 x 12mm. This means that the Venge ViAS will be compatible with nearly all aftermarket disc brake wheel options, compared to the more limiting 135mm SCS design that is used on some Specialized models.

Probably the best part of the new disc additions into the Venge ViAS line is that an Expert level bike is now offered for $4500 with Shimano Ultegra and a standard stem that can easily be swapped out. The other Venge ViAS Disc models include S-Works eTap for $11,500, Pro Ultegra Di2 for $7,250, and S-Works frameset for $4,200.

A LOOK AT THE “REAL WORLD” VENGE VIAS EXPERT DISC