In the mood for some handcrafted Italian titanium? 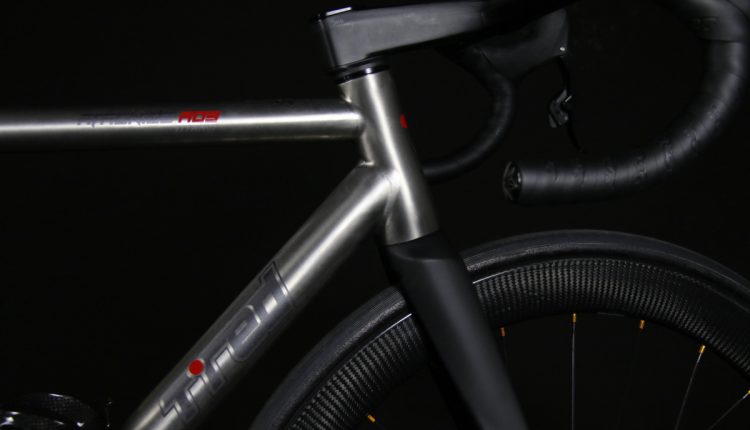 Press Release
T-Red is an handcrafted Italian brand that we’ve regularly run into at NAHBS over the years where they’ve featured a varied selection modern looking bikes with dropped seat stays before they became the current fashion item. 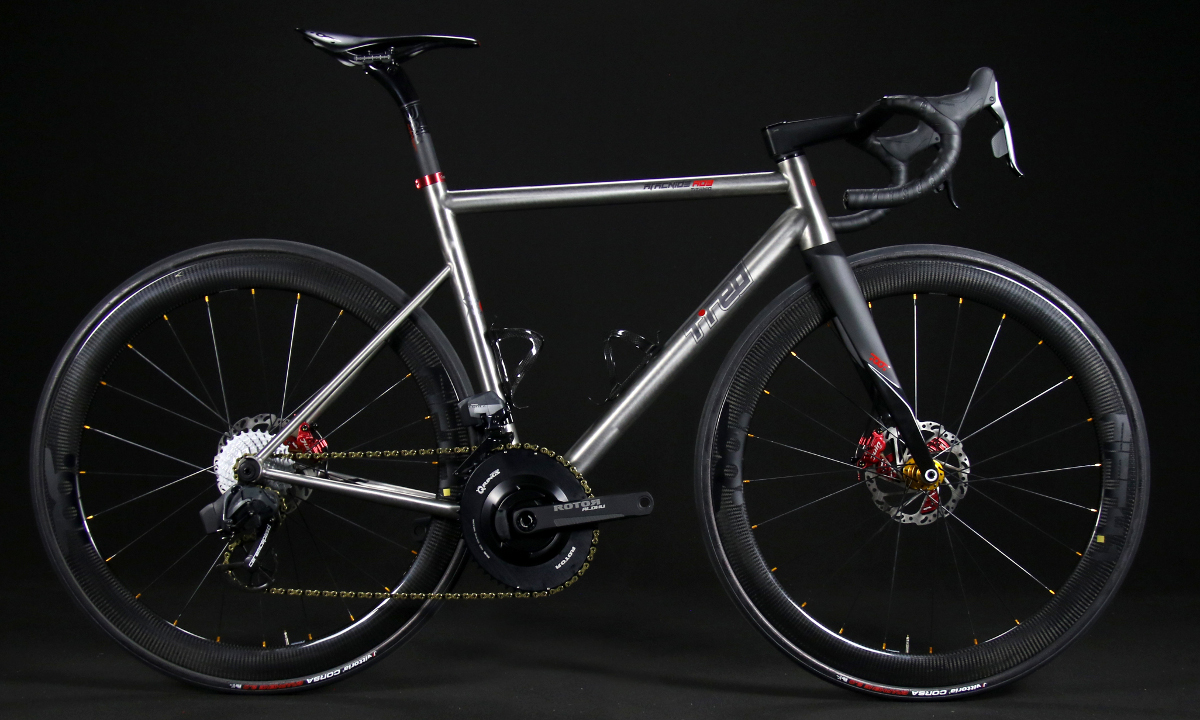 Born from Italian minds, made by Italian hands. It is said there is no two without three, and here comes “03” shortened name for Aracnide A03RD, or the “restiling” number three of the most famous bike of T°RED BIKES. Retracing the history, in 2015 the presentation of the first Aracnide with disc brakes in the A02RD VEDOVANERA version, then presented at NAHBS 2016 with flat mount disc brakes, thru axle fork with internal cables routing and T47 threaded bottom bracket.

What surprised most then and which is still unchanged is that T°RED does not use industrial semi-finished products but tubes made in the USA in different titanium alloys according to its own specifications and CNC parts made in Italy by CFR on an exclusive design. The design of each frame is developed with proprietary software (called LeHonard®) by Romolo Stanco who directs TOOT Engineering. The latter is the design and engineering center that conceived and developed the contents of Aracnide and all T°RED bikes, from the patented ERS® active load transfer system to the SMAAVS® vibration damping system used on the off-road bikes of the Garda Lake based brand.

Over time, T°RED has developed exclusive manufacturing processes that combine technology and craftsmanship not by launching the challenge to the “handmade” made in Italy – of which T°RED is an ally – but to the industrial giants of the “bike” world and the extreme standardization used by the big brands to optimize new models year after year. “This is not a challenge against enemies, on the contrary the industrial ‘bike’ world now has a very high standard – T°RED CEO Erica Marson is keen to specify – but a different way of approaching the relationship with the sport of cycling and what the bicycle represents for the enthusiast. Passion. 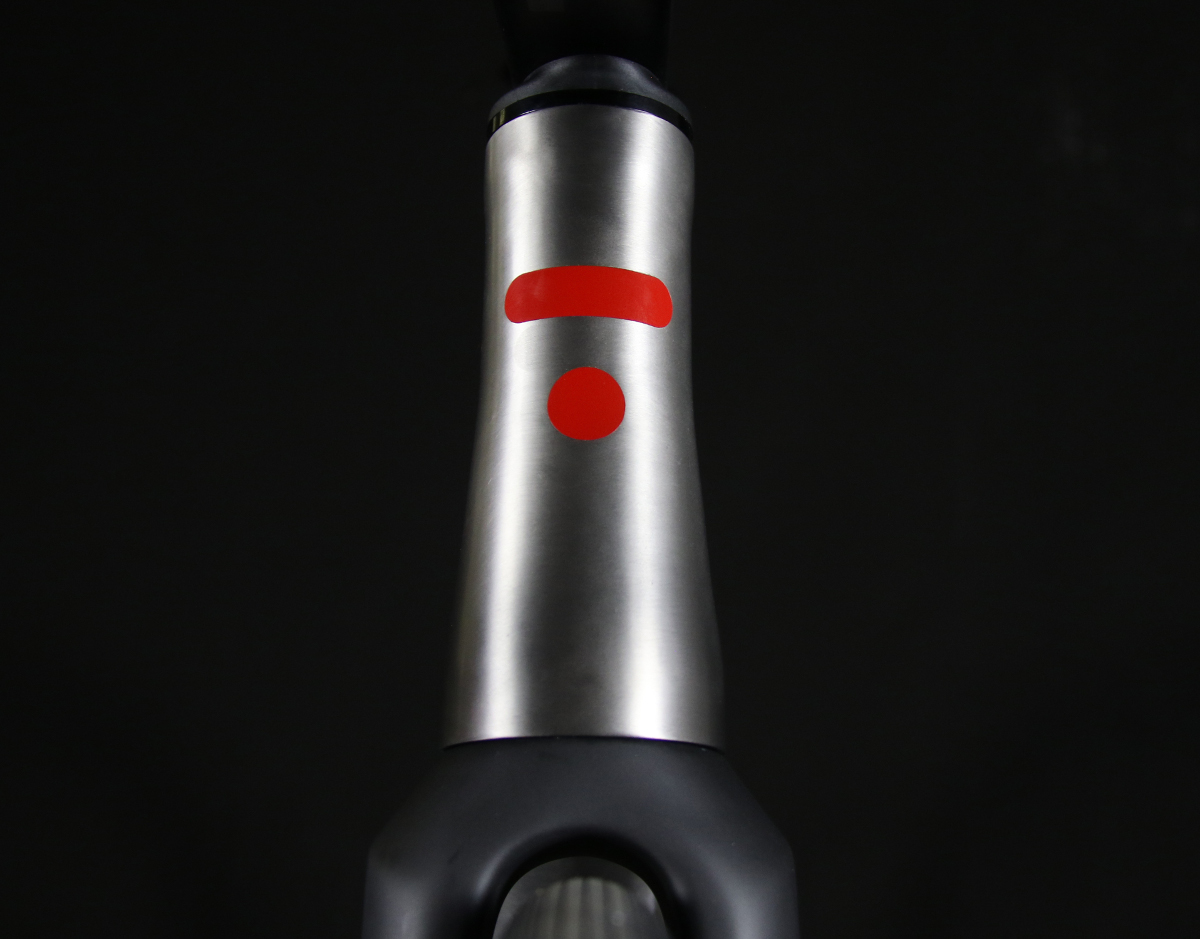 And with passion, OUR passion, we have chosen not to accept compromises. The “A03” keeps all its promises by offering the characteristics of great versatility and transversality of the “02”, thanks to the very refined design of the geometries, sections and thicknesses of the tubes and CNC parts (with the use of four different titanium alloys) together with a performance behavior that puts on the same level comfort with the performance of a thoroughbred born to win races.

Note the integration and total disappearance of the cables thanks to a CNC 6Al4V titanium headtube (the final 180 grams headtube starts from a full 6Kg bar) and the integrated TICR® headset / handlebars, even the new Aracnide wants to be able (attention: this is a choice, an option not an obligation) to hide the cables. The solution adopted in the “03” allows to keep the shape of the tapered headtube unaltered compared to the “02”, but thanks to the collaboration with Dedacciai and Dedaelementi, it transfers the burden of cable routing to the new T20 fork and the DCR® headset, with a fluidity of the system that leaves everybody astonished while thinking at the reduced space in which the brake cables pass. You read right: cables. 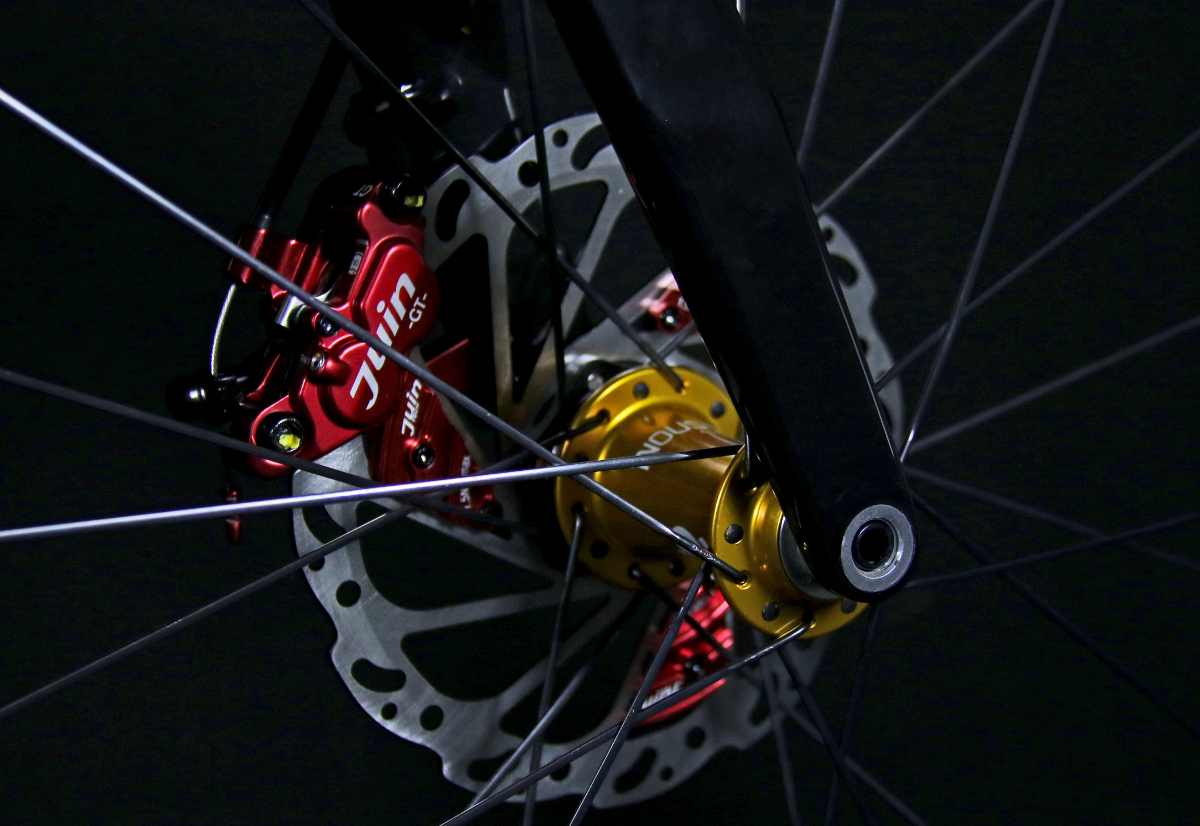 T°RED confirms also in this model the predilection for the traditional levers – for ergonomic reasons and control sensitivity – entrusting braking to the powerful calipers patented by Japanese company Yokozuna and licensed to JuinTech: 4-piston sealed hydraulic calipers just like those of downhill MTBs with 160mm Ashima discs. 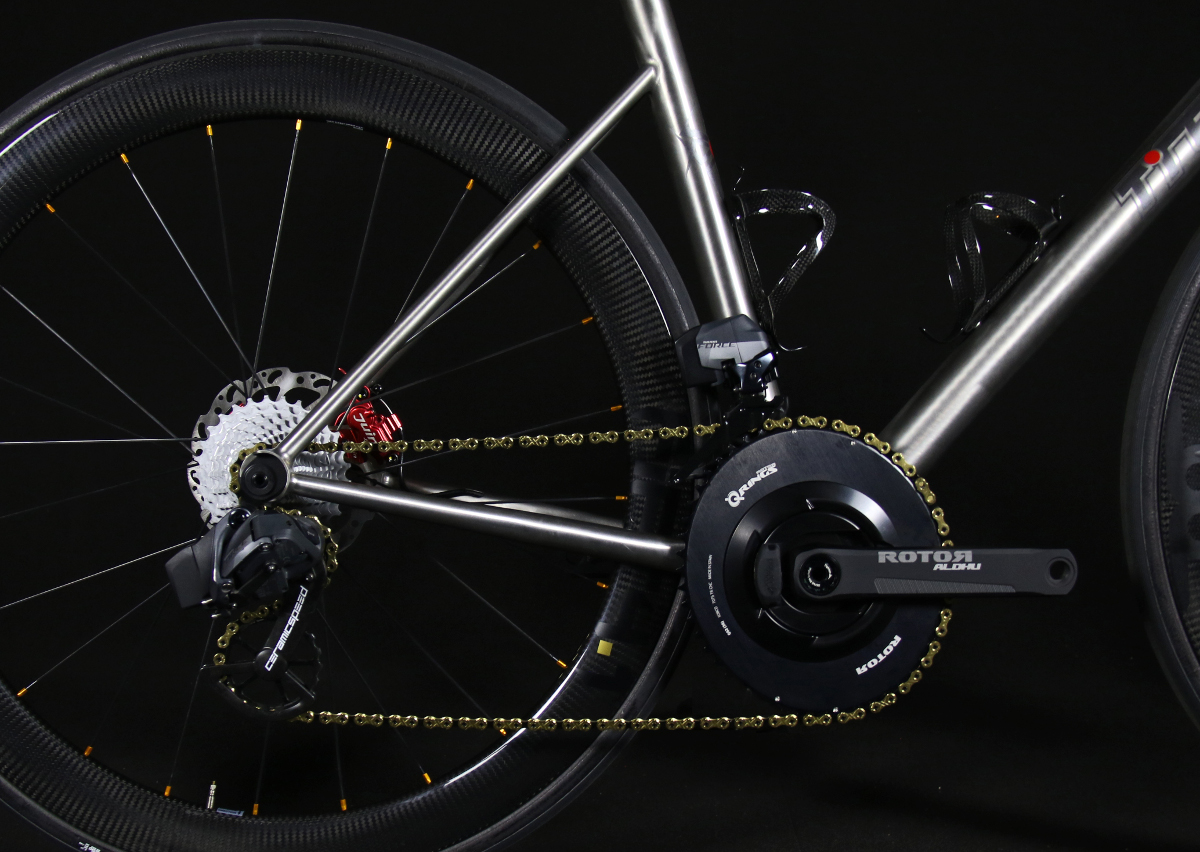 The SRAM Force AXS groupset is in fact mounted in an extremely particular way with a Rotor Aldhu Aero Mas crankset and Power2Max power meter, Rotor 52-36 (or 54-42) chainrings and 11-29 (or 11-32 and 12-29 all one-piece cassettes under 180 grams!). This unusual assembly, successfully tested throughout the season by the T°RED FACTORY RACING team, is proposed as an alternative solution to the “classic” SRAM 48-35 with 10-28 cassette also thanks to the arrival in the T°RED working team of the former Trek Segafredo professional Eugenio Alafaci teammate of 2019 World Road Champion Mats Pedersen with a SRAM AXS group and a 54-inch chainring that the American house does not sell but dedicates only to some professionals.

Also in these experiments lies the spirit of T°RED BIKES and the close and continuous collaboration with TOOT Engineering which also includes the production of the 3K “twill” carbon rims with a 51mm tubeless ready profile, spoked by Pippowheels with TOOT RaceProven hubs equipped with Enduro bearings and “special” Sapim spokes. The “03 VENTI” is equipped with top-level Dedaelementi components with the integrated Alanera handlebar and carbon seat post. The oversized pulley and Vittoria Corsa Graphene 2.0 tires complete this “evolution” of Aracnide which also finds a new graphic design in the restyling of the logo and artwork. 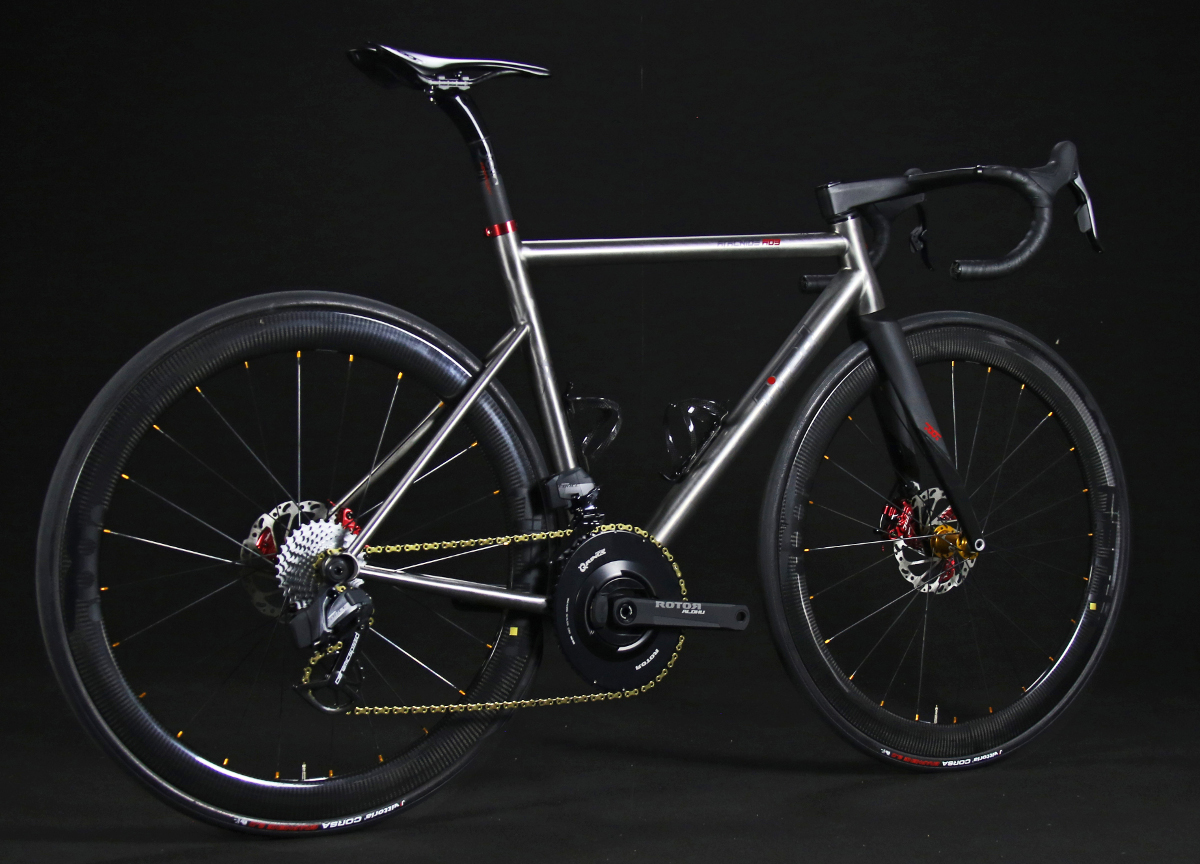 Like all T°RED bikes the 03 is made on a parametric project based on the cyclist’s measurements acquired with a laser scanning system to create unique bikes for each customer. “VENTI” is a special set proposal studied by T°RED to underline the features of the bike: of course in the spirit of the brand every cyclist can request a preferred configuration of the bike with the direct support of the T°RED Custom Shop technicians. For this reason T°RED has chosen to present and market this bike like all the other models exclusively in the single-brand stores in Rome (directed by the Italian Paralympic champion Claudio Campi) and in Milan (directed by the ex-pro Eugenio Alafaci) and in new Flagship Store in Montichiari (a stone’s throw from the Velodrome, the second “home” of T°RED) where it will also be possible to meet the managers of the company for a personal meeting, a test with the team’s athletes and an a la carte configuration of your bike.

T°RED launches the “A03” in this exclusive “VENTI” edition with a special offer: for twenty days it will be possible to buy it at the price of $9,920 euros *. Any other configuration or fitting of the “03” can still be requested from today. Mechanical groupset complete bike from $6,890 euros.

One last piece of news that will please those who have already chosen Aracnide and are awaiting delivery is that everyone will be contacted to have the opportunity to receive the “A03” at no extra charge. An early Black Friday so that this 2020 ends a little less in black! For appointments and orders [email protected]