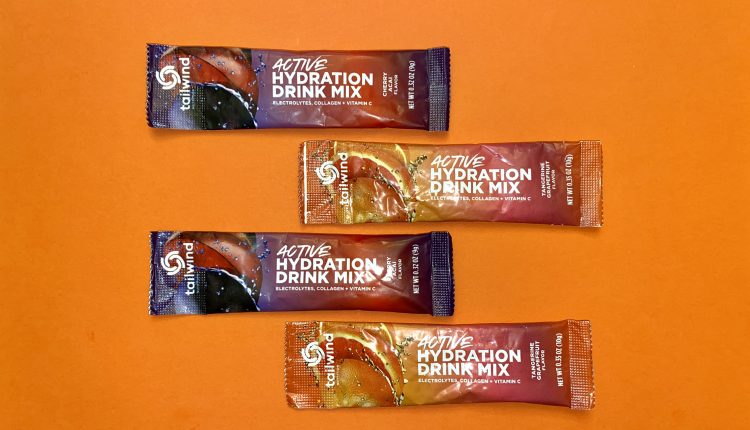 Colorado-based Tailwind Nutrition has entered its tenth year of producing cycling nutrition in America. Their Endurance Fuel drink mix is a favorite of many of us at RBA due to the blend of electrolytes, sugars and its high-calorie nature that replaces the need for traditional solid energy food. Endurance Fuel has been the sole source of nutrition for us during long 9-plus hour efforts in the saddle at events like Unbound Gravel and the Leadville 100. It has proven successful multiple times, so when we heard the nutritionists at Tailwind were developing a new drink mix, we were interested in getting our hands on some.

The Active Hydration Drink Mix is for, you guessed it, active hydration while riding and more ideal than Endurance Fuel for short rides that last about an hour. Its ingredients include cane sugar and added electrolytes to help riders hydrate faster than drinking water alone. 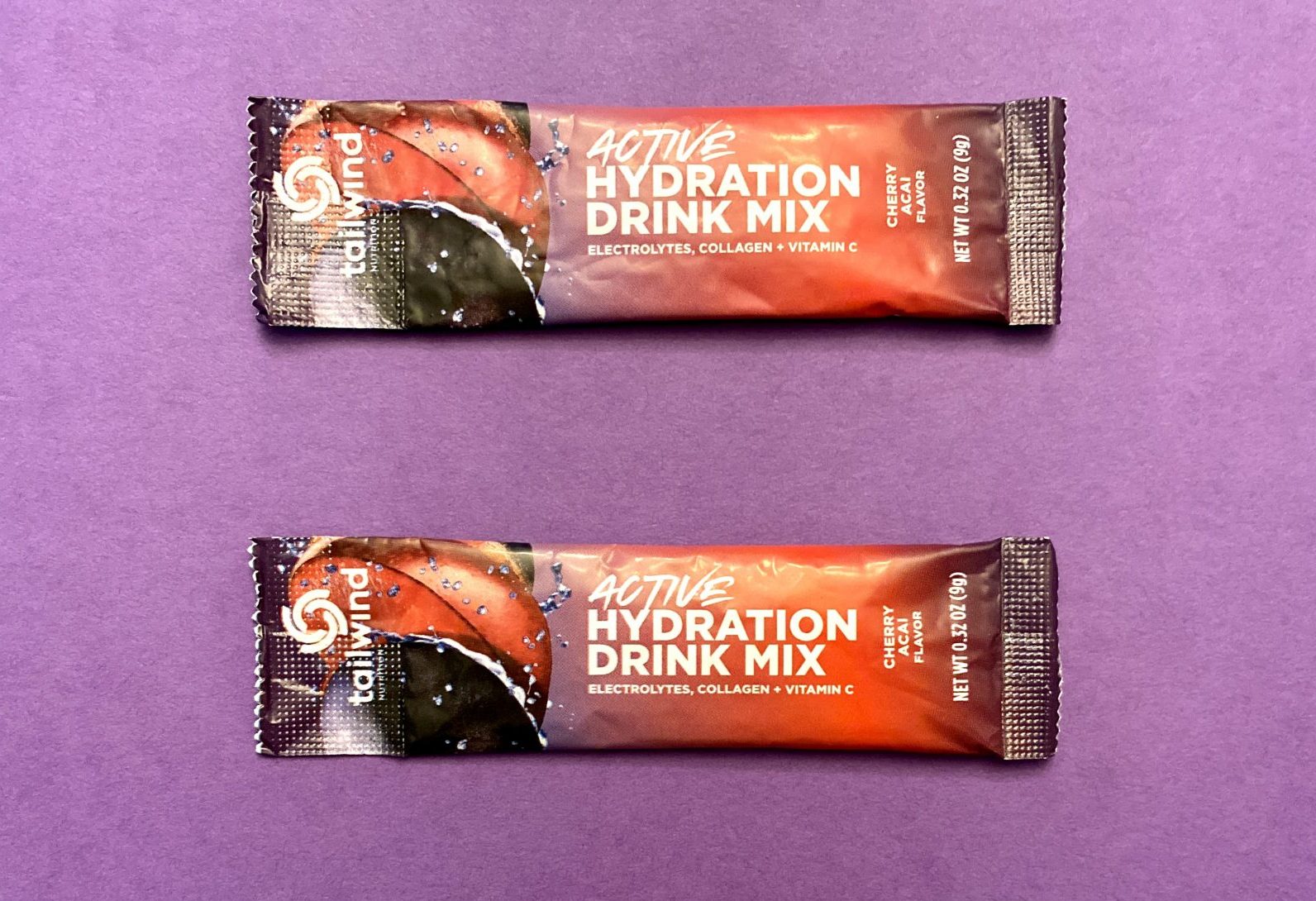 There was a lot riding on the performance of the new mix due to the already proven track record from Tailwind. Before our first ride we there were some lingering questions around the office. Would it live up to the legacy of Endurance Fuel? Was it going to be tasty? Will we even need  Endurance Fuel anymore?

We got our hands on two of the four flavors offered, Cherry Acai and Tangerine Grapefruit. Tropical Orange, and Strawberry Lemonade are also available and we’ll be reaching out to try those out soon. Active Hydration is currently sold as single serving packets that can be bought in a 12 pack for $21. One 9-gram packet has 35 calories when mixed with 12-ounces of water. This means we used 2 packs per 240z bottle which comes out to $3.50 of mix in each.

We hit the road for a 90 minute training ride with a bottle of each flavor. With temps in the 80’s it wasn’t long before the sweat started to roll down our foreheads and we reached for our bottles. The Tangerine Grapefruit was the agreed upon preferred flavor as it tasted like an cool Orange Julius while the Cherry Acai was a bit bland but that’s just our subjective take. They both provided the same intake of electrolytes and calories which matters especially as the temperatures rise throughout the summer. It was easily digestible for us and was an overall positive experience that we could see ourselves pairing with a bottle of Endurance Fuel on mid range 3 hour rides while solely using Endurance Fuel on longer rides. 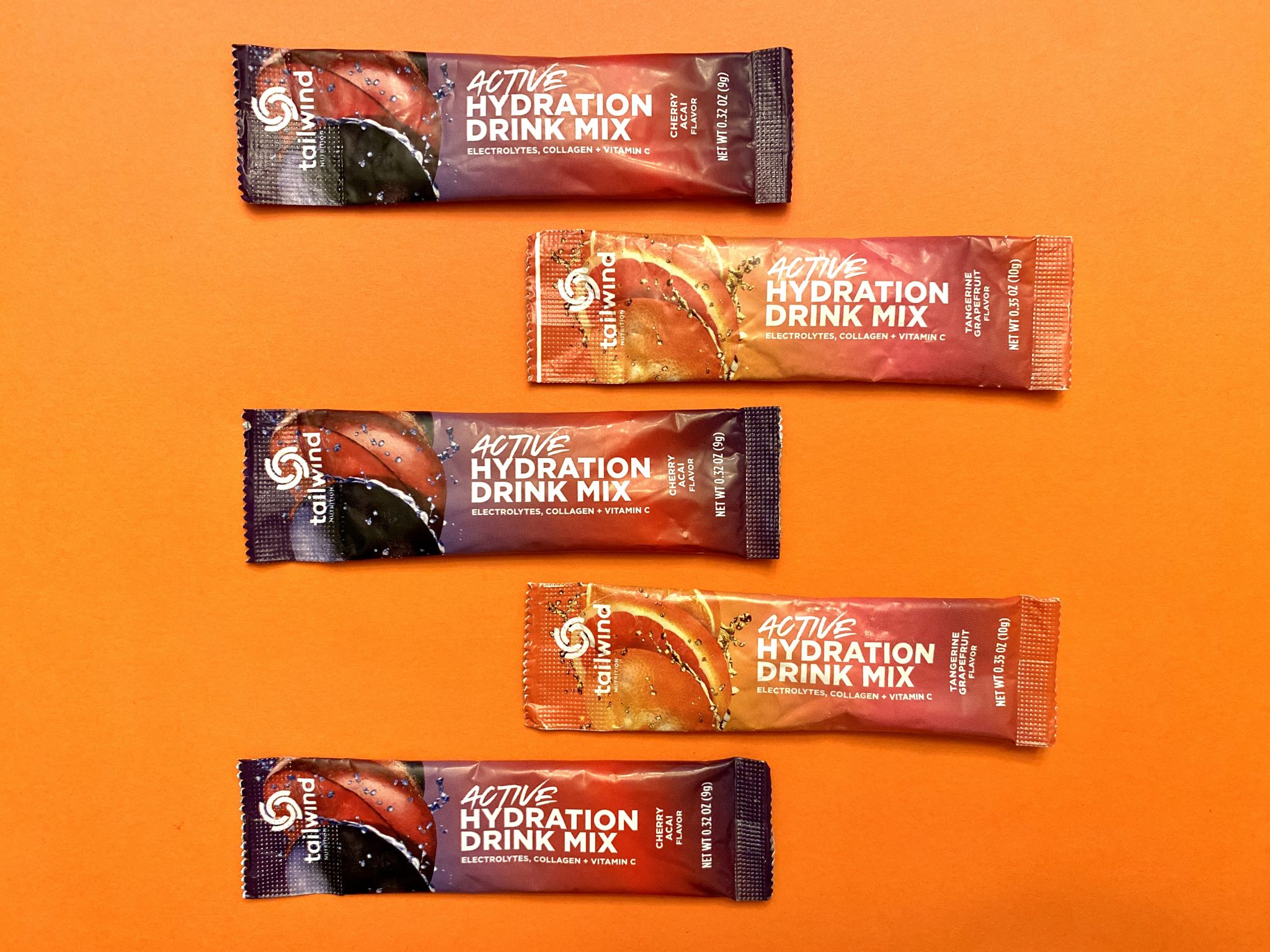