Topical Edge uses bicarbonate in a lotion form that is then absorbed through the skin. Normally bicarbonate is ingested orally but can be hard on your stomach at times. The goal is to have the bicarbonate in and around the muscle while ingesting it orally adds difficulty to this. Currently many endurance athletes orally ingest sodium bicarbonate (baking soda) to buffer acid, a strategy known as “bicarb loading.” The challenge currently though is that ingesting high doses of sodium bicarbonate comes with negative side effects including nausea, stomach pain and diarrhea. The Topical Edge proprietary lotion technology allows you to buffer lactic acid without gastrointestinal side effects. 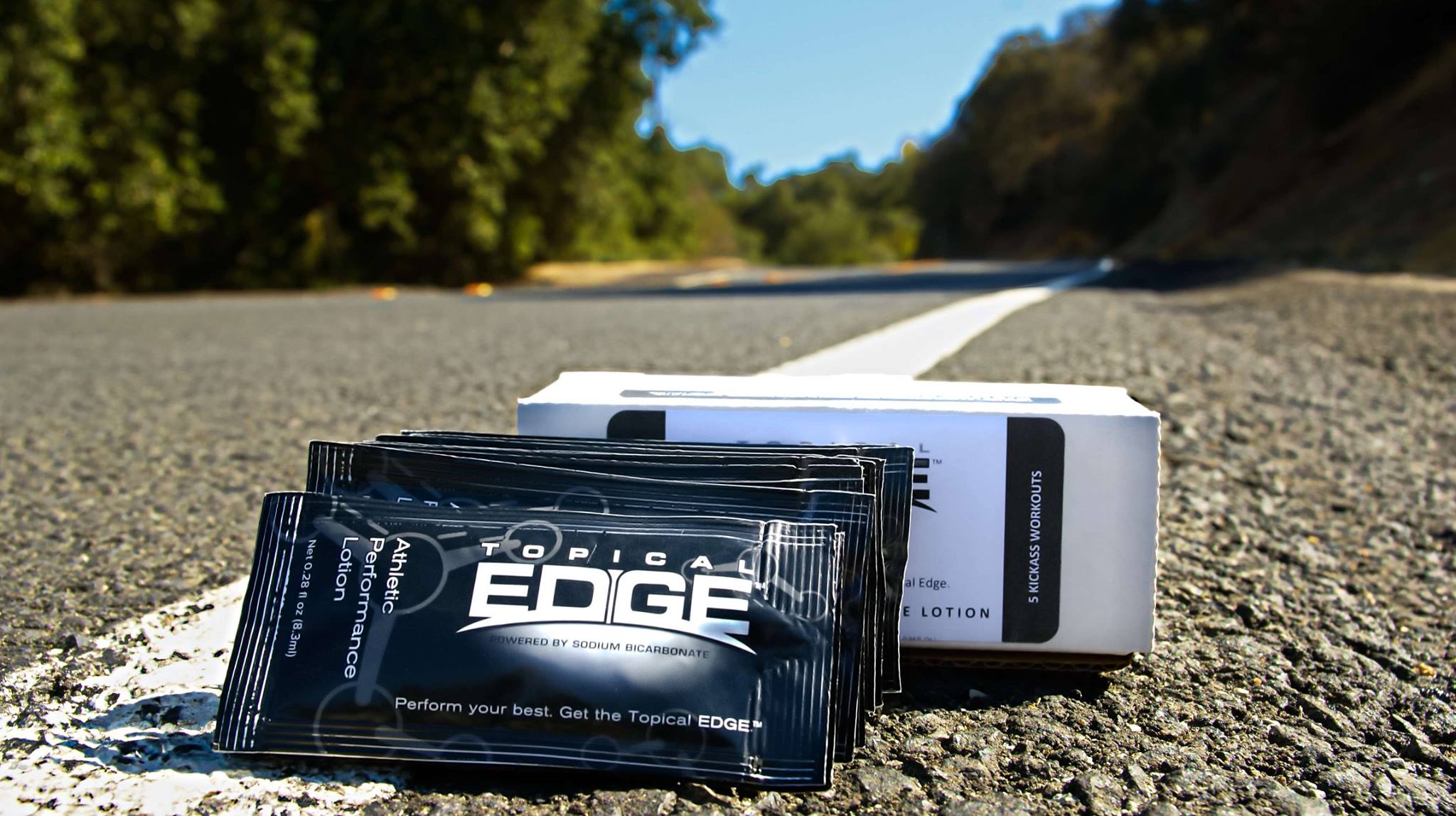 Tell us what Topical Edge is?

Jeff Byers (GM of Consumer Division of Ampersand) – Topical Edge is a sports performance lotion that leverages proprietary technology developed at Ampersand Biopharmaceuticals which is an early stage bio tech company that has developed a technology to host and deliver molecules through the skin in a safe and effective manner. The Topical Edge lotion leverages sodium bicarbonate which is baking soda and we know that if we can get that in and around muscles it helps impact your performance and recovery. The problem with oral bicarbonate is that athletes may get upset stomach, if we can avoid that by using the lotion and get the same increase in performance it can be very beneficial to an athlete.

We had an initial proof of concept study where we showed that we were able to decrease blood lactate by a significant amount and this current study which we are performing now is further validating and teaching us more about what Edge can do and what it means to get sodium bicarbonate in and around the muscle.

This is your second test, what did you find out from your first test?

The first study was shown that Edge was able to reduce blood lactate. It was the same design study meaning a double-blind placebo controlled study. Everybody we tested came in twice, one test using the Edge and other test using the placebo. With Edge we found that the subjects had a 17.8% decrease in blood lactate. 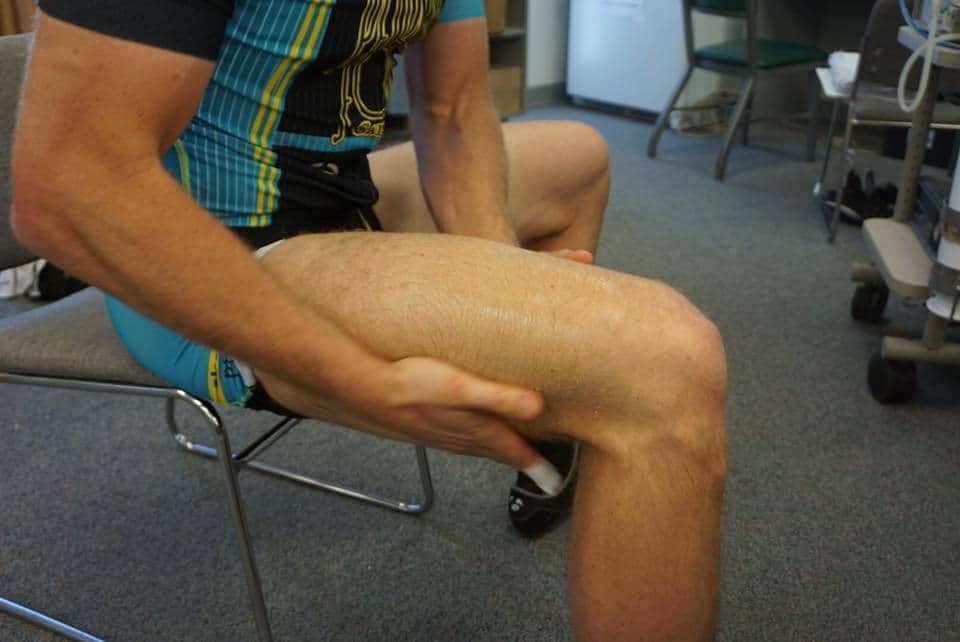 For this second test Mark Kern; Professor SDSU in Exercise & Nutritional Sciences has been running the current athletes through four separate tests spaced out over four weeks where they use the Edge in two tests and a placebo in the other two. “We are independently investigating whether Edge can improve exercise performance and alter metabolism in ways which should improve performance. We’re measuring a variety of performance in different ways so we can find out if it works better for shorter, higher intensity workouts or more prolonged efforts that still have a good amount of intensity. Each test subject is performing four separate trials. Two sets of experiments with each set having on trial where the Edge is used and the other set where a placebo is used. We are blinded as well on our end to not knowing which set is using the Edge/placebo.”

Subjects come in once a week for testing which takes four weeks to complete the study with a total of twenty subjects. Once finished with the final test subject an additional month will be required to crunch all of the numbers and get the results finalized from this second study. 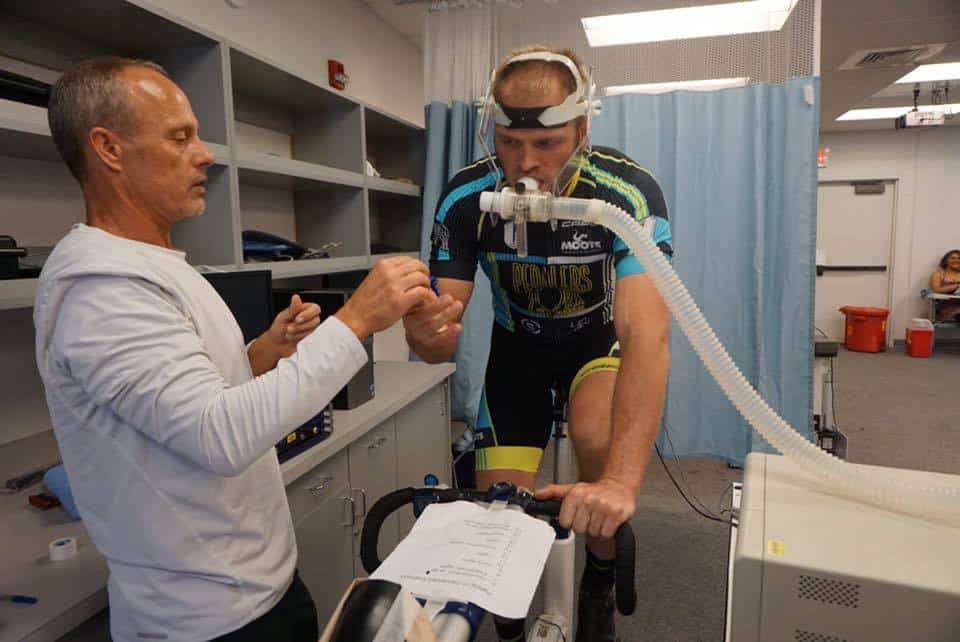 What are these two separate tests consisting of?

Mark Kern – One test is more towards the short efforts where we use a ramp test and start at 0 watts and increase 25 watts per minute. We have them perform until they reach a difficulty level of 17 on a 20 point scale. We don’t want to have them hit their max quite yet as we will have them push harder in the second part of the test. After they reach the 17 marker, we give them five minutes of recovery and then we have them perform a 30-second max sprint. Following the sprint, they receive another five minute rest period which after they perform a five-minute max test. Throughout the testing period, we’re collecting blood samples, measuring hemoglobin saturation’s, also while measuring their heart rate during perceived exertion. The second test is where the subjects come in and do a full one hour time trial to their max power. The idea with this test is that perhaps the bicarbonate will work for a longer term super high-intensity effort.

Hemoglobin Saturation – The idea is that the bicarbonate will allow the oxygen to be better delivered to the tissues from hemoglobin. We have an instrument we use that’s called a near-infrared spectrometer which goes about 2 cm into the muscle and it gives you an idea of how much oxygen is bound to the hemoglobin, so we will be able to find out if Edge alters that number one way or another. 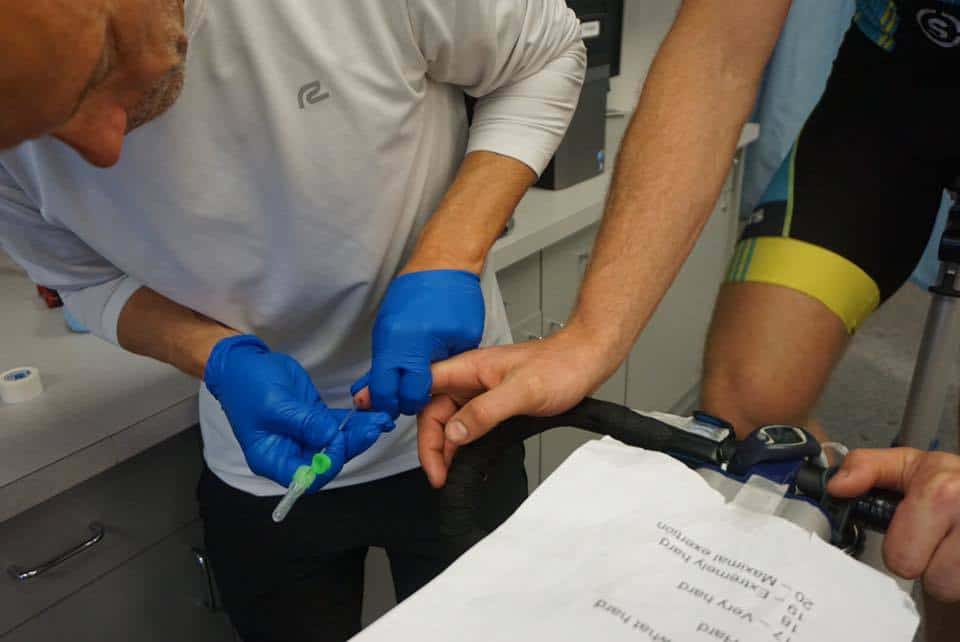 Have you found any other benefits to using Topical Edge?

Lisa Misell Ph.D. (Vice President of Clinical and Medical Affairs for Ampersand) – Delayed onset muscle soreness is something we are also looking into. We’ve heard back from a lot of the athletes that are testing the product, and they aren’t feeling as sore the next day. After each subject comes for their test, we follow up with them the following two days to get a read on how they are feeling with their soreness. Some of the biggest feedback we’ve gotten from a few of our professional athletes is that they are feeling noticeably better the next day after using the Edge. There are a lot of links and variables which can lead to this, and this is just another reason why we are doing so much extensive testing and studying to learn why and how this is happening.

In what direction do you want Edge to grow?

Jeff Byers – We would like to launch and further grow in endurance sports, and from there we can gravitate into other sports. Being able to reduce lactate acid is an important factor, and if we can increase hemoglobin saturation and increase performance, it has implications not just for cycling but much more. Our goal is to create a new category with it being a sports performance lotion and to take this product mainstream to other sports.

Topical EDGE would like you to test out their new product personally. Click on this link to receive your free sample and put it to the test first hand! 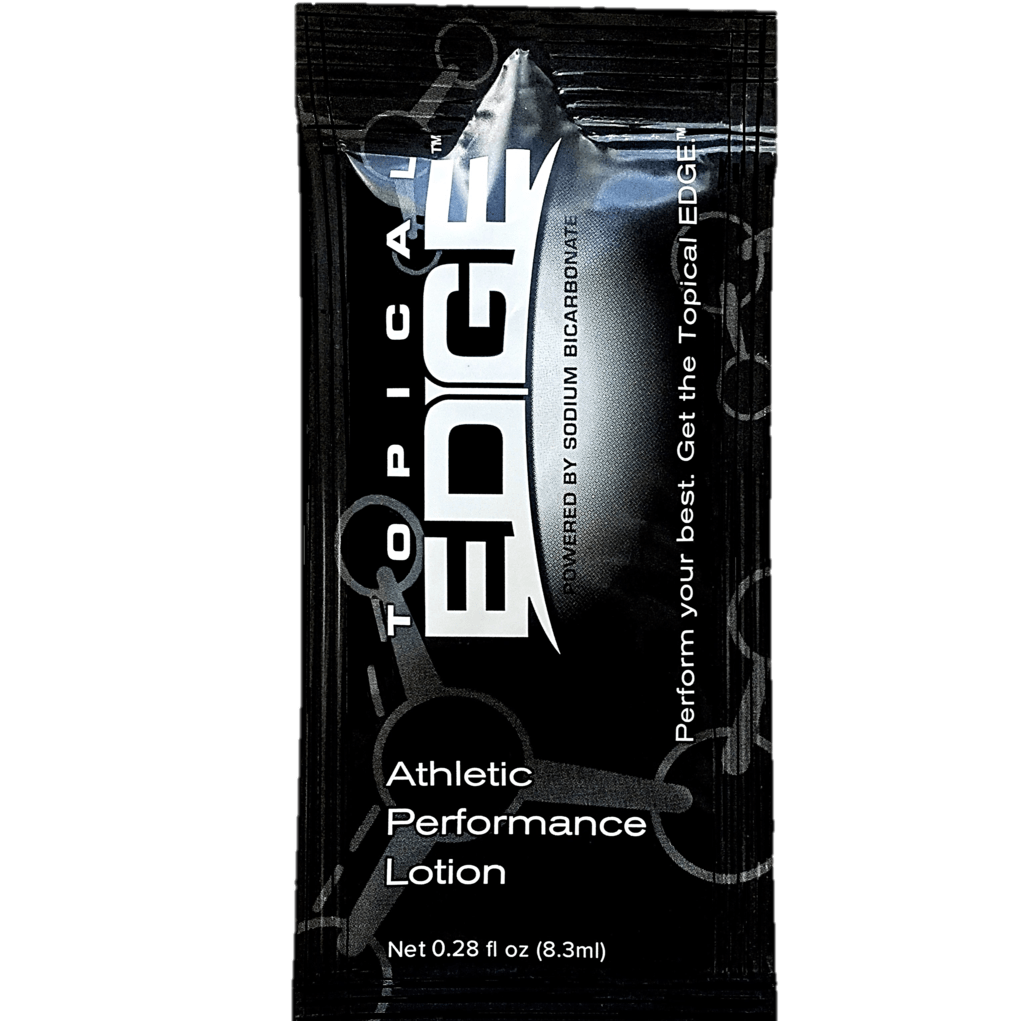 Froome back in picture after Movistar penalty