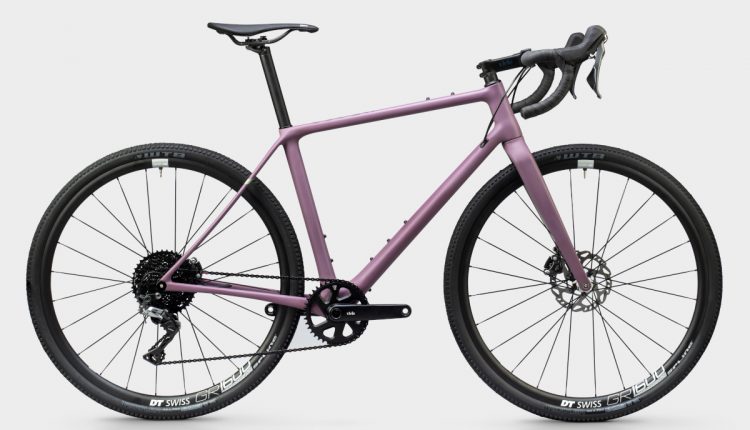 One look at the Vielo bike catalog founded by the father and son team of Ian and Trevor Hughes makes it clear that the British duo are intent on doing things differently.

Vielo is excited to release the new V+1 Gen2. Launched in 2018 the first V+1 gravel bike that was critically acclaimed amongst journalists, dealers and cycling fans around the world. Hot on the heels of the successful R+1 road bike, the second-generation V+1 Gravel bike builds on Vielo’s ethos of 1x only, lightweight, rider focused and tons of engineering attention to detail. The standard 1100g Strato carbon frame and 880g Alto carbon frame have been refined for improved rider performance. 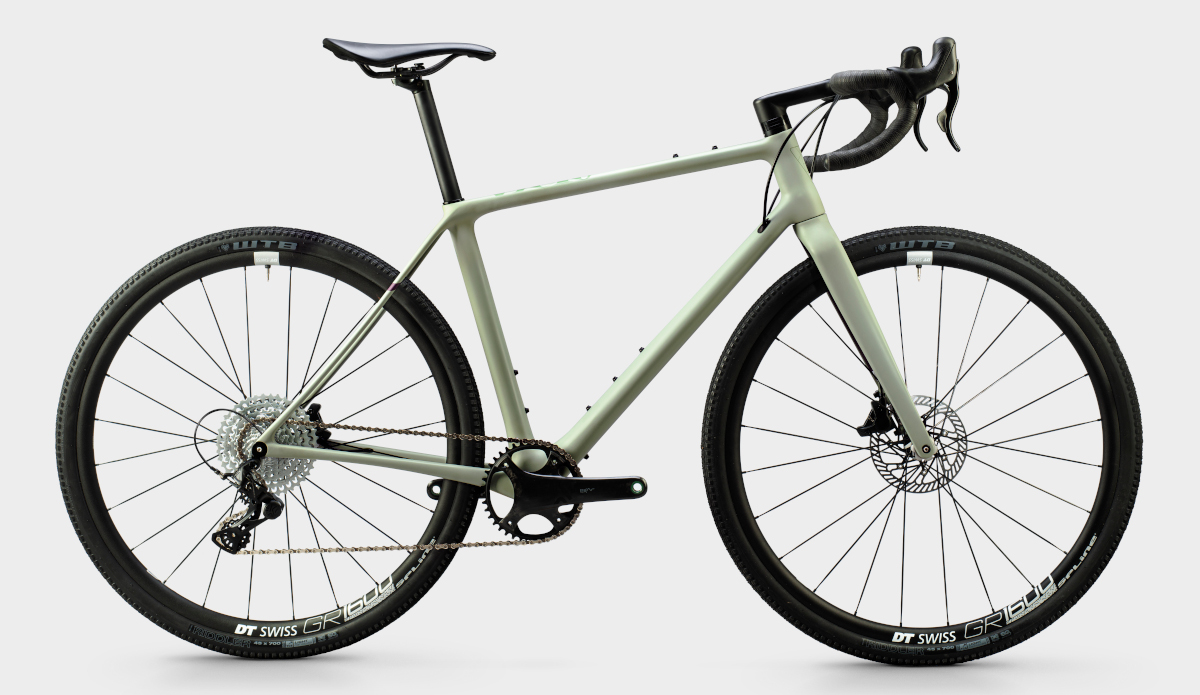 Indy-Boutique brand Vielo are a brave, thought-provoking British brand that are ready to launch
their second generation of performance gravel bike, the V+1 Gen2, to the global market.
Launched in 2018 the first V+1 gravel bike that was critically acclaimed amongst journalists, dealers
and cycling fans around the world. Hot on the heels of the successful R+1 road bike, the secondgeneration V+1 Gravel bike builds on Vielo’s ethos of 1x only, lightweight, rider focused and tons of engineering attention to detail. The standard 1100g Strato carbon frame and 880g Alto carbon frame have been refined for improved rider performance.

Vielo was created by father and son team of Ian and Trevor Hughes. Ian has over 36 years’ experience in the bicycle trade helping build international brands in the UK market, through sales marketing and distribution. Ian Hughes founder of Vielo sports said: “We absolutely love the first-generation V+1, it’s such a great bike. I wanted to keep all the key features that frame provided the ride – a Light, Fast and Comfortable gravel bike. Plus, I wanted to position the new V+1 as a fast (race) performance gravel bike, rather than a fat tyre drop bar mountain bike or load lugging, bike-packing type bike.”

The new Vielo V+1 may look like a subtle change, but it is in fact a full redesign. 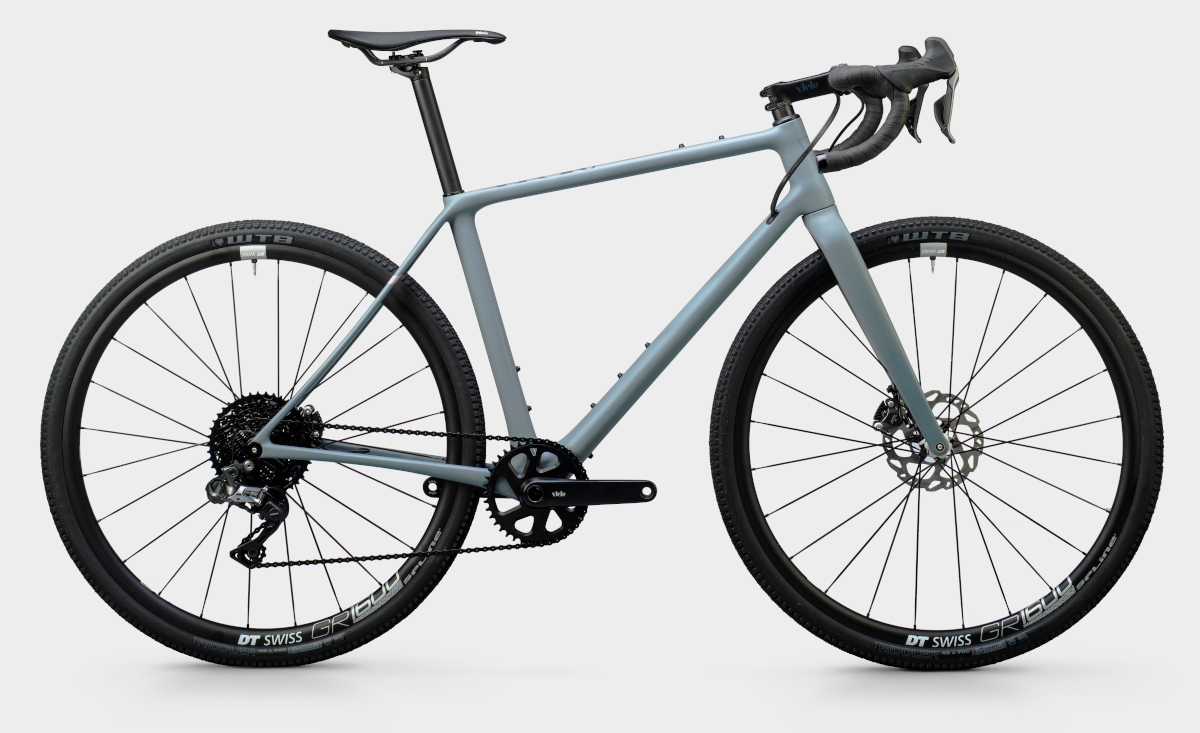 The geometry now features a slightly lower bottom bracket height, shorter seat  tube and slightly longer top tube. The idea being to bring the rider lower and further forward. The distinctive curved, flat, wide seat stays now take up to 50mm tyres and retain that comfort the bike has become known for. The chain stay and bottom bracket join is now symmetrical, optimising the frame entirely for 1x, while retaining the ability to run 650b wheels without a dropped drive side chain stay. The extra wide down tube to bottom bracket shell shares the same 1X concept as the Vielo R+1 road bike. Vielo have kept the option for mudguards which proved popular for British riders riding in British riding conditions.

Vielo continue with an 1”1/8th-1”1/2” tapered head tube, now with an hourglass shape. A new fork increases the tyre clearance at the front, while improving the fork stiffness and optimised for Flat
mount brakes.

Hughes continued: “We are really passionate about putting engineering detail into everything we do.
This frame is full of really small details that make up the whole sum of the bike, such as the 2 turn thru
axles, stainless steel scratch guards near the disc brakes and our own Vielo 1x CNC machined chain
rings.”

Visually Vielo continue with their ‘less is more’ branding and paint schemes. “We don’t do black!” Says
Hughes. The frames come in four  new satin finishes. The Alto (lightest) frames are Rock Salt Pink with Blue Stone Highlights inside the fork and on the seat stays, or Blue Stone main frame, with Rock Salt highlights. Similarly, the Strato frames are either Apple Green with Plum or Plum with Apple Green highlights.

Vielo will be delivering the new V+1 to customers and its network of international dealers at the end
of April and are already taking pre-orders. You can see the full range and more at the Vielo Website
https://www.vielo.cc/pages/v1-gravel-bikes 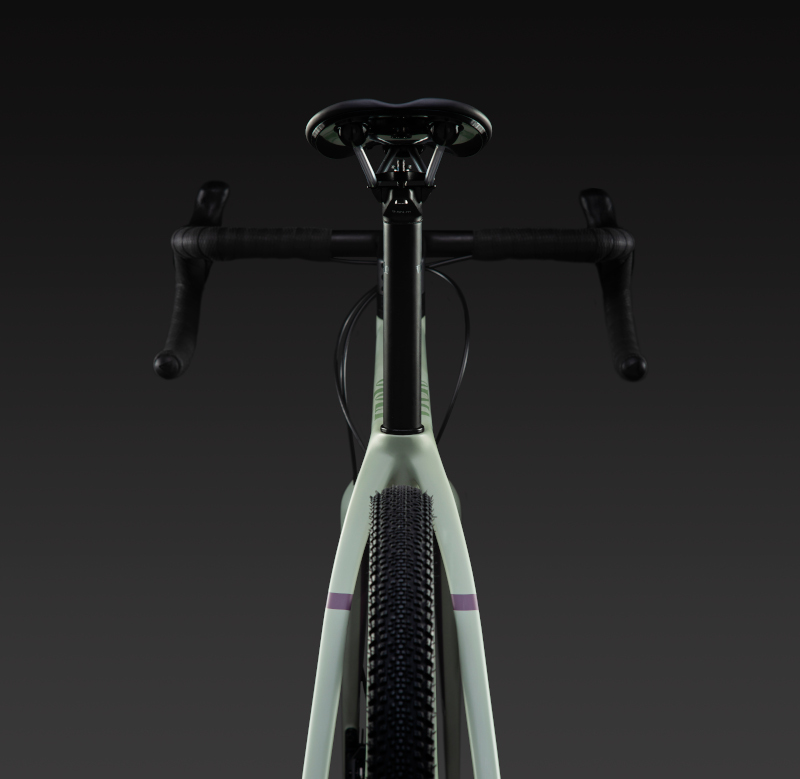 WATCH: ANNEMIEK VAN VLEUTEN SOLO TO VICTORY AT THE TOUR OF FLANDERS